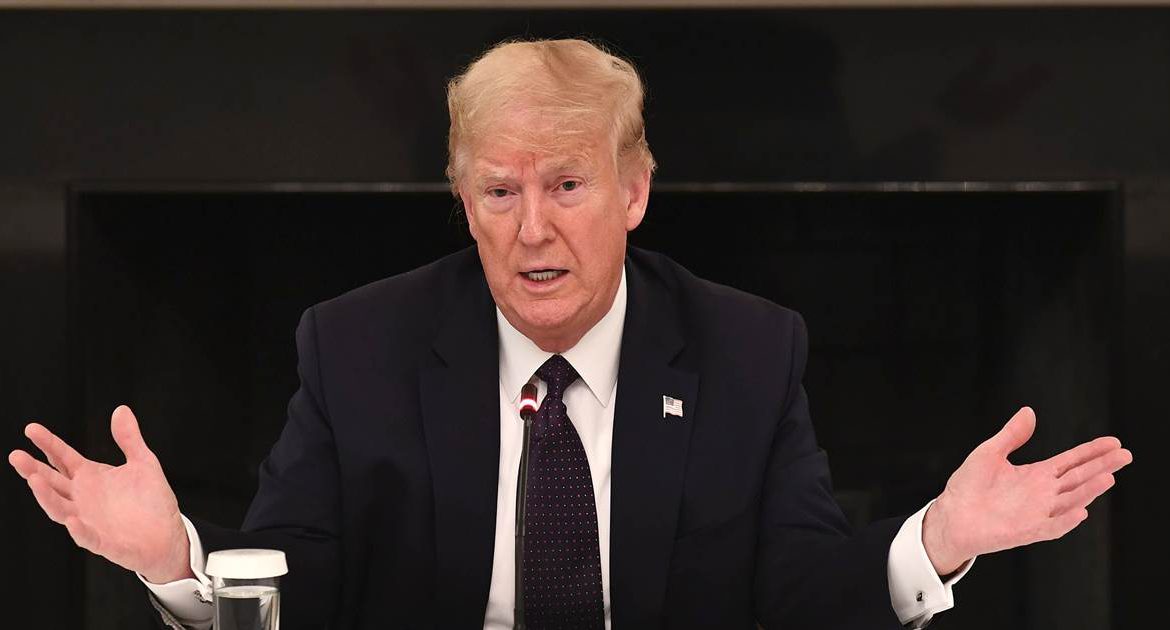 President Donald Trump said Monday that he has been taking hydroxychloroquine, an unproven treatment for COVID-19 that he has vigorously promoted.

Trump said that he doesn’t believe he was exposed to the virus but that he decided to take the drug after having consulted with the White House physician. He also claimed that essential workers, including doctors and nurses, were taking the drug to prevent contracting the disease caused by the coronavirus.

Sean P. Conley, the White House physician, said in a statement later Monday that he discussed the drug with the president.

“After numerous discussions he and I had for and against the use of hydroxychloroquine we concluded the potential benefit from treatment outweighed the relative risks,” Conley wrote.

Asked if Trump was prescribed the medication by Conley, White House Director of Strategic Communications Alyssa Farrah told NBC News, “Yes — he was prescribed it and took it.”

A White House official familiar with the president’s decision told NBC News that Trump started taking the drug after his valet tested positive for coronavirus earlier this month. The president said at the time that he had “very little contact” with the valet, but the White House official said Trump discussed taking hydroxychloroquine with his doctor and weighed the risks before deciding to take it.

White House aides were caught off guard by Trump’s decision to publicly disclose he was taking the drug. The White House official said only a small group of aides knew the president was taking it.

The Food and Drug Administration has warned against using the drug for COVID-19 outside of hospital settings because of a risk of serious heart problems. Hydroxychloroquine is an antimalarial drug that is often used to treat lupus and rheumatoid disease. There are no approved treatments for COVID-19.

Pressed on why he was using an unproven therapeutic, Trump said: “Because I think it’s good. I’ve heard a lot of good stories.

Dr. Vin Gupta, a pulmonologist and global health policy expert who is an NBC News and MSNBC contributor, said hydroxychloroquine can cause fatal heart arrhythmia.

He said it was unwise to take a medicine unless there was a real medical need.

“If I was his physician, I’d be pushing back strongly,” Gupta said.

The president dismissed questions about studies that found that the drug wasn’t an effective treatment for COVID-19, touting a “well-crafted” letter he said he had received from a doctor in Westchester, New York, who claimed to have treated patients with hydroxychloroquine, zinc and the antibiotic azithromycin, a combination known commonly as a Z-Pack.

Trump said he was taking zinc, as well, and he seemed to suggest that he had also previously taken the antibiotic. After some early studies suggested that the drug could help treat patients sickened by the coronavirus, the president promoted it publicly as a “game changer.” But subsequent studies found little evidence that hydroxychloroquine was a helpful treatment and said, instead, that it was increasingly linked to deaths.

“I’ve taken it for a week and a half now, and I’m still here,” Trump said Monday. Minutes earlier, he had said he’d been taking it for “a couple weeks.”

Trump repeatedly said front-line workers were taking the medicine, something medical authorities have acknowledged even as they warn against the practice.

The American Medical Association, the American Pharmacists Association and the American Society of Health-System Pharmacists released a joint statement in April acknowledging “that some physicians and others are prophylactically prescribing medications currently identified as potential treatments for COVID-19.”

“We strongly oppose these actions,” the statement said. “We caution hospitals, health systems, and individual practitioners that no medication has been FDA-approved for use in COVID-19 patients.”

Pressed again for evidence of hydroxychloroquine’s efficacy for COVID-19, the president said: “Here’s my evidence. I get a lot of positive calls about it.”

Expert have said there is no evidence.

“The concern that I have is that people will say, well, the president is using it, it must mean that it works, right?”

Jane C. Timm is a political reporter for NBC News.

Don't Miss it Taxpayers will be on the hook later for today’s COVID-19 largesse: Don Pittis
Up Next True UK coronavirus death toll is over 44,000 – with almost 12,000 in care homes – The Sun