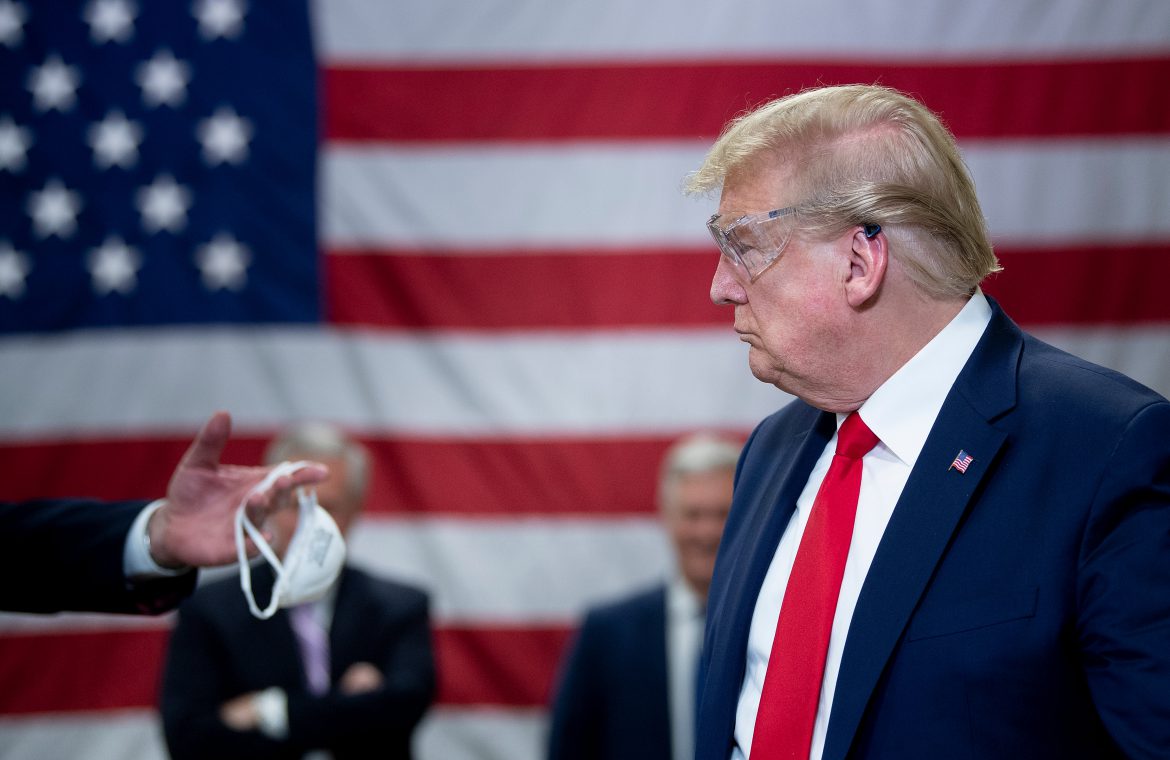 Ford Motor Company said Tuesday that it told the White House that President Donald Trump and other people with him will have to wear masks for coronavirus precautions when he visits a Michigan factory manufacturing ventilators Thursday.

But it’s not clear that Trump, who has shunned wearing a mask, will comply with that directive.

Asked later Tuesday if he will wear a mask at Ford’s Rawsonville Components Plant in Ypsilanti, Trump told reporters, “I don’t know.”

“I haven’t even thought of it,” the president said. “It depends. In certain areas I would.”

“So, we’ll see. Where it’s appropriate, I will”

Whitmer’s spokesman, however, said Tuesday that the Democratic governor will not try to block Trump from visiting the Ford plant.

If he follows Ford’s mask policy, Trump’s visit to the factory could be the first time that he is photographed wearing a mask.

Ford initially did not say that it would stop Trump from entering the plant if he refuses to wear a mask.

“Our policy is that everyone wears PPE [personal protective equipment] to prevent the spread of COVID-19,” Ford said in a statement.

“We shared all of Ford’s safety protocols, including our manufacturing playbook, employee pamphlet and self-assessment survey with the White House ahead of time and in preparation for this trip.”

After this article was first published, Ford issued an updated statement, which said, “The White House has its own safety and testing policies in place and will make its own determination” about whether Trump and his party will wear masks during the visit.

Whitmer’s spokesman Zack Pohl said in an email to media outlets including The Detroit Free Press that “Ford and the UAW [United Auto Workers union] are doing incredible work for the country and their ingenuity will save lives.”

“While the president’s visit is contrary to the governor’s order, this is an opportunity to showcase how important Michigan is to the response to COVID-19 and rebuilding our nation’s economy,” Pohl wrote.

Trump has resisted pressure to wear a mask even as the federal government encourages it for all Americans going out in public.

Last week, the White House told staffers that they had to wear masks or facial coverings when entering the West Wing of the building. That edict came after a personal valet to Trump and Vice President Mike Pence’s spokeswoman tested positive for the coronavirus.

Trump did not wear a mask as a coronavirus precaution during a May 5 visit to a Honeywell factory in Phoenix that is producing millions of N95 masks for the federal government. That was despite the fact that workers on the production line did so, and despite a sign there that said everyone there is required to wear a mask.

Trump earlier had said that he would wear a mask if one was required at the Honeywell facility.

Pence wore a face mask in late April during a visit to a General Motors ventilator factory in Indiana, days after being criticized for failing to wear one during a tour of the Mayo Clinic health facility in Minnesota.

The GM facility requires employees and visitors to wear face masks, as does the Mayo Clinic.

Pence did not wear a mask during a visit to a health-care facility in Alexandria, Virginia, which came the same day as news broke about Trump’s valet testing positive.

The federal Centers for Disease Control in April issued guidance recommending that Americans wear “cloth face coverings in public settings where other social distancing measures are difficult to maintain.”

But Trump said at the time, “I don’t think I’m going to be doing it.”

Don't Miss it Ontario’s cases of COVID-19 jump by 505, with 14 deaths; Ontario cancels classes for rest of school year; Canada and U.S. extend border shutdown to non-essential travel to June 21
Up Next Shops that can reopen now as coronavirus lockdown is eased – and ones that can’t