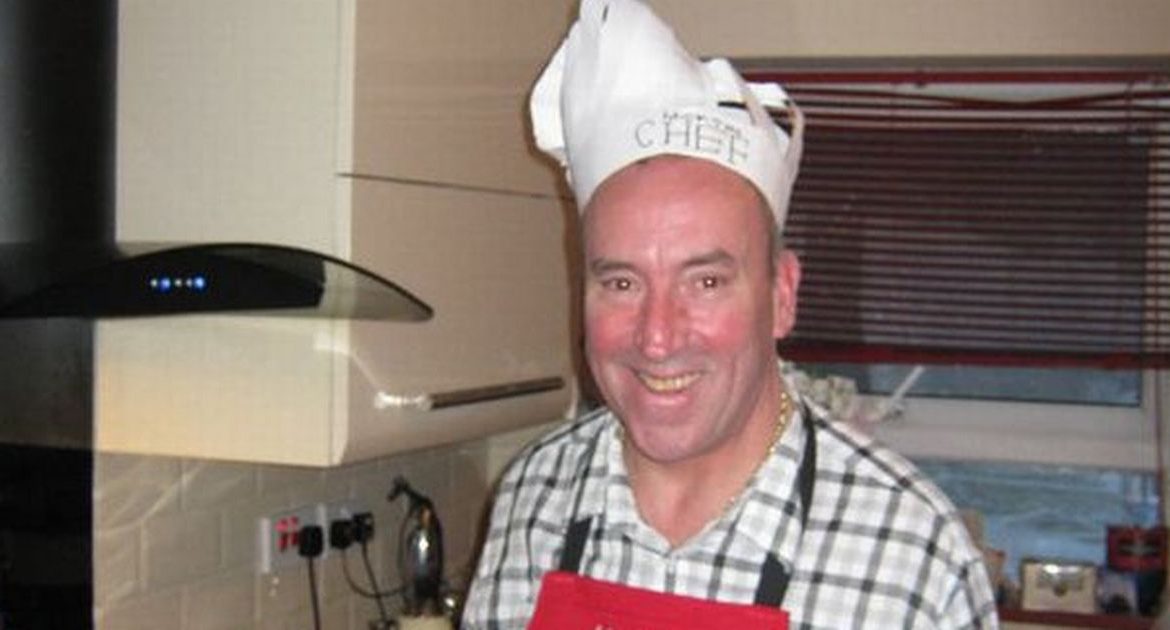 A dad who became the “sickest patient” a hospital had ever seen after he was diagnosed with coronavirus has defied all odds to return home.

He was still receiving chemotherapy treatment, having recently gone into remission with leukaemia when he started feeling ill.

But Liverpool Echo says the father’s symptoms worsened and, one night during lockdown, he struggled to stand up in the bathroom.

Michael was taken to Royal Liverpool Hospital where his condition became critical.

Michael Ellison, 65, was in a critical condition in hospital

However, despite complications and complex surgery, the man was able to return home in Everton, Liverpool, this week.

His daughter Rachel, 40, said: “He’s a walking miracle. A doctor at the hospital said you’re the sickest patient that we’ve ever seen recover from coronavirus.

“He was so critically ill for such a long time it’s just amazing that he’s gone through all that, suffering from the virus and also having to have emergency surgery at the same time.

“We can’t thank all the doctors and other medical staff at the Royal enough for what they did for him. The care he received was brilliant.”

The dad has returned home in Liverpool

Recalling the moment Michael fell ill at home, Rachel said: “It was terrifying. My mum wanted him to go to hospital before that point but he refused.

“He’s only recently gone into remission with leukaemia and he was due to finish his chemo in July, so he was worried about picking something up in the hospital.

“We didn’t think it was the virus because he didn’t have the typical symptoms at first. He had really severe stomach pains and he couldn’t keep any food down but his chemo always used to upset his stomach.

“But when he went into the bathroom that night he was bumping off the walls because he was struggling to even stand up.”

Michael suffered complications, including a twisted bowel, in hospital

Michael’s family had prepared for the worst

Michael’s partner Susan, 66, was only able to visit him on the ward two weeks into the stay.

But, after suffering problems with his liver, bowel and hallucinations, the Liverpool FC fan needed surgery.

Rachel said “we thought we were being called to be told he was going to die.”

“His bowel was twisted which is what was causing his stomach to be in so much pain.

“They said he needed emergency surgery because his bowel was going to rupture and if they didn’t do it there and then it was likely he would die by the next day,” Rachel said.

“They said he had a 50 per cent chance of surviving the surgery and making it off the operation table and he would have to go straight into intensive care if he did.

“The doctor said Michael’s condition had improved from the day before and his water infection had gone, it had given them a window of opportunity and he was willing to take that chance.”

Michael spent time in intensive care but, five days after the operation, tests came back to show he had beaten Covid-19.

He and his family now want to share the story to help others.

Susan and her children welcomed Michael home by cheering and clapping on their road, and singing You’ll Never Walk Alone as he arrived.

Rachel said: “He didn’t know anyone was going to be there and as we came around the corner in the car he started crying. Then I started crying and so did my mum.

“It was so emotional, everyone was so happy to see him.

“It’s just amazing to finally have him home.”

Don't Miss it Coronavirus tips: How to go out and stay safe in a Covid-19 pandemic
Up Next Ontario’s decline in infections has slowed, or even reversed, in recent days; 28 soldiers test positive in long-term-care homes; Honda Indy cancelled due to COVID-19