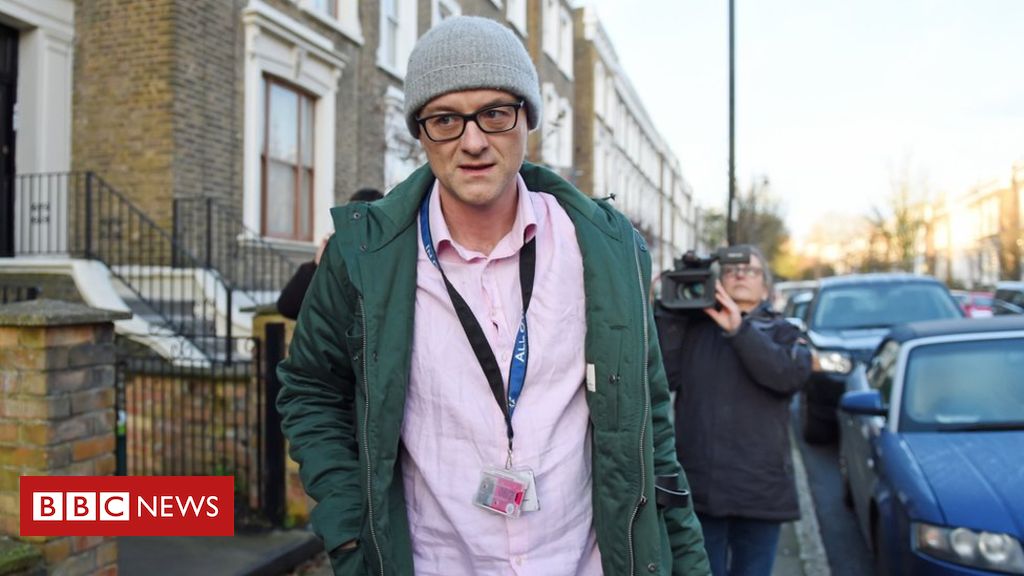 Dominic Cummings travelled hundreds of miles from London to County Durham during the lockdown when he had coronavirus symptoms.

Mr Cummings and his wife went to his parents’ home to self-isolate, a source close to the PM’s chief aide told BBC’s political editor Laura Kuenssberg.

The source insisted Mr Cummings did not break official guidance because the couple stayed in a separate building.

“If accurate, the prime minister’s chief adviser appears to have breached the lockdown rules. The government’s guidance was very clear: stay at home and no non-essential travel,” a spokesman said.

“The British people do not expect there to be one rule for them and another rule for Dominic Cummings.”

The Scottish National Party’s Westminster leader Ian Blackford said Mr Cummings should resign or be dismissed by Boris Johnson and that it was a “key test of leadership” for the PM.

And Ed Davey, acting leader of the Liberal Democrats, added: “If Dominic Cummings has broken the guidelines he will have to resign, it is as simple as that.”

No 10 declined to comment on Friday night after the story was first reported in the Daily Mirror and Guardian newspapers.

Both papers reported Mr Cummings, the former Vote Leave chief who was the architect of the PM’s Brexit strategy, had been approached by the police.

Durham Constabulary said: “On Tuesday, March 31, our officers were made aware of reports that an individual had travelled from London to Durham and was present at an address in the city.

“Officers made contact with the owners of that address who confirmed that the individual in question was present and was self-isolating in part of the house.

“In line with national policing guidance, officers explained to the family the guidelines around self-isolation and reiterated the appropriate advice around essential travel.”

At the time Dominic Cummings had coronavirus, there was only a limited set of reasons for which people were allowed to leave their homes.

And the advice for anyone with symptoms was – and is – not to leave home at all for at least seven days.

Remember there have already been other senior figures involved in tackling the pandemic who have had to resign for breaching lockdown restrictions – Scotland’s Former Chief Medical Officer Catherine Calderwood and a leading scientist Professor Neil Ferguson, who was advising the government.

A source close to Dominic Cummings is insistent that he didn’t break the rules.

But for those at the top to be perceived to even be stretching the rules is damaging.

Along with triggering accusations of hypocrisy, it risks prompting people to question why they should be following the rules, if those involved in imposing them are not.

Government advice on 31 March was for the public to stay at home and only leave their address for clearly defined reasons, including to exercise, essential shopping or for medical needs.

At the time – and as remains the case – those with symptoms of coronavirus are told to self-isolate at home and not leave even for essential supplies, if possible, for seven days.

The source close to Mr Cummings said he had not been spoken to by police, and that he had made the trip because his parents could help care for his young child while he and his wife were both ill with symptoms of coronavirus.

The PM said in a speech on 18 March that “children should not be left with older grandparents, or older relatives, who may be particularly vulnerable or fall into some of the vulnerable groups”.

Former Conservative MP David Liddington, who was de facto deputy PM under Theresa May, told BBC Newsnight: “There’s clearly serious questions that No 10 are going to have to address not least because the readiness of members of the public to follow government guidance more generally is going to be affected by this sort of story.”

Mr Johnson’s positive test for coronavirus was announced on 27 March, and Downing Street said at the time that Mr Cummings did not have symptoms.

On 30 March, it was confirmed Mr Cummings had developed symptoms of the virus and was self-isolating at home.

Mr Cummings was next photographed at Downing Street on 14 April.

Don't Miss it Future of air travel: What could change because of Covid-19?
Up Next Coronavirus live news: Australia hit by $60bn payout error as Trump orders places of worship to reopen | World news