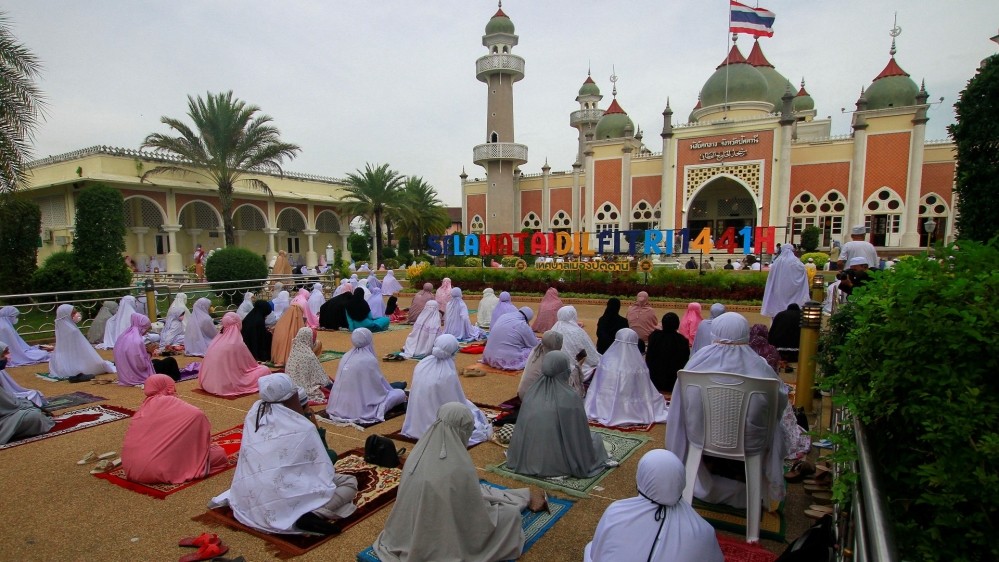 Iraq’s health ministry reported 308 new infections, the steepest single-day spike since late February. At least 4,200 cases and 152 deaths have been reported to date.

Turkey announced 32 new COVID-19 deaths and 1,186 infections in the past 24 hours, the highest number of the week, pushing total cases to 55,686 and deaths to 4,308. An Eid al-Fitr weekend lockdown has been imposed.

Indonesia reported 949 new cases, bringing the nationwide total to 21,745 with 1,351 deaths. As Indonesians shopped in preparation for Eid al-Fitr, a large market in Central Java was shut due to a COVID-19 outbreak.


More than 5.3 million people around the world have been infected with the coronavirus to date, according to Johns Hopkins University. More than 342,000 people have died, while more than two million have recovered.

Australia’s prime minister has stressed the need to create jobs as a way to minimise government welfare spending, while the country’s second-most populous state Victoria set out measures to resume tourism.

“Whether it’s how we access markets, how we deliver assistance, whether it’s to bushfire affected communities … the thing that gets Australia back to where we want to be is making jobs,” Scott Morrison told reporters.

These are his first comments since the Treasury Department flagged last week that Australia had vastly over estimated the initial costs of its coronavirus wage subsidy scheme.

The Korea Centers for Disease Control and Prevention says the new cases raise the overall total to 11,190 with 266 deaths.

It says 17 of the 25 new patients were locally infected while the rest came from overseas.

Brazil has confirmed 22,013 fatalities from coronavirus after 965 more deaths were reported in the last 24 hours.

According to the Health Ministry data, the number of cases jumped to 347,398 with 16,508 new cases registered.

Brazil, which has the largest number of COVID-19 cases and deaths in Latin America, is the second country with the highest number of cases in the world after the US.

Thailand has reported no new coronavirus cases and no new deaths, keeping the total at 3,040 confirmed cases and 56 fatalities since the outbreak began in January.

Sunday was the fourth day in this month that there were no new daily cases, said Panprapa Yongtrakul, a spokeswoman for the government’s coronavirus task force.

There are 2,921 patients who have recovered and returned home since the outbreak started.

Hello, this is Mersiha Gadzo in Doha taking over the live updates from my colleague Ted Regencia in Kuala Lumpur.

Federal Health Minister Greg Hunt said the COVIDSafe app is playing a strong role in Australia’s response to the pandemic and several countries have expressed interest in learning from the positive experience.

The government has said at least 40 percent of Australia’s 26 million people need to use the app for it to be effective. There are approximately 17 million mobile phones in Australia.  If a user is diagnosed, the app works to identify other users who have been in close proximity for 15 minutes or more in the previous three weeks.

Two of the cases had arrived from outside the country, and one had been locally transmitted in the northeastern province of Jilin, which had experienced a minor outbreak.

No new deaths were reported, and 79 people remain in treatment, with another 380 under isolation. China has reported a total of 4,634 COVID-19 deaths out of 82,974 cases.

The total number of cases recorded to date has reached 11,190, while its death toll remained unchanged at 266, the Korea Centers for Disease Control and Prevention said in a statement.

Eight of the new cases came from overseas, and 17 are local infections, the statement said. The total number of people released from quarantine after making full recoveries stood at 10,213, up 19 from a day earlier.

The number of confirmed coronavirus cases in Germany increased by 431 to 178,281, data from the Robert Koch Institute for infectious diseases showed on Sunday.

Muslims in Indonesia are marking a muted holiday of Eid al-Fitr, the end of the fasting month of Ramadan,  a usually joyous three-day celebration that has been significantly toned down as coronavirus cases soar.

The world’s largest Muslim-majority nation, with more than 240 million people, has reported nearly 22,000 infections and 1,350 fatalities, the most in Southeast Asia.

It means no congregational prayers at mosques and open fields, no family reunions, no relatives bearing gifts for children.

Indonesians after Eid al-Fitr prayers, marking the end the holy fasting month of Ramadan, amid the spread of COVID-19 in Bekasi, on the outskirts of the capital Jakarta [Willy Kurniawan/Reuters]

US newspaper The New York Times devoted its entire front page on Sunday to a list of the names of people who died in the coronavirus pandemic.

The names and brief descriptions culled from nationwide obituaries fill six columns under the headline: “US Deaths Near 100,000, an Incalculable Loss,” with a sub-headline reading: “They Were Not Simply Names on a List. They Were Us.”

The all-text list takes the place of the usual articles, photographs and graphics in an effort to convey the vastness and variety of lives lost, according to Simone Landon, assistant editor of the graphics desk.

A tally kept by Johns Hopkins University says more than 97,000 people have died of COVID-19 in the US, while the Worldometers website showed more than 98,000 US deaths.

Mexican health authorities registered 3,329 new cases of the novel coronavirus in the country and 190 new deaths, Reuters news agency reported, quoting a health official. The total number of cases in the country has hit 65,856 with at least 7,179 deaths.

The University of Oxford’s COVID-19 vaccine trial has only a 50-percent chance of success as coronavirus cases ebb in the UK, the professor co-leading the development of the vaccine told the Daily Telegraph newspaper.

Adrian Hill, director of Oxford’s Jenner Institute, which teamed up with drugmaker AstraZeneca Plc to develop the vaccine, ChAdOx1, said an upcoming trial involving 10,000 volunteers threatened to return “no result” due to low COVID-19 transmission in the community.

“At the moment, there’s a 50-percent chance that we get no result at all,” Hill told the British newspaper.  Human trials of the vaccine started in April.

Another three infections have been recorded since Friday afternoon, raising the nation’s total to 2,876. The number of patients on ventilators stands at 20, while 99 have left intensive care.

Greek authorities say they have administered 152,998 tests for the disease.

Brazil registered 965 new coronavirus deaths on Saturday, taking the total number of deaths to 22,013, the Ministry of Health said.

The country now has 347,398 confirmed cases, according to the ministry, up 16,508 from Friday, when it surpassed Russia to become the world’s virus hot spot behind the US.

Argentina extended a mandatory lockdown for the capital, Buenos Aires, until June 7, President Alberto Fernandez has announced, after the city saw a steady increase of coronavirus cases in recent days.

Argentina’s lockdown, which was due to expire on Sunday, has been in place since March 20, though officials relaxed restrictions in some areas of the country.

You can find all the updates from yesterday, May 23, here.

Don't Miss it Coronavirus live news: Wuhan lab had bat viruses but not Covid-19 strain as Australia border row simmers | World news
Up Next Can we eradicate COVID-19 in Australia, and is that something we should aim for? | ABC News