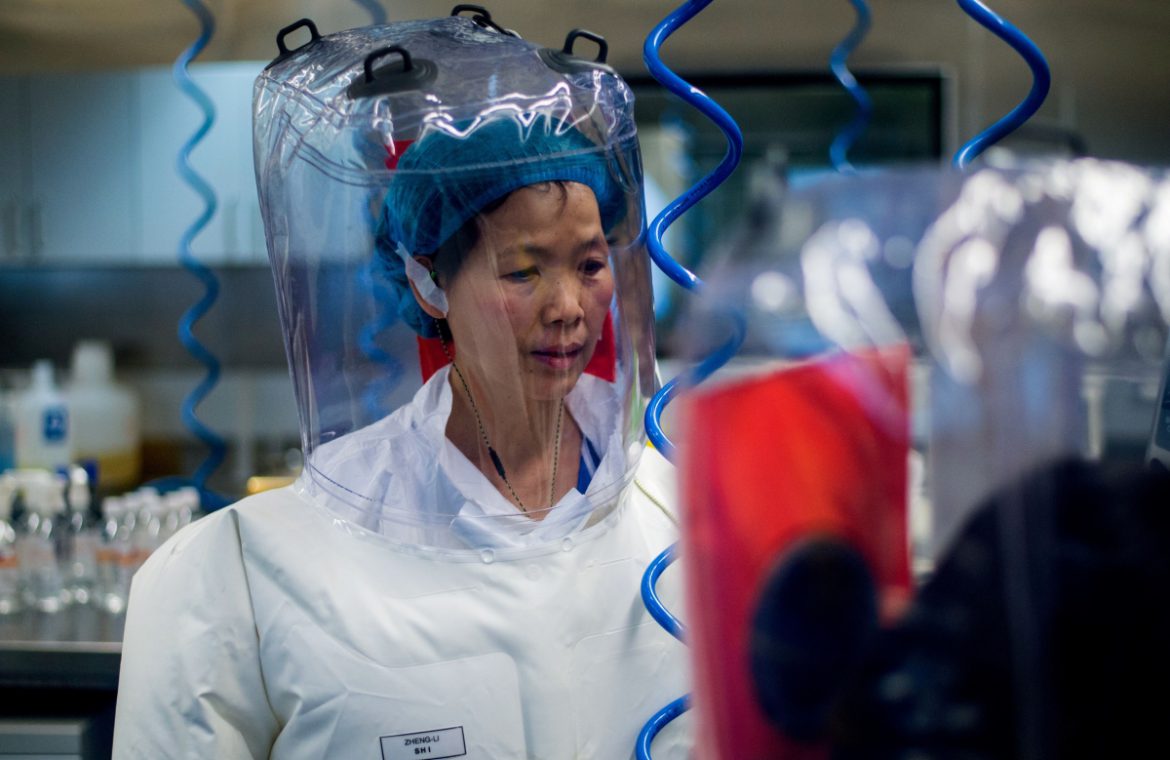 THE Chinese virologist at the centre of the coronavirus outbreak mystery has warned the pandemic is just “the tip of the iceberg.”

Shi Zhengli, known as ‘bat woman’ for her work researching diseases in the animals, worryingly claims more deadly epidemics are on the way.

Virologist Shi Zhengli pictured inside the P4 laboratory at the Wuhan Institute of VirologyCredit: AFP or licensors

The expert issued her chilling message to the world in a new interview with the Chinese television network CHTN.

And she claimed countries need to urgently ramp up their research into the threat of deadly zoonotic diseases – those passed from animals to humans.

She also called for greater international cooperation in the fight against epidemics, despite claims China initially covered up the danger posed by coronavirus.

More than 5.5 million people have been infected and nearly 350,000 have died from coronavirus, which is thought to have jumped from bats to human in Wuhan late last year.

And Wuhan Institute of Virology scientist Shi revealed new and potentially worse viruses are being discovered even as the world continues to fight the current pandemic.

Zhengli was initially silenced by the Chinese authorities it was claimed

She is known as ‘bat woman’ for her work researching the animalsCredit: AsiaWire

“If we want to prevent human beings from suffering from the next infectious disease outbreak, we must go in advance to learn of these unknown viruses carried by wild animals in nature and give early warnings,” she said.

“If we don’t study them there will possibly be another outbreak.”

Shi was reportedly called to the outbreak city when it first surfaced last December.

She later admitted she initially feared the virus could have accidentally leaked from her laboratory.

However, she then claimed she felt enormous relief when it was established that Covid-19’s genetic sequence did not match any she had previously studied.

But she continues to be dogged by rumours and conspiracy theories.

At one point she had to deny reports she had tried  to “defect with secret files” from the Wuhan science hub.

The under-fire Wuhan Institute of Virology in China’s central Hubei provinceCredit: AFP – Getty
Circled a broken seal on a store at the lab containing 1,500 virus strains

Rumours spread across social media claiming she and her family had escaped from China, bringing hundreds of confidential documents to the US embassy in Paris.

It was reported last month that Shi was called back to her high security lab at the end of last year after a mysterious new respiratory condition was identified as a new form of coronavirus.

Her team’s work was said to have revealed the virus was linked to horseshoe bats found more than 1,000 miles away in Yunnan, a region of southern China.

Gao Yu, a Chinese journalist, said of Shi: “We learned later her institute finished gene-sequencing and related tests as early as January 2 but was muzzled.”

At the weekend, a top level scientific report claimed coronavirus was “uniquely adapted to infect humans” raising fears it may have been made in a Chinese lab.

Scientists from the Wuhan Institute of Virology are known to have studied wild batsCredit: EcoHealth Alliance

A team of top researchers have said those looking into the origins of the outbreak should probe the possibility it “leaked” from the science hub in Wuhan.

Professor Nikolai Petrovsky, who headed the Australian team, said the virus was not typical of a normal animal-to-human infection as it had the “exceptional” ability to enter our bodies immediately.

And the expert said the “remote” possibility it may have somehow escaped from a testing lab could not be ruled out.

Petrovsky, a professor of medicine at Flinders University in Adelaide, runs a research unit which will start human trials for a vaccine next month.

He told The Mail on Sunday when a new virus crosses over from animals to humans it normally strengthens as it adapts to its new host.

However, for reasons which cannot yet be explained, the new coronavirus seems perfectly adapted to infect humans.

The Professor said the most closely related known viruses were studied at the Wuhan lab.

“The implications may not be good for scientists or global politics, but just because the answers might cause problems, we can’t run away from them,’ he said.

“There is currently no evidence of a leak but enough circumstantial data to concern us. It remains a possibility until it is ruled out.”

And he said the lab should not be overlooked in the ongoing search for the origins of the outbreak.

He added: “This is either a remarkable coincidence or a sign of human intervention. It is possible the virus was a fluke event and it turns out humans were the perfect host.”

The claims will spark fears the deadly virus was manufactured in a laboratory in order to penetrate human cells.

Shocking leaked photos – which reveal a scandalous lack of safety – were deleted from the website of under-fire institution.

US and British intelligence officials suspect bungling scientists at the Wuhan institute accidentally spread the killer disease during risky coronavirus tests on bats.

It was claimed that Covid-19 was “developed in the Wuhan lab as China hoped to prove it’s greater than the US at battling deadly diseases”.

However, its director this weekend blasted claims the pandemic originated at the laboratory.

Wang Yanyi was quoted in Chinese state media as saying such claims are “pure fabrication.”

She said the institute did not have “any knowledge before that nor had we ever met, researched or kept the virus.”

Wang added: “In fact, like everyone else, we didn’t even know the virus existed, so how could it be leaked from our lab when we never have it?”

Most scientists say the novel coronavirus passed from bats to humans through an intermediary species that was likely sold at a wet market in Wuhan late last year.

And the scientific community has mostly rejected the idea that the virus could have been engineered in a lab.

Coronavirus DID leak from Wuhan lab as mutation could ONLY have been man-made, expert claims