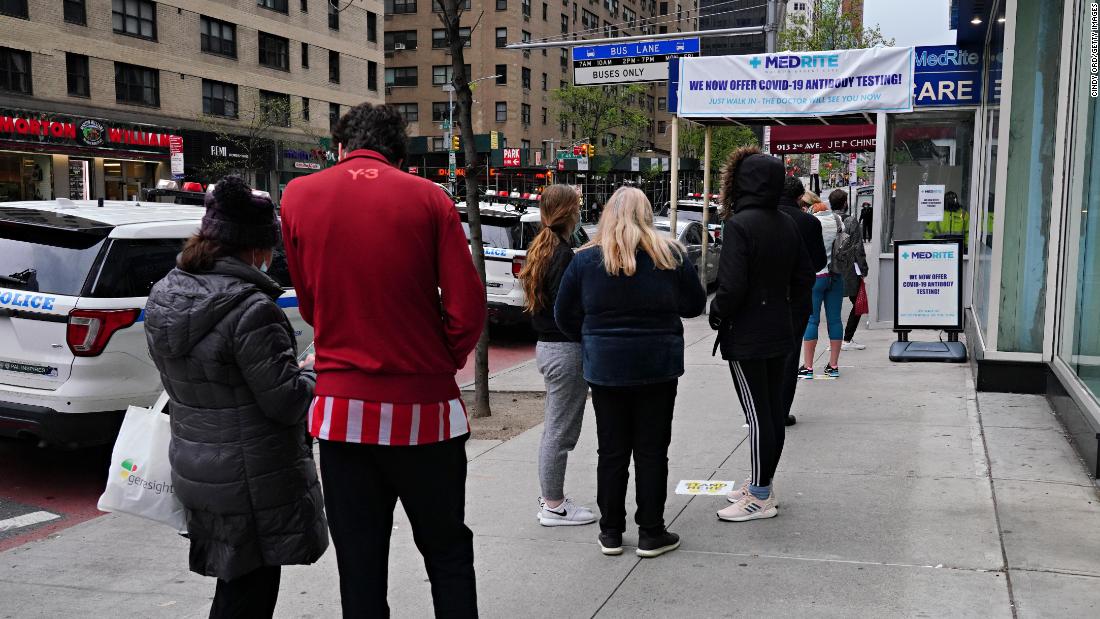 Antibody tests, often called serologic tests, look for evidence of an immune response to infection. “Antibodies in some persons can be detected within the first week of illness onset,” the CDC says.

“Serologic test results should not be used to make decisions about grouping persons residing in or being admitted to congregate settings, such as schools, dormitories, or correctional facilities,” the CDC says.

“Serologic test results should not be used to make decisions about returning persons to the workplace.”

Health officials or health care providers who are using antibody tests need to use the most accurate test they can find and might need to test people twice, the CDC said in the new guidance.

“In most of the country, including areas that have been heavily impacted, the prevalence of SARS-CoV-2 antibody is expected to be low, ranging from less than 5% to 25%, so that testing at this point might result in relatively more false positive results and fewer false-negative results,” the CDC said.

The higher the sensitivity, the fewer false negatives a test will give. The higher the specificity, the fewer false positives. Across populations, tests give more accurate results if the disease being tested for is common in the population. If an infection has only affected a small percentage of people being tested, even a very small margin of error in a test will be magnified.

If just 5% of the population being tested has the virus, a test with more than 90% accuracy can still miss half the cases.

It’s a point that’s been made frequently in recent weeks by public health experts, but the CDC spells out the problem in the new advice on antibody testing.

A false positive will lead someone to believe they have been infected when in fact they have not been. There’s little evidence now about whether having been infected gives people immunity to later infection, but doctors worry that people will behave as if they are immune if they get a positive antibody test.

“It cannot be assumed that individuals with truly positive antibody test results are protected from future infection,” the CDC says in the updated guidelines. “Serologic testing should not be used to determine immune status in individuals until the presence, durability, and duration of immunity is established.”

The new CDC guidelines echo advice from groups such as the University of Minnesota, which cautions against using antibody tests to make policy decisions.

The CDC explains why testing can be wrong so often. A lot has to do with how common the virus is in the population being tested. “For example, in a population where the prevalence is 5%, a test with 90% sensitivity and 95% specificity will yield a positive predictive value of 49%. In other words, less than half of those testing positive will truly have antibodies,” the CDC said.

“Alternatively, the same test in a population with an antibody prevalence exceeding 52% will yield a positive predictive greater than 95%, meaning that less than one in 20 people testing positive will have a false positive test result.”

Therefore, its best to use tests with high specificity — which are unlikely to throw up a lot of false positives — and in populations where doctors suspect there are many cases,” the CDC said.

The Food and Drug Administration has also cautioned about the accuracy of antibody tests.

Don't Miss it Delivery services booming during coronavirus pandemic | 7.30
Up Next Tory privatisation is at the heart of the UK’s disastrous coronavirus response | George Monbiot | Opinion