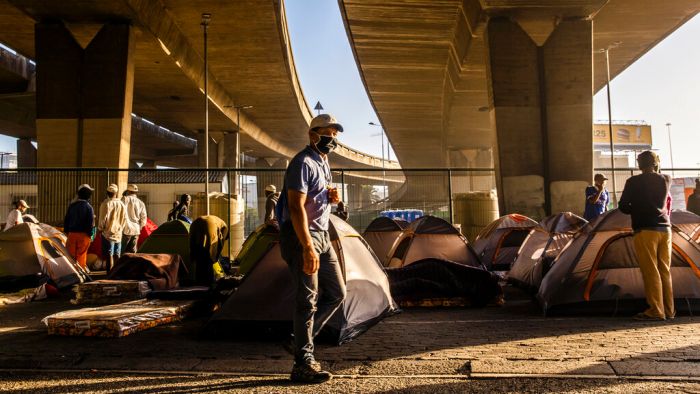 Hundreds of people flee quarantine centres in Zimbabwe and Malawi, sparking fears of a surge in cases which may overwhelm the weak health systems of the African nations, meanwhile, South Koreans are returning to strict lockdown measures, after 79 new cases were announced.

This story will be regularly updated throughout Friday.

Searches have begun after hundreds of people, some with coronavirus, fled quarantine centres in Zimbabwe and Malawi, which has triggered fears for the countries’ compromised health systems.

In Malawi, more than 400 people recently repatriated from South Africa and elsewhere fled a centre at a stadium, jumping over a fence or strolling out the gate while police and health workers watched.

Police and health workers told reporters they were unable to stop them as they lacked adequate protective gear.

At least 46 escapees had tested positive for the virus. Some of those who fled told reporters they had bribed police.

And in Zimbabwe, police spokesman Paul Nyathi said officers were “hunting down” more than 100 people who escaped from a centre where a 21-day quarantine is mandatory for those returning from abroad.

“They escape and sneak into the villages … We are warning people to stop sheltering them. These escapees are becoming a serious danger to communities,” Mr Nyathi said.

Nearly all of Zimbabwe’s 75 new cases this week came from the centres that hold hundreds of people who have returned, sometimes involuntarily, from neighbouring South Africa and Botswana.

The quarantine centres have become “our source of danger,” Health Minister Obadiah Moyo told a special parliamentary committee this week.

Both Zimbabwe and Malawi have fewer than 200 confirmed cases but regional power South Africa, where many in both countries go to seek work, has more than 25,000.

South Africa has the most cases in Africa, where the continent-wide total is nearly 125,000.

South Korea re-imposes restrictions At the beginning of the pandemic, South Korea was lauded for its strict contact-tracing regime.(AP: Ahn Young-joon, File)

South Korea reported 79 new coronavirus cases on Thursday, the most in nearly eight weeks, triggering the return of tougher social distancing curbs amid the spectre of a second wave of disease in a country praised for containing the first outbreak.

At least 82 cases this week have been linked to a cluster of infections at a logistics facility run by Coupang, one of the country’s largest online shopping firms, in Bucheon, west of Seoul, the Korea Centres for Disease Control and Prevention (KCDC) said.

About 4,100 workers, including 603 delivery people, at the warehouse were believed to have not properly followed social distancing and protective measures, such as mask wearing, KCDC deputy director Kwon Jun-wook told a briefing.

Coupang, one of a group of e-commerce firms whose plants have scrambled to fill a surge in demand, has said the Bucheon centre was disinfected every day, with all employees wearing masks and gloves and their temperatures checked.

Read more about coronavirus:Indian cases continue to surge On May 4, India eased lockdown rules and allowed migrant workers to travel back to their homes.(AP: Rajanish Kakade)

The surge comes as Prime Minister Narendra Modi’s government prepares a new set of guidelines to be issued this weekend, possibly extending a two-month lockdown in the worst-hit areas while also allowing some economic activity.

The Health Ministry also reported another 194 deaths, bringing the country total to 4,531.

The country’s top court, meanwhile, ordered authorities to provide free train rides and food and water to migrant workers returning to their villages after losing jobs because of the pandemic.

Find out moreBank of England recommends more stimulus Britain, the world’s sixth-largest economy, will have to contend with the ramifications of Brexit and COVID-19.(Shaun Curry, file photo: AFP)

Britain’s economy is unlikely to recover fully from the “searing experience” of the coronavirus in the next two to three years, Bank of England policymaker Michael Saunders has warned, adding it would be better to do too much stimulus than too little.

Even as the lockdown eases, fears of further job losses and companies going bust, as well as a possible second wave of COVID-19 infections, would weigh on the economy, he said.

“The searing experience of such a dramatic drop in incomes, jobs and profits is likely to have lasting behavioural effects, as after previous crises,” Mr Saunders said.

“If unchecked, there are risks of a vicious circle, whereby the economy gets stuck in a self-feeding loop of weak activity, pessimistic expectations and low investment.”

The BoE published a scenario on May 7 showing economic output would return to pre-COVID levels next year, despite a historic 25 per cent fall pencilled in for the current quarter.

The Premier League plans to restart on June 17 after a 100-day shutdown caused by the coronavirus pandemic, with new staggered kick-off times to make sure every game can be shown on television as fans are prevented from attending games.

The clubs agreed Thursday that the competition should resume with a Wednesday night double-header featuring Manchester City playing Arsenal and Aston Villa hosting Sheffield United — two games that were postponed during earlier rounds.

However, the league still needs formal approval from the UK Government.

“This date cannot be confirmed until we have met all the safety requirements needed,” Premier League chief executive Richard Masters said, “as the health and welfare of all participants and supporters is our priority.”

After those makeup games are played, the 30th round will start on Friday, June 19 at 8:00pm (local time) — if authorities approve safety plans.

Philippine President Rodrigo Duterte eased one of the toughest and longest lockdowns in the world for residents in the capital of Manila from June 1, even as the country saw its biggest spike in coronavirus cases on Thursday.

The Philippines reported 539 infections on Thursday, the highest daily tally since it recorded its first case of the coronavirus in January.

“For me, this does not look bad,” Mr Duterte.

His health minister, Francisco Duque, said 90 pe cent of the country’s COVID-19 cases are “mild,” and only less than 2 per cent are “severe and critical.”

Manila’s lockdown will this weekend surpass the 76-day quarantine of Wuhan, the Chinese city where the first outbreak of the coronavirus was detected.

French beaches and cafes to slowly reopen, with exceptions in Paris As France gradually re-opens from lockdown, parts of Paris may still be under coronavirus restrictions.(Reuters: Jacky Naegelen)

France will allow restaurants, bars and cafes to reopen from June 2, though with more restrictions in Paris than elsewhere, Prime Minister Edouard Philippe said on Thursday as he announced the next phase in easing the country’s coronavirus lockdown.

The Government is also lifting a nationwide 100 km travel restriction and will reopen beaches and parks from next week.

Mr Philippe said he was in favour of removing border restrictions within Europe’s Schengen area without quarantine rules from June 15.

“Freedom will become the rule, bans the exception,” Mr Philippe said in a televised address.

The spread of the virus is slowing quicker than hoped for and Paris is no longer deemed a “red zone” coronavirus hot-spot, the Prime Minister said.

But danger still lurked and there was no room for complacency, he said.

The greater Paris region is now an “orange” zone, meaning it not as virus-free as almost all other regions designated “green”, and the easing of restrictions will be more cautious, Mr Philippe said.

Finland and Denmark both say re-opening schools has not resulted in any surge surge in coronavirus cases.

Finland started to reopen schools and day care centres from May 14 following an almost two-month shutdown.

Denmark was one of the first countries to reopen society on April 15 after a one-month lockdown, allowing students up to fifth grade back in school.

“The time has been short, but so far we have seen no evidence,” Mika Salminen, director of health security at the Finnish Institute of Health and Welfare, told a news conference.

The National Museum in Prague has put on display the most visible symbol of the nation’s response to the coronavirus — face masks.

The Czech Government made wearing masks in public mandatory in mid-March, when amid an initial shortage, many people started making their own masks.

Some of the masks featured in the museum exhibition were made by leading fashion designers, while others are the handiwork of creative home crafters.

One example exhibited is a mask with a flap strategically placed with velcro to allow for drinking and staying safe.

This mask was made with a Velcro flap to assist the wearer in consuming drinks.(Reuters: David W Cerny)

“If we want to leave a legacy for future generations, this collection of face masks says only positive things about us,” National Museum spokeswoman Lenka Bouckova said Thursday.

“That as a nation we are able to face a challenge in a positive way and we are able to stick together. The face masks are a clear expression of that.” 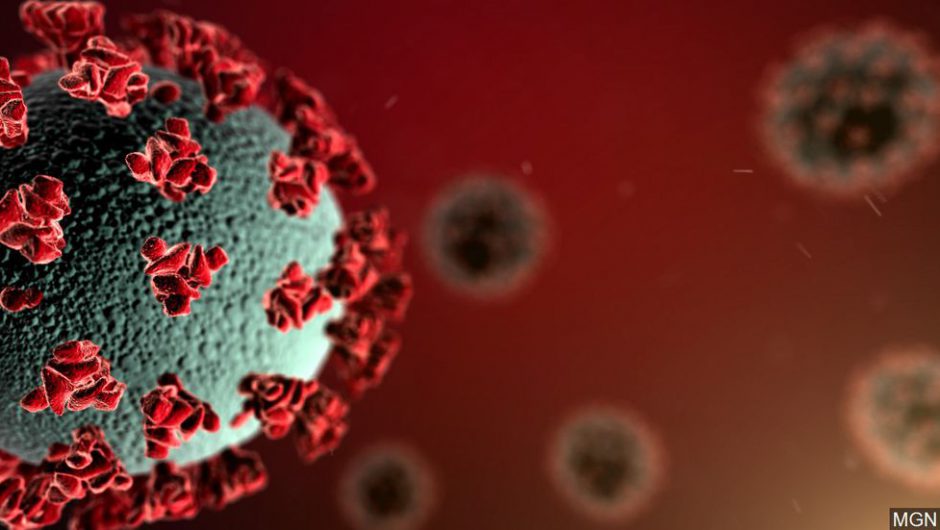 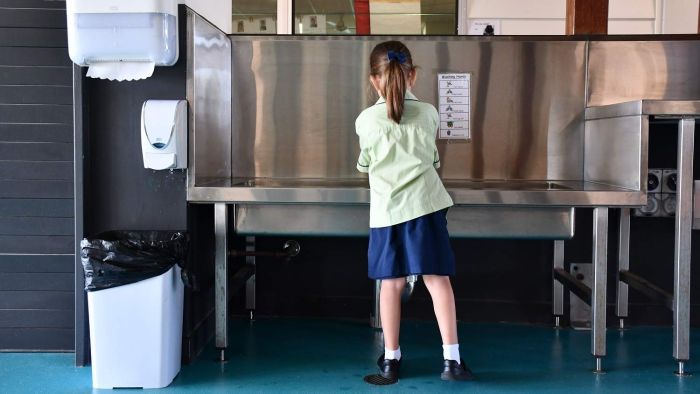 Closing schools has been one response around the world to try to stop the spread of COVID-19. In Australia, states… 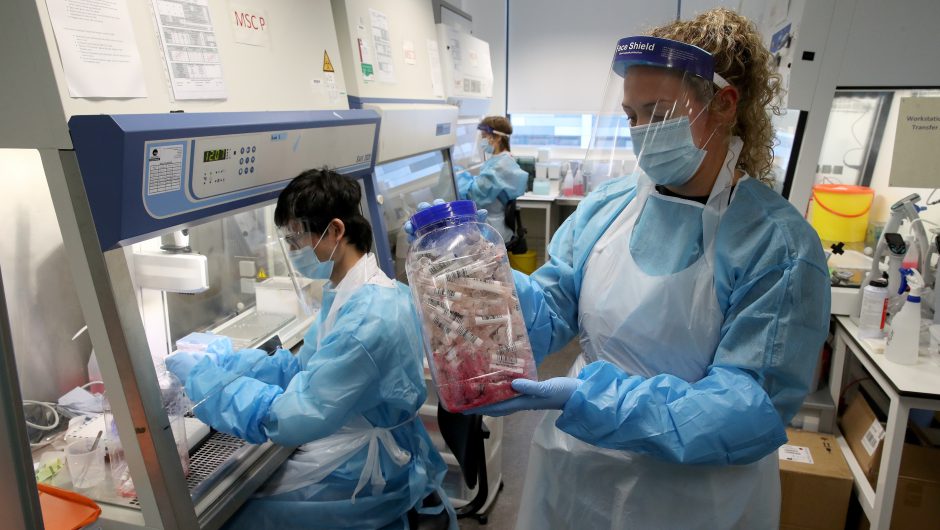 I’ve been bombarded with emails and messages from data scientists who firmly believe that the trend to Covid-19 infections, based… 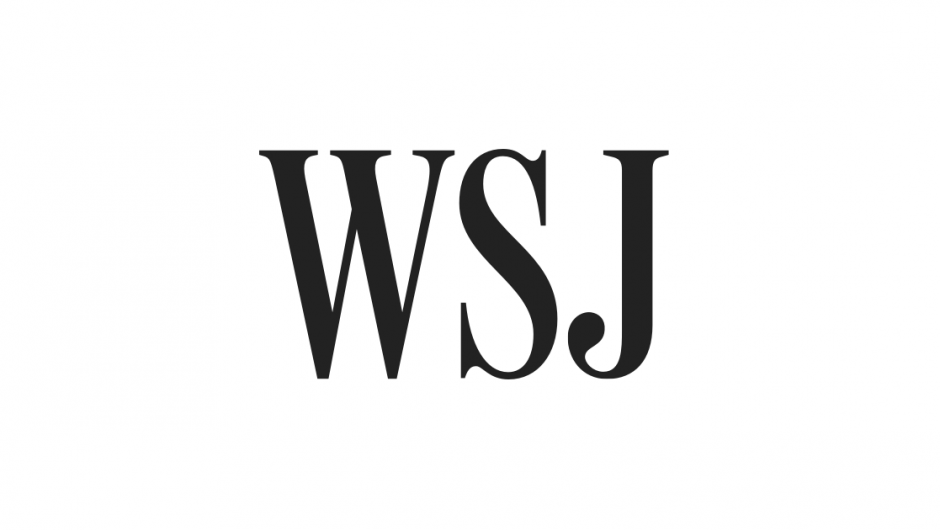 This article will be updated as new information becomes available. ALABAMA—Some restrictions lifted Travel outside home: Residents are encouraged to… 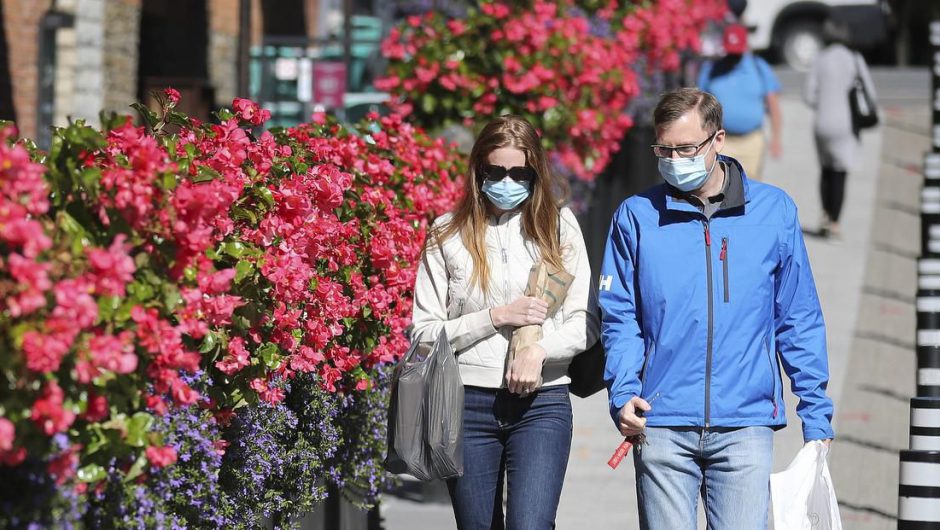 The latest coronavirus news from Canada and around the world Sunday. Web links to longer stories if available. 12:15 p.m.:…