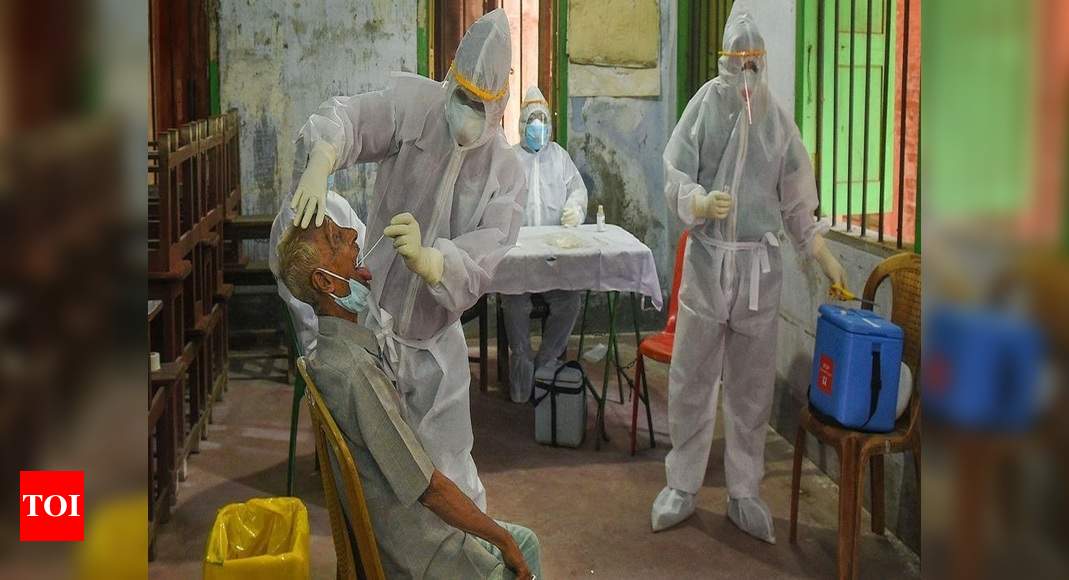 NEW DELHI: India’s Covid-19 caseload went past 1.75 lakh on Saturday, three days after crossing the 1.5 lakh milestone, as the number of new infections touched another new peak, going past 8,000 for the first time in a single day. Fresh cases have risen to new highs in seven of the last 10 days.
The countrywide coronavirus-related death toll crossed the 5,000 mark, as 200 fatalities were reported on Saturday, the second highest number after Friday’s figure of 270. India had recorded 1,76,823 Covid-19 cases, as per confirmed reports from state government till late on Saturday, with 8,026 fresh cases.
While Maharashtra continued to report the highest numbers — 2,940 cases, equalling the second-highest count for the state in a single day — at least four states recorded their biggest spike in cases on the day. These were Delhi (1,163 cases), Tamil Nadu (938), Odisha (120) and Jharkhand (71).
Besides, the infection continued to surge in Gujarat, which reported 412 fresh cases, Bengal (317), Uttar Pradesh (262), Madhya Pradesh (246), Bihar (208), Haryana (202) Karnataka (141), Assam (128) and others.

Meanwhile, more than 4,300 Covid-19 patients were discharged after being cured, taking the total recoveries from the infection to 86,660.
Mumbai, the worst hotspot in the country, added 54 deaths to its toll – the highest in a single day. While the city’s total Covid-19 toll stands at 1,227, BMC officials said 14 of the 54 deaths added on Saturday had occurred a few days ago.
Maharashtra’s case tally reached 65,168 after Saturday’s count of 2,940, which equals the second highest daily tally on May 22. The highest single-day tally for the state was 3,041 on May 24.
State health minister Rajesh Tope said there were 34,881 active cases in the state. On Saturday, 1,084 patients were discharged, taking the total number of patients discharged to 28,000 so far.
Gujarat became the second state in the country to have more than 1,000 deaths related to the pandemic, with 27 fatalities reported on Saturday. The state has among the highest fatality rates in the country at 6.2%.
Gujarat also became the fourth Indian state to cross 16,000 total Covid-19 positive cases. The state added 1,000 new cases in three days and 100 deaths in four days. Gujarat has lost an average of nearly 15 lives to Covid-19 every day since its first death on March 23. In past 24 hours, Ahmedabad district recorded an average of one death every hour.
Cases were surging in cyclone-ravaged Bengal as well. The state reported 317 new cases even as the total count crossed 5,000.
In J&K, which is again seeing a surge in cases, 10 pregnant women were among 177 new infections reported during the day.
In Odisha, as the state saluted the spirit of Covid-19 warriors, four frontline workers were among 120 who tested positive for the virus, in the single-day biggest so far. The surge saw the total number of positive cases climb to 1,843.
Altogether 208 new Covid-19 cases were reported on Saturday in Bihar, including three from Patna, taking the total to 3,565. With the health department confirming four deaths, the toll has now risen to 21. So far, 1,311 people have recovered and the number of active cases stands at 2,234.