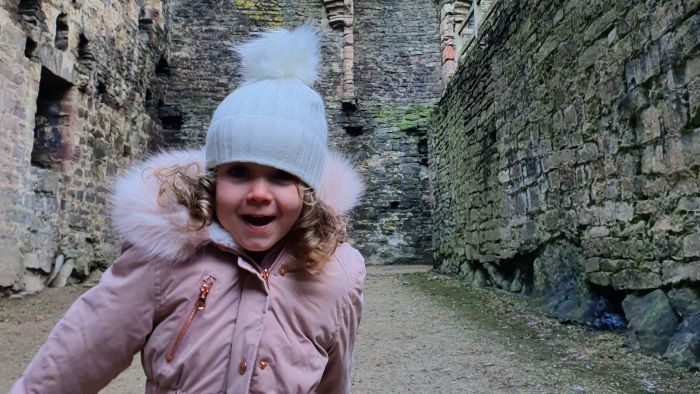 On February 26 I wrote about how the emerging threat of coronavirus wasn’t going to derail my family’s trip to Italy. I was wrong.

I’m still getting emails about it from readers asking how it turned out — some out of genuine concern, a lot out of schadenfreude.

We failed to realise how significant the act of travel itself was in enabling the virus to spread faster than authorities could contain it.

Italy will reopen its borders on June 3. When it became the first European country to lock down on March 9, we were just about to fly into Rome.

The world was changing its stance on coronavirus at a rapid rate, and our trip was unravelling just as fast.

Things felt very different on March 1 when we set off.

Time has become so warped during the COVID-19 pandemic that it’s hard to comprehend that just two months ago, nobody was being told not to travel, let alone to “stay home”.

Before we left, the centre of the outbreak in Italy was rated at the second-lowest level on Smart Traveller, while the rest of Italy was Level 1 — no restrictions on travel.

My logic at the time was: “If we were rich enough, we’d probably postpone the holiday to a later time, just in case, and absorb whatever extra costs that entailed.”

But we were not rich enough. We chose to risk it.

This chart uses a logarithmic scale to highlight coronavirus growth rates. Read our explainer to understand what that means — and how COVID-19 cases are spreading around the world.Why even think about travelling?

This was meant to be a once-in-a-decade kind of trip for me, my wife and our two small daughters. We were to spend a week in the UK, then time in Rome before finally meeting up with our extended family in Sicily.

My parents were taking Nonna’s ashes back to her hometown in Abruzzo before joining us near Catania — a task they were thankfully able to complete before Italy went into lockdown.

Everyone was looking forward to warmer weather once we got to Italy, but it wasn’t to be.(ABC News: Dan Colasimone)

A number of us are celebrating landmark birthdays this year, including both my dad turning 70 and my youngest daughter, Rafi, turning one during that week in Sicily.

We’d booked in November before there was any whiff of a virus that was going to shut the whole world down.

Knowing the plane journey would likely be a nightmare with two little ones, we made sure we talked up the Italy trip for months to our two-year-old, Mae, who was learning a handful of Italian words and was very enthusiastic about a land where she would be allowed to eat pizza, pasta and gelato every day.

Indeed, the flights were a nightmare. The two of them turned into chaos imps — ferociously resisting sleep despite desperately needing it, burning through the myriad of activities we’d brought them and making it near-impossible for mum and dad to sleep, eat or relax for the entire time.

The plane was chock-full, with no signs of a drop-off in travel. We didn’t know at the time the trip back would be worse.

Rafi not appreciating the miracle of air travel.(ABC News: Dan Colasimone)Talk of a virus, but no panic

Staying with my aunt and uncle in Chester, north-west England, as the number of cases in Britain grew, we heard about their COVID-19 concerns as elderly citizens. At that stage it only seemed to be the older generation who were truly worried.

In Italy, the scale of the disaster in the northern region of Lombardy was becoming clearer, but it still appeared that the area had been successfully locked down and places like Rome and Sicily were relatively unaffected.

Meanwhile, British people were going about their lives, drinking in pubs and shopping at markets.

The novelty of England’s squirrels almost made up for a lack of pizza and gelato.(ABC News: Dan Colasimone)The scale of the disaster in Italy becomes apparent

Two days before we were due to fly to Rome, Italy went into lockdown.

Just before we left there were 322 confirmed cases and 11 deaths.

When lockdown was enforced on March 9, known cases had risen to 7,375, with 366 fatalities.

We now know there were many thousands more undetected cases. Italy now has more than 31,000 deaths from COVID-19.

For us, it was now time to scramble. We extended our stay in Windsor by a night to give us more time to decide what to do.

At the train station we saw people on their way to the Cheltenham racing festival, which attracts hundreds of thousands of punters, and which went ahead, somewhat controversially, from March 10 to 13.

We hadn’t intended to venture into London at all, but that became our back-up plan. We booked an apartment in Pimlico for four days, repeating the “strange days indeed” conversation with each new Airbnb host.

We broke the news to Mae that we weren’t going to Italy anymore. It was heartbreaking to tell her after we’d been selling the whole trip to her as an Italy adventure.

She took it reasonably well — ie, there were no screaming tantrums — but did keep repeating the question for the next few days: “We can’t go to Italy because lots of people are sick?”

Our original holiday was supposed to last until the end of March, so we genuinely looked at the option of spending a week or two in Croatia or Spain (yes, really). We didn’t want to face another long-haul flight after just a week’s holiday.

The hardest part was trying to think on our feet about both our daily activities with the kids and what our next move was going to be.

While they were awake that was almost impossible (did you know it takes half an hour to put a jacket on a small child? And in that time her sibling has likely taken her jacket off), so I was getting up at about 4:00am each day to get online and check the coronavirus situation; how it was progressing back home and in Britain, and how airlines were reacting.

Chatting with worried folk back home, I tried to not get into extended hypotheticals about everything that could go wrong.

We spent the first few days in London, walking around everywhere to avoid public transport as much as possible, and turning the children into hand sanitiser enthusiasts. Mae called it “hanitiser” and now we do too.

We heard odd tales from back home about toilet paper shortages — that phenomenon had not yet reached British shores.

I wasn’t yet overly concerned about not getting back to Australia, but I was watching our airline like a hawk for any twitches indicating they might be considering stopping flights.

Two days before we were due to fly to Rome, Italy went into lockdown.(ABC News: Dan Colasimone)

We made what was probably our final mistake when we extended our stay in London for five more days, while locking in our return date, March 20.

The last three or four days in England were bleak, as the country ground to a halt, and the general population truly began to realise the threat it was facing.

Pubs stayed open right to the last, but everyone else closed their doors. It felt like we were just burning money and increasing our risk of encountering problems with our return flight.

There wasn’t a lot of social distancing going on in pubs, despite government warnings. This photo was taken on March 18, five days before Britain went into full lockdown.(ABC News: Dan Colasimone)

Early morning phone calls with our travel agent back in Brisbane confirmed it wasn’t viable to get on an earlier flight, so we had to wait it out.

Our walks through the cold, desolate London streets were now basically just for exercise, with tourist attractions and shops shut down. The “stay home” message was now being forcefully repeated, and those who disobeyed were being publicly shamed.

It was a relief when the day came for us to leave, even with the prospect of another 24 hours on planes followed by two weeks of self-isolation. The UK would go into lockdown three days later.

Travellers were now tense and paranoid about flying, though I suspect the ones on our flight wearing full-length plastic rain coats along with their face masks were going overboard.

Seven hours into our flight from Dubai to Brisbane, after we’d assured Mae that next time we landed we’d be home, someone on the plane suffered a medical emergency.

It was tense on board, as the announcements from the captain were vague, but we managed to glean from flight attendants that the issue was not COVID-related.

Nevertheless we had to turn back to Singapore and spend two hours on the tarmac as the poor soul was taken off the plane. But once we took off again, we were into the final stretch, seven hours from home.

Instead of celebrating her first birthday in Sicily with extended family, Rafi had to party at home in isolation.(ABC News: Dan Colasimone)The question that nearly wrecked me

Having spent three weeks in each other’s pockets, none of us probably would have chosen to spend another two stuck in the same house together, but it really wasn’t that bad.

We were not allowed to leave the house at all, even for groceries, but were taken aback by the kindness of friends and neighbours who offered to help.

Isolation could have been worse, but the children were happy to be home.(ABC News: Dan Colasimone)

It was still hardest for Mae, who only had a vague notion that people were sick and that’s why she couldn’t see her grandparents or friends.

It almost wrecked me when she asked about our dog, who was staying with relatives until we were allowed to pick him up: “When Alfie comes home can I hug him, or will I make him sick?”

But kids toddle their way through these things (I don’t think Rafi even knew she was quarantined) and help keep their mums and dads sane by being generally, rollickingly insane.

Will we try to get back to Italy again? Absolutely. When we’ve finished paying off our botched trip and Mae is, as she says, “a big girl”. So in three or four years, we hope.

Space to play or pause, M to mute, left and right arrows to seek, up and down arrows for volume. The Virus

Don't Miss it K number: what is the coronavirus metric that could be crucial as lockdown eases? | World news
Up Next Police violence will make it harder to fight COVID-19