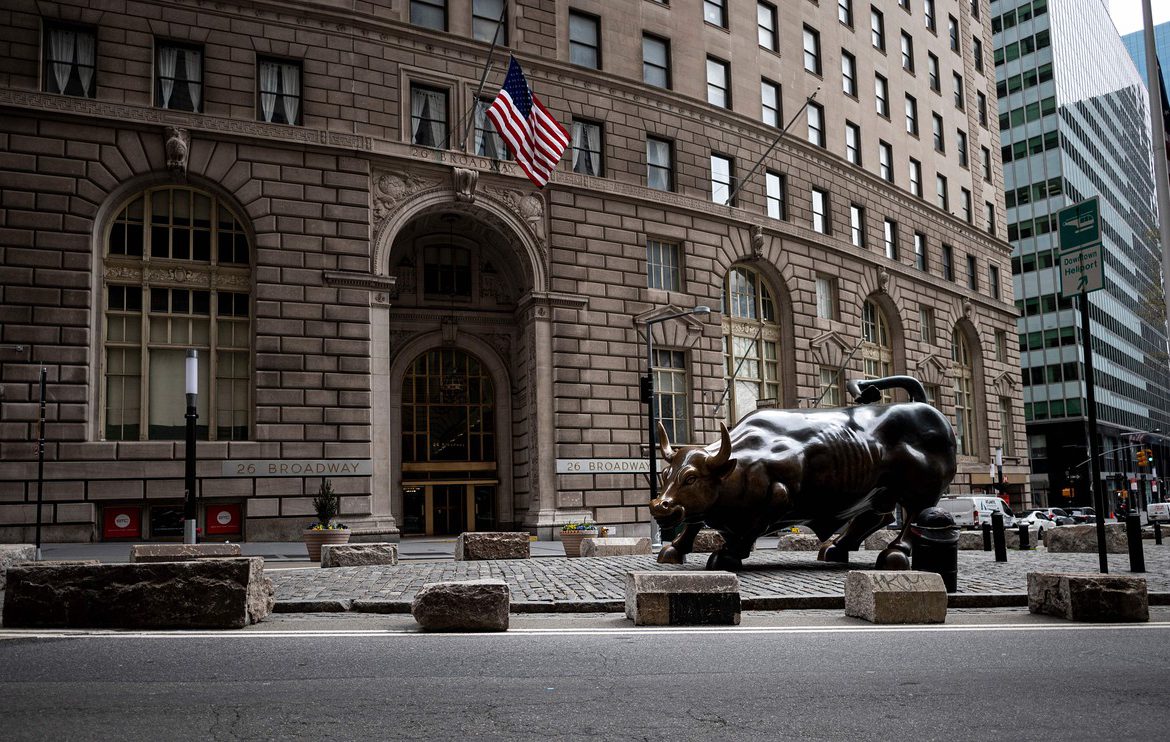 U.S. stocks were mixed Tuesday at midday as investors trained their attention on the prospect of fuller business activity in the wake of the coronavirus epidemic, rather than the fresh round of civil unrest in major U.S. cities.

How are benchmarks performing?

A restart of business activity from the closures due to the COVID-19 pandemic has been cited as the main reason behind the market’s ability to shake off a number of persistent worries of late, including Sino-American tensions and civil unrest in America.

“This has largely been about the pace of the economic restart, which appears to be coming online somewhat more quickly than believed to be the case even a month or six weeks ago,” said Bill Northey, senior investment director at U.S. Bank Wealth Management.

“Certainly there are a host of headline risks out there, but with some of the social unrest activities that’s something the market is looking through,” as there is little fear so far that it will impact corporate profits, he added.

Monday night saw a fresh round of conflicts between law enforcement and protesters as Trump threatened to dispatch troops to quell the demonstrations.

“I am dispatching thousands and thousands of heavily armed soldiers,” Trump said late Monday at the White House. “If a city or state refuses to take the actions necessary to defend the life and property of their residents, then I will deploy the United States military and quickly solve the problem for them.”

Major cities from Los Angeles to New York have been engulfed in nightly protests after George Floyd, a black man, died last Monday following a confrontation with police in Minneapolis in which a white police officer, Derek Chauvin, was captured on video driving his knee onto Floyd’s neck until the handcuffed man lost consciousness and later died.

Curfews continued Monday night for Minneapolis and St. Paul and in other cities, while New York’s Gov. Andrew Cuomo placed New York City under curfew Monday night starting at 11 a.m. Eastern Time and ending at 5 a.m., marking the first such curfew in the city in decades.

“New York City was looted yesterday,” Cuomo said Tuesday in his daily COVID-19 briefing, which outlined plans for the state to soon reopen, even with the outbreak of unrest in Manhattan and poorer neighborhoods.

“The curfew is not to harass protesters and law abiding citizens,” Cuomo said, but also called out New York City’s Mayor Bill de Blasio and the New York Police Department for failing to protect people and their property overnight.

“Anarchy in the streets threatens to throw a wet blanket on risk recovery as investor optimism over economic reopening in the U.S. could wane,” wrote Stephen Innes, global chief market strategist at AxiCorp, in a Monday research note.

“If American consumers were reluctant to come out of their COVID-19 lockdown cocoon fearing a secondary spreader, it’s unlikely they will feel any safer with military Humvees rolling down Pennsylvania Avenue,” he wrote.

However, investors mostly dismissed the clashes and focused instead on efforts by businesses to emerge from lockdown protocols implemented to curtail the spread of COVID-19, even if those reopenings are stymied by looting and vandalism of businesses amid the protests.

Michael Hewson, chief market analyst at CMC Markets UK said that if the violence on U.S. streets continues for much longer…”investors might have to cope with a lockdown of a different kind, imposed by the National Guard.”

“This is something that President Trump hinted he might well do if the various states aren’t able to contain the outbreaks of violence across U.S. cities,” he wrote.

Which stocks are in focus? Stitch Fix Inc.
SFIX,
+1.52%
notified roughly 1,400 California stylists Monday, or about 18% of its total staff, that they would be losing their jobs.

Pfizer Inc.
PFE,
+1.07%
said Tuesday it is planning to invest up to $500 million in biotech companies to support the sector’s most promising clinical development programs. “There has never been a more important moment to pursue new collaborations in our industry,” said John Young, Pfizer’s chief business officer, as he unveiled the Pfizer Breakthrough Growth Initiative.

Cisco Systems Inc.
CSCO,
+0.36%
postponed its Cisco Live 2020 online conference scheduled for this week due to the continuing nationwide protests. The conference had already been canceled as a live event due to the coronavirus pandemic.

Seagate Technology Plc
STX,
-0.79%
said Tuesday it is planning to cut 500 jobs across 12 countries as part of a cost-containment plan.

Shares of Dick’s Sporting Goods Inc.
DKS,
+0.27%
fell after the retailer reported a wider-than expected loss in the first quarter, bringing them down 26.4% year-to-date.

Zoom Video Communications Inc.
ZM,
-0.59%
is expected to report quarterly results after the close of trading on Tuesday. The videoconference company has benefited from global stay-at-home orders.

How are other markets trading?

Oil prices were rising on the hope that major producers will extend production cuts. West Texas Intermediate crude for July delivery
CLN20,
+3.13%
gained 78 cents or 2.14%, to trade at $36.20 a barrel.

The 10-year Treasury note yield
TMUBMUSD10Y,
0.681%
about 1 basis point higher at 0.66%. Bond prices move in the opposite direction of yields.

The greenback lost ground against its major rivals, with the ICE U.S. Dollar index
DXY,
-0.24%
down about 0.2%.