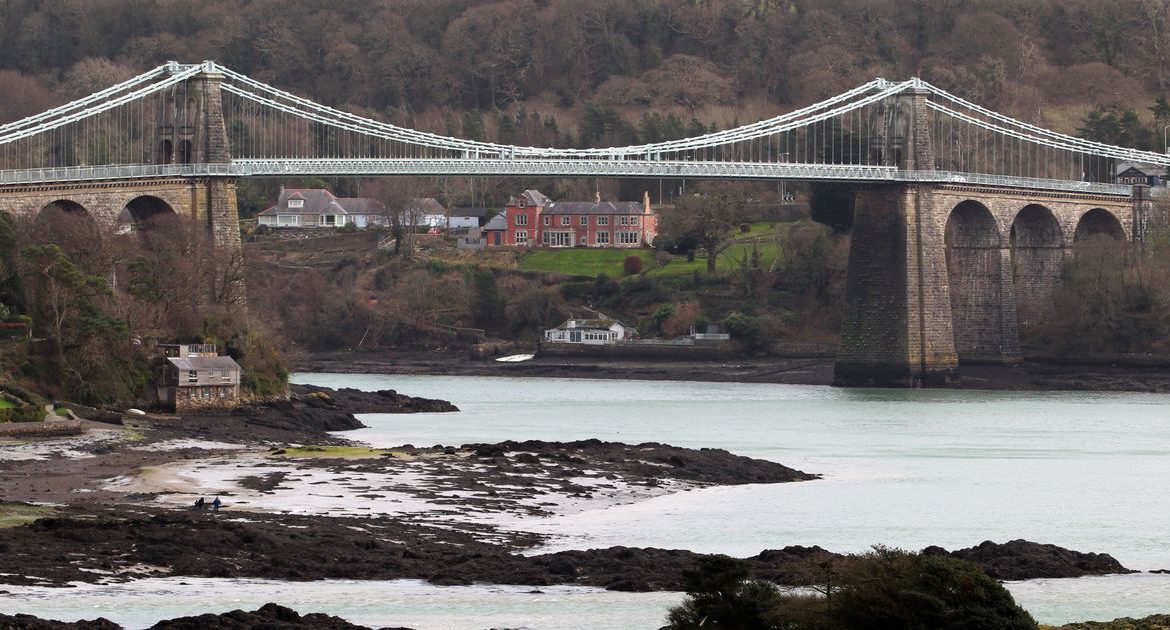 North Wales now has more cases than any other part of Cymru.

With 2,787 cases Betsi Cadwaldr now has more cases than Cardiff and Vale who have 2,730.

This is the culmination of almost three weeks where the northern parts of Wales have seen a growth in cases.

WalesOnline has taken a look at the issue to see what is actually happening on the ground.

Where in North Wales are the cases?

What does that mean in a Wales wide context?

Denbighshire has the most confirmed cases per head of population than anywhere in Wales outside RCT and Merthyr.

However the other five local authorities have less cases per head compared to Cardiff, Swansea or Newport.

More people have now died of the disease in the Betsi Cadwaladr health board than in Aneurin Bevan where the disease first spiked.

With 270 people dead only Cwm Taff health board in the Valleys has seen more.

Are people worried in north Wales about the amount of cases?

People are worried about current figures as that part of Wales has a higher percentage of elderly people than many other areas. These are people who are more likely to be seriously ill from the virus.

Plaid Cymru MS Llŷr Gruffydd said that many people in the north of the country did not want to see the lockdown lifted because of the increase in cases.

“I’ve been watching the rise in the figures here in north Wales with growing alarm over the past fortnight,” he said.

“The North has been a few weeks behind the curve when compared with Cardiff and the Valleys, let alone places like London, so it’s absolutely vital that any decision on relaxing the lockdown is made with that in mind.

“If, as I’ve been told, the infection rate is close to R1, then it would be madness to unlock prematurely and jeopardise the hard work and sacrifice of the past two months.

“The feedback I’m getting from constituents, and remember this is a region with a higher than average elderly population, is that they share those concerns.

“Health and care workers in particular are worried about the ability of our health board, which is already overstretched and understaffed, to cope if there was a rise in infections.”

Has there been problems with the Welsh Government’s coronavirus response in North Wales?

There have certainly been challenges.

The first came from the health board itself which was found to have not been recording Covid-19 deaths correctly.

“The virus has spread across the whole of the UK but due to a lack of testing in Wales, inaccurate data collection by Betsi Cadwaladr University Health Board and the lack of transparency by Welsh Government it is difficult to pull together an overall picture,” said Conservatve MS Mark Isherwood.

Other problems have come from the testing regime itself.

Though the official advice from the World Health Organisation is “test, test, test” Wales has had its troubles.

Not only was a 9,000 tests a day target quickly abandoned but many tests have been very slow in coming back. Some have suggested that this is because many have to be sent back to Cardiff for analysis.

“Of particular concern to me is that the results of Covid tests undertaken on staff in the Betsi Cadwaladr Health Board Area are still taking far too long to come back,” said Sian Gwenllian MS from Arfon.

“I’m told the results are taking 90 hours as they are still being sent to Cardiff for analysis. This is way beyond the 24-48 hour target.

“The results for patient testing arrive much quicker – with on-site labs at the Betsi hospitals doing the work and results available within a few hours.

“Staff testing clearly needs to be urgently improved as a priority by the health minister and the health board. Testing is vital in the battle against coronavirus and north of Wales staff need to be treated with parity of staff in other parts of Wales.”

When WalesOnline approached the Welsh Government about delays to tests a spokesman said: “We are increasing testing capacity in north Wales daily, with only a small number being sent to south Wales.

“Across Wales around 85% of all Covid-19 test samples are processed within 48 hours and almost 96% are processed by the 72 hours mark. Those very few which exceed this timeframe are usually caused by labelling errors.

“There is no evidence to suggest the testing regime and turnaround times are negatively influencing the spread of Covid-19 in north Wales.

“If someone meets the requirements for testing, they should be following the guidance for self-isolating and therefore waiting for a result should not have a bearing.”

Politics has never been more relevant to our lives than right now.

Decisions made in Cardiff Bay and Westminster are directly affecting if we can see our loved ones, send our kids to school and go to work.

With so much happening every day it can be hard to keep track. Especially as something things are decided by Prime Minister Boris Johnson, and others by the First Minister Mark Drakeford.

If you want to keep up-to-date on the politics that is relevant to in your life you should sign up to our weekly politics newsletter.

“The one-legged duck” newsletter simplifies all the political announcements from the last weeks and explains how it affects you.

You can sign up to the WalesOnline politics newsletter here.

Why have the cases gone up so much in north Wales and should people be worried?

One of the concerning things in north Wales is that the virus has continued to grow despite the lockdown still being in place.

Some have speculated that this is because it close to the heavily populated areas of north west England.

However you would then expect Flintshire, which borders Wales, to have a higher amount of cases per head.

Speaking at a  press conference today First Minister Mark Drakeford said: “We do know that the disease congregates in places where populations are congregated and our populations are along the border is close to populations in England both in the south east and north east of Wales.”

However he added that “this is one of those things we won’t have certainty” until we can “disentangle” the causes.

At the moment the good news is that the other indicators of a spike in cases like hospital admissions and critical care bed occupancy have not spiked. This has led experts to suggest it is down to an increase in testing in the north.

Dr Andrew Goodall, chief executive NHS Wales, said: “There has been some reported positive increases in North Wales. This could be due to a late epidemic surge but we believe it’s linked to increased testing activity and targeting specific settings like care homes.

“These have not converted into a higher level of hospital admissions, cases in hospitals and critical care beds across North Wales have reduced from their peak.

“The number of cases in North Wales has remained generally lower in terms of proportion of cases than other areas of Wales.”

Don't Miss it Coronavirus and singing: why this vocologist thinks your choir is a health risk | The Drum
Up Next Has Ontario’s reopening led to more COVID-19? Dare we go further? Four charts show where we are in the battle