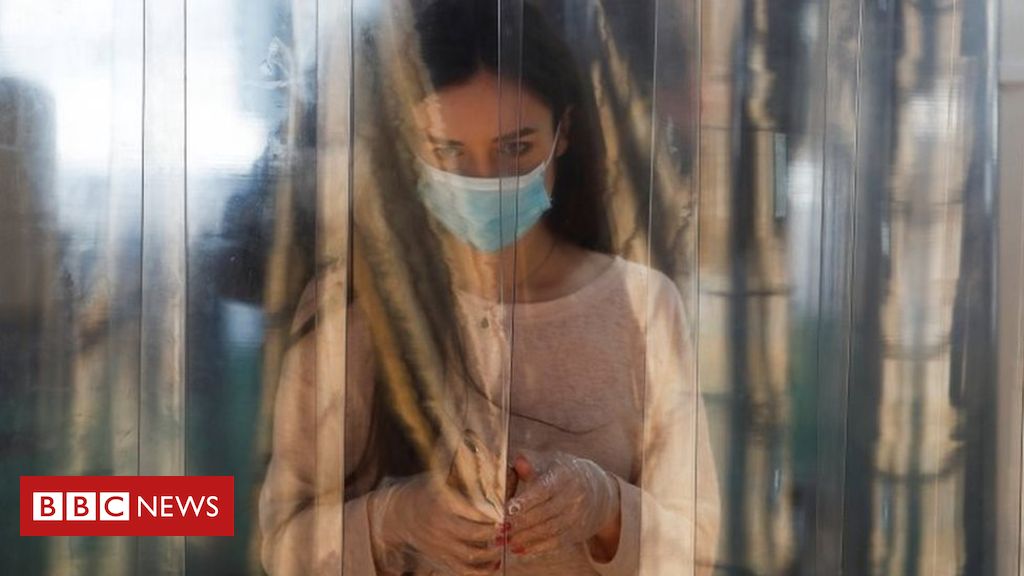 The World Health Organization (WHO) has changed its advice on face masks, saying they should be worn in public to help stop the spread of coronavirus.

The global body said new information showed they could provide “a barrier for potentially infectious droplets”.

Some countries around the world already recommend or mandate the wearing of face coverings in public.

The WHO had previously argued there was not enough evidence to say that healthy people should wear masks.

Dr Maria Van Kerkhove, the WHO’s technical lead expert on Covid-19, told Reuters news agency the recommendation was for people to wear a “fabric mask – that is, a non-medical mask”.

The organisation had always advised that medical face masks should be worn by people who are sick and those caring for them.

Globally, there have been 6.7 million confirmed coronavirus cases and nearly 400,000 deaths since the outbreak began late last year, according to data compiled by Johns Hopkins University.

What is the WHO’s advice?

The organisation said its new guidance had been prompted by studies over recent weeks. “We are advising governments to encourage that the general public wear a mask,” Dr Van Kerkhove said.

At the same time, the WHO stressed that face masks were just one of a range of tools that could be used to reduce the risk of transmission – and that they should not give people a false sense of protection.

“Masks on their own will not protect you from Covid-19,” said WHO Director-General Tedros Adhanom Ghebreyesus.

This is a big shift in the WHO’s guidance on when the public should cover their faces. For months, the organisation’s experts stuck to the line that masks would encourage a false sense of security and would deprive medical professionals of badly needed protective equipment.

Those arguments have not gone away but at the same time the WHO acknowledges that new evidence has emerged on the risks of transmission.

It points to recent research that people can be highly infectious in the few days before they show symptoms and that some people catch the virus but never show symptoms at all, as I reported last weekend.

So where distancing is not possible, such as on public transport and in locations as varied as shops and refugee camps, it is suggested that faces are covered with homemade masks to avoid passing on the infection.

Over 60s with underlying health conditions should go further, the WHO said, and wear medical-grade masks to give themselves better protection.

What are the latest key developments globally?

In the UK, the government announced on Friday that hospital visitors and out-patients would be required to wear face coverings, and that hospital staff would have to wear medical masks, even if they were not in a clinical setting.

The guidance will come into force on 15 June, as more businesses open up and more pupils return to school. Also on Friday the UK became the second country to record more than 40,000 coronavirus-related deaths, after the US.

With more than 34,000 deaths, Brazil overtook Italy to become the country with the third-highest death toll worldwide
The EU commissioner for home affairs said member states should reopen their internal borders by end of June

Portugal will start reopening its beaches later on Saturday
Meanwhile in Poland, gyms, swimming pools and amusement parks will be reopened

Don't Miss it Victoria records no new coronavirus cases for first time since pandemic was declared
Up Next China warns against travel to Australia: Live coronavirus updates | News