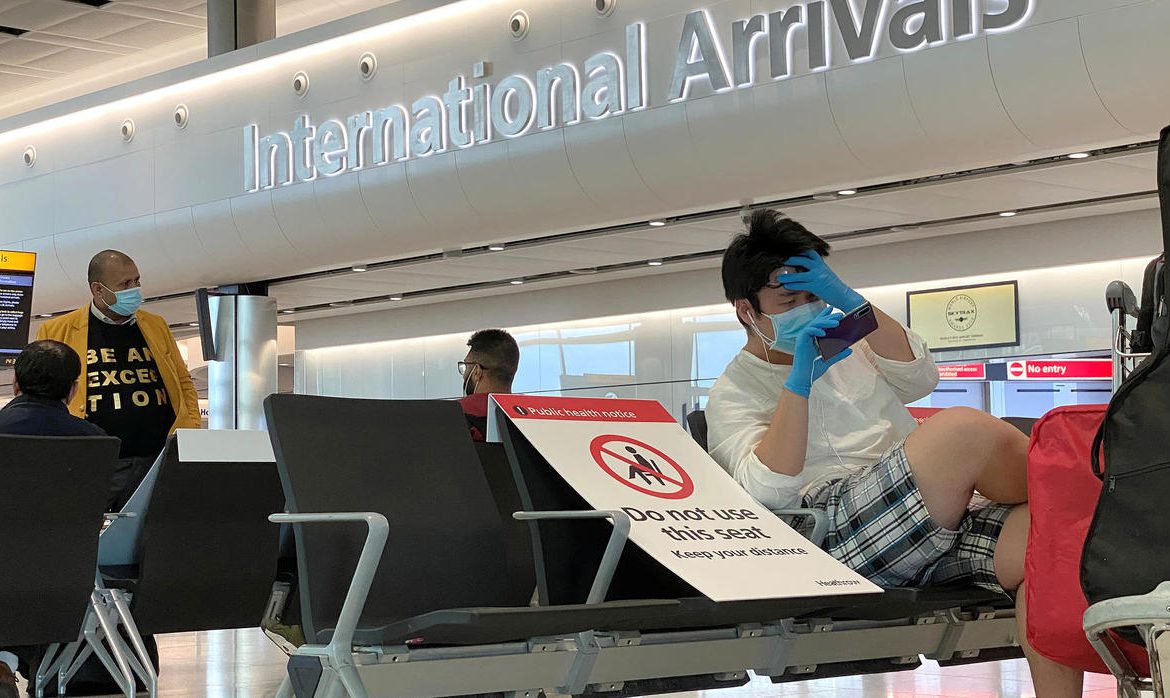 As coronavirus pandemic fears subside, European countries have begun reopening borders shut to protect their nationals at the height of the outbreak. But their decisions are a study in contrasts. To open or not to open?

As the European Union gradually emerges from Covid-19 lockdowns, the scattered re-opening of borders within the Schengen Area, where free movement generally reigns, foreshadows a difficult return to normal.

And yet European legislation does provide a framework for such reopenings. “It is up to each member state to decide to close its own borders, but they must do so within the framework of the Schengen Code,” European law professor Alberto Alemanno tells FRANCE 24.

“There are certain criteria to respect and these measures must be justified and proportionate,” Alemanno explains. He notes “discrimination” towards nationals of certain countries, constrained to submit to quarantines and border checks.

That the situations vary so widely between different EU member states reflects a lack of harmonisation on the part of European institutions, says Alemanno. “It is true that the European Commission tried to coordonate the introduction as well as the lifting of these measures. But it has not succeeded,” he says.

The EU will only open its internal borders by the end of June and begin lifting restrictions on travel to and from other countries in July, EU Home Affairs Commissioner Ylva Johansson announced on Friday.

Most EU governments would lift internal border controls by June 15, Johansson added, but some would take until the end of the month to do so.

In the meantime, FRANCE 24 takes a look at border openings, closures and quarantines across the continent.

Italy is something of an exception in the Schengen Area. On Wednesday, it took the plunge in opening its borders to European tourists. “After weeks of enormous sacrifices, there is enthusiasm in the air, social life discovered,” said Prime Minister Giuseppe Conte. The stakes are high for Italy. Facing its deepest recession since World War II, the country urgently needs tourism to pick up.

Rome as a result has lobbied fellow EU members to re-establish free movement on European soil. Foreign Minister Luigi Di Maio met with French counterpart Jean-Yves Le Drian on Wednesday in the Italian capital appealing for “reciprocity” from European partners on the reopening of borders.

Such appeals have fallen on deaf ears in Switzerland and Austria. Fearing a resurgence of the coronavirus epidemic, they have kept their borders with Italy shut, to Rome’s dismay.

“We were the first to be hit by the pandemic and today our data are more reassuring than those of many other countries,” Di Maio said at a press conference alongside Le Drian.

Di Maio said he and his Austrian counterpart had agreed their countries’ health ministries would examine epidemiological data from Italy.

“We will work to ensure that between today and June 15, all these things which may be in contradiction to the spirit of Europe can be resolved,” the Italian minister said.

Belgium poised for a large-scale reopening

Some countries are looking to adopt a strategy closer to Italy’s, but on a later calendar. Belgian PM Sophie Wilmès announced Wednesday that her country would reopen its borders to and from EU members, the United Kingdom as well as four other countries in the Schengen Area, namely Switzerland, Norway, Iceland and Liechtenstein, from June 15.

“Be attentive however… to the conditions imposed [in each country],” Wilmès told her compatriots, inviting travellers to inform themselves on rules in their destination countries before they go.

Belgium’s government remains confident, however. Interior Minister Pieter de Crem on Wednesday said he was counting on the “reciprocity” principle between countries. Within the 26-country Schengen Area, De Crem said, there are “some are still reticent, but most countries should be in agreement to open their borders around June 15”.

France favourable to a June 15 reopening

French PM Édouard Philippe has said he is “in favour” of Europe’s internal borders reopening from June 15. He suggested the possible absence of any quarantine period for travellers arriving in France, unless their own countries were imposing one on French travellers, in which case Paris would apply a principle of “reciprocity”, he said.

Greece, open to tourists from Europe and beyond from June 15

Keen to relaunch its tourism industry, Greece is already preparing for arrivals. The country has authorised its two main airports, in Athens and Thessaloniki, to welcome visitors from 29 countries from June 15. The list is largely made up of EU members, Greece’s top customers, including France, Spain, Italy and the UK.

European tourists pining for a Spanish holiday will have to wait until July 1. The country will reopen its borders with France and Portugal then – and not on June 22 as the Spanish minister for tourism had indicated previously.

Several countries have chosen to open their borders to just a selection of nationals, sparking controversy.

The British government, for one, is mooting setting up “air bridges” with select countries, which would exempt their nationals from the UK’s quarantine rules upon arrival.

Austria is another example of partial reopening. It ceased systematic controls at its land borders on Thursday, except at its frontier with Italy. Travellers from Germany, Liechstenstein, Switzerland, Slovakia, Slovenia, the Czech Republic and Hungary are no longer required to observe a quarantine period or present a negative Covid-19 test.

Foreign Minister Alexander Schallenberg said Austria would maintain restrictions for Italy given the epidemic situation, but intends to reevaluate the matter next week.

The Dutch government announced Wednesday it was relaxing travel warnings for a number of European countries. The Netherlands is no longer discouraging non-essential travel to 12 countries, including Germany, Belgium and Italy.

It will, however, continue to discourage such journeys after June 15 to the UK and Sweden, where health risks remain “higher”, the Dutch government said.

Germany, for its part, decided Wednesday that it would lift travel warnings on tourism in Europe starting June 15.

When will the EU’s external borders reopen?

The European Union’s external frontier remains closed until further notice. But the issue should soon be on the table. “We should, around June 15, know what we’re going to do about our external borders,” France’s Le Drian said, calling for “necessary coordination” between EU members on the matter.

This article has been translated from the original in French.