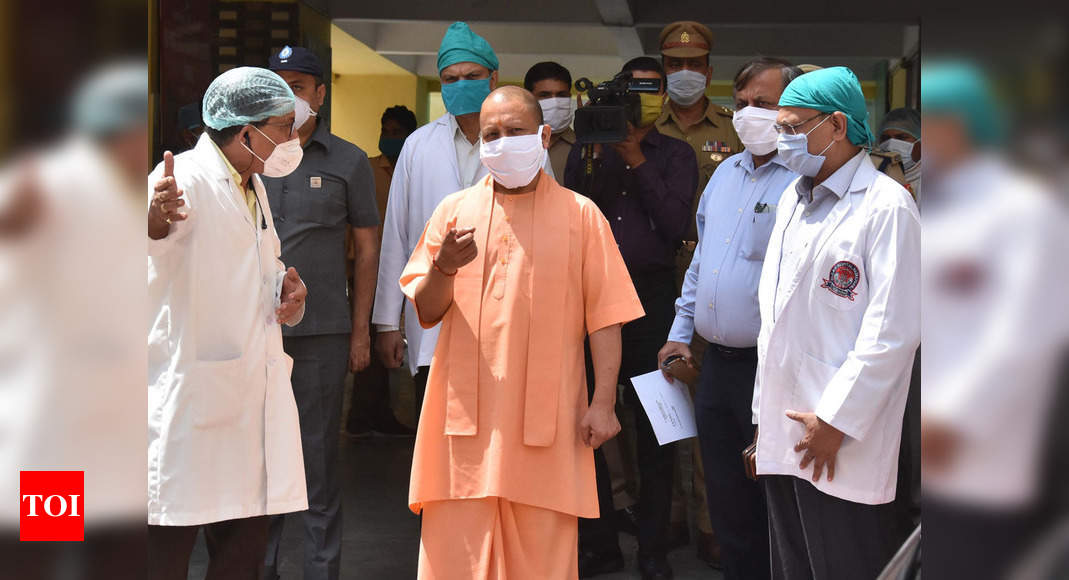 LUCKNOW: Chief Minister Yogi Adityanath government’s handling of Covid-19 crisis in a populous state like Uttar Pradesh has got recognition from unexpected quarters – an editor of Pakistan’s ‘Dawn’ newspaper, Fahd Hussain.
A day after his comprehensive piece on how the government in Pakistan was struggling with its message on Covid-19, Fahd, who is the resident editor of the paper’s Islamabad edition, tweeted how Uttar Pradesh was strict with the lockdown and Pakistan wasn’t though the two have roughly the same population.

On Sunday morning, Husain tweeted a graph comparing the Covid-19 death toll in Pakistan with that reported from Uttar Pradesh to explain how the two have handled the crisis and what has been its impact. As per the graph Pakistan has a population of 208 million while that of UP is 225 million but India’s neighbouring country has Covid-19-related death rate which is almost seven times higher than that of UP.

While Indian state of UP has lower mortality rate than Pakistan, Maharashtra has higher rate despite younger popula… https://t.co/WY8JWoO4VJ

— Fahd Husain (@Fahdhusain) 1591543324000
Fahd has also compared Pakistan’s performance vis-avis Maharashtra. Tagging a comparative graph with another tweet, he says: “While Indian state of UP has a lower mortality rate than Pakistan, Maharashtra has a higher rate despite younger population and higher GDP/capita. We must know what UP did right and Maharahtra did wrong to learn right lessons.”

‘UP was strict with lockdown, we were not’
In Fahd’s own words the graph compares “death rate of Pakistan and Indian state of UP. Both have roughly the same population profile & literacy. Pakistan has lesser density/ km and higher GDP / capita. UP was strict with the lockdown. We were not …” he tweeted.
The tweet comes a day after Husain’s comprehensive article ‘Message that matters’ where he deals at length with how Prime Minister Imran Khan’s Pakistan Tehreek-e-Insaf (PTI) government is struggling with its message on Covid-19 and how it should come out of it.
The recognition comes as a time when the opposition parties in UP have been attacking the BJP government in the state over the manner in which the lockdown was imposed. Interestingly, in Pakistan a section of the media is of the view that their government too should have been as strict in implementing that lockdown as was the UP government as it could have helped in controlling the death toll.
In Video:Covid-19: Must understand what Uttar Pradesh did right, says Pakistani editor