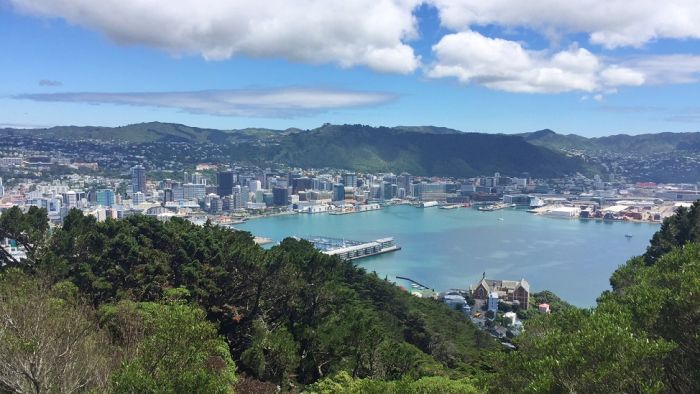 We heard yesterday about New Zealand eliminating coronavirus, with Prime Minister Jacinda Arden announcing that all social distancing restrictions were being lifted, except for border closures.

But New Zealand wasn’t the first country to eradicate the virus — there are at least eight other countries that have already done so.

Coronavirus update: Follow all the latest news in our daily wrap.But first, the rules

It’s important to point out that we’re only counting the countries that reported cases and got down to zero active cases.

So countries that have not reported a coronavirus case, such as Samoa and Tonga, don’t count.

We’ve listed countries below after going through that list, checking the total cases against their reported recoveries and death tolls.

And, look, we don’t want to take away from New Zealand’s victory.

The countries below have small populations and most only reported a handful of cases.

Our mates across the ditch had a total of 1,504 confirmed and probable cases of the virus; much more than Montenegro’s 324.

This coastal European nation, nestled among Albania, Serbia and Croatia, declared itself COVID-free back on May 25.

That was 69 days after its first case was reported.

As we said above, there were 324 cases in the country. Nine people died from the virus and 315 people recovered.

For context, the Balkan republic has a population of 620,000.

Prime Minister Dusko Markovic proudly declared it the “first coronavirus-free country in Europe” during a press conference where he ripped off his facemask.

Foreign nationals have been able to enter Montenegro without needing to quarantine since June 1, but public gatherings are still capped at 200 people.

Stay up-to-date on the coronavirus outbreakEritrea

Eritrea, which shares borders with Sudan and Ethiopia in northeast Africa, reported 39 cases of the virus with a population 5.2 million.

The outbreak there kicked off in March, when a traveller arrived from Norway.

It got down to zero active cases on May 15. The Johns Hopkins map reflects that, with the data showing 39 cases had recovered.

But according to a post on the state-run Stabait.com, random testing in Eritrea’s capital Asmara picked up one positive result when they tested a woman on June 2.

Her husband subsequently tested positive too, which should take the country’s current case number to at least two, although that doesn’t appear to be reflected by the Johns Hopkins data.

“Although flights to and from Eritrea have been stopped since the outbreak of COVID-19, travel to the country through land and sea routes continue unabated,” the Government said in a statement on June 3.

“The fight against the pandemic must continue relentlessly and with the requisite vigour.

“And until the necessary comprehensive review and appraisal is finalised, the guidelines in force for the last two months will be eased incrementally.”

There have been no deaths recorded.

Like Eritrea, Timor-Leste recorded zero active cases on May 15.

The small nation, one of Australia’s closest neighbours, recorded 24 cases in total.

To put that into perspective, Timor-Leste has a population of 1.3 million and is surrounded by Indonesian islands; with Indonesia recording more than 32,000 cases.

There were no coronavirus deaths in Timor-Leste, with most cases being young students who had only mild symptoms.

“And even with our testing numbers climbing by the day, it’s now been 45 days since we recorded our last case,” he tweeted.

“With no deaths, our recovery rate is 100 per cent. Answered prayers, hard work, and affirmation of science.”

It reported its first case on March 19, which saw a ban on gatherings of more than 20 people and prompted Fiji Rugby Union to suspend all games.

There were 15 cases reported in Saint Kitts and Nevis, a dual-island nation in the Caribbean with a population of 55,000.

All cases were travel-related, its Government said.

Zero deaths were recorded from the virus, with the Government announcing that all patients had recovered on May 18.

But on May 29, Prime Minister Timothy Harris said borders would remain closed to protect residents from the virus.

A tourist hotspot, all the cases reported in Saint Kitts and Nevis were travel-related.(Instagram: amarieley)Holy See

The territory in Rome, Italy reported a total of 12 cases of coronavirus and zero deaths from its population of about 800.

The Vatican City News reported there were no cases of the virus in the city on Saturday, saying the last person who was reported sick tested negative for the virus.

The 108-acre city state reported its first case on March 6, with Pope Francis and those working close to him tested for the virus as a precaution later that month.

The island nation, located in the Indian Ocean off the coast of East Africa, recorded 11 cases, with Seychelles Public Health Commissioner Jude Gedeon declaring all patients had recovered on May 18.

There were no deaths.

Despite being clear of the virus, locals are still being reminded to keep up with hygiene and social distancing guidelines, but airports were open to passengers from low-risk countries on June 1, provided they prove their negative COVID-19 status upon entry.

Just eight cases were reported in PNG, which has a population of about 8 million.

The small outbreak there started on March 20, with the Government confirming that all patients had recovered on May 3.

PNG’s cases were only relatively mild, with just two people hospitalised and no one dying from the virus.

Don't Miss it Coronavirus numbers — what we have learnt from the pandemic
Up Next U.S.-China tensions over coronavirus, scrutiny on Chinese firms in financial markets