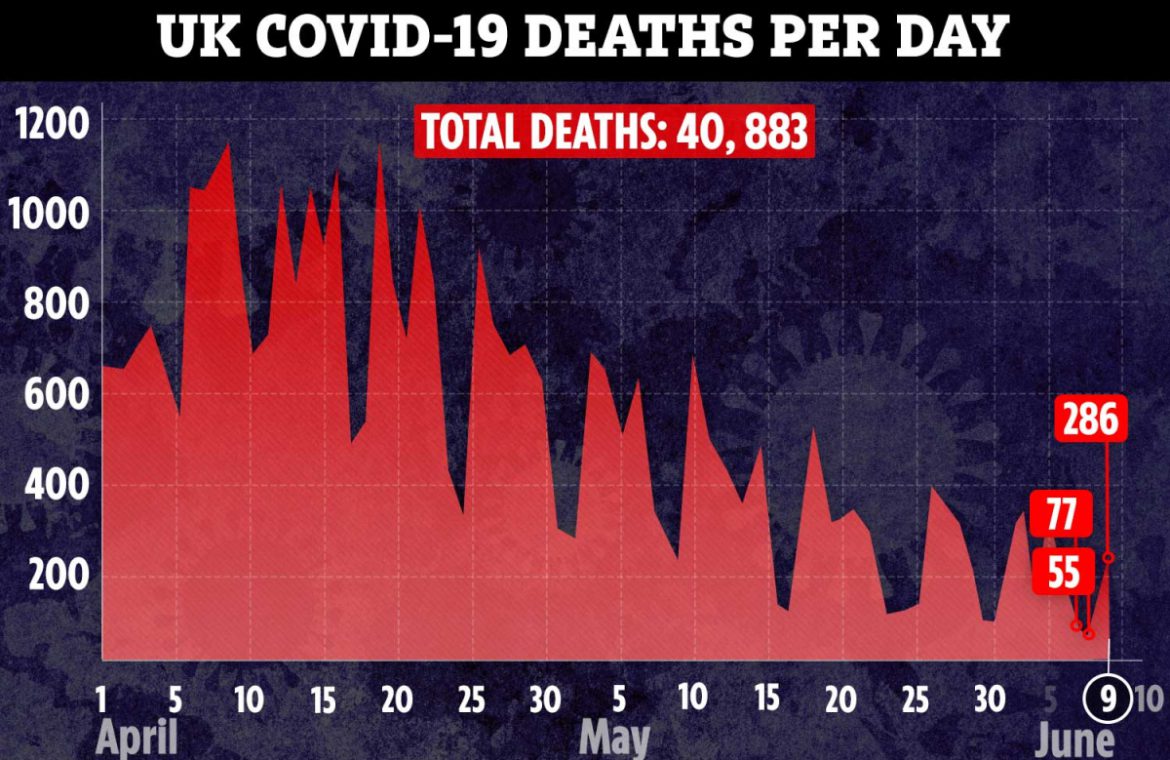 CORONAVIRUS deaths in the UK have risen to 40,883 after 286 more people died – although the true number is likely to be much higher.

Coronavirus deaths in the UK have continued to riseCredit: Jamie Lorriman

But the true number is also likely to be much higher after figures released by the Office for National Statistics today revealed the death toll is actually 51,766 – 10,000 more than the official figure.

And combined with the latest 677 deaths reported in hospital and the national stats for Scotland and Northern Ireland, there have now been 51,766 deaths across the UK.

In England today, a further 129 people have died – there have been 27,618 deaths in total in hospitals in the country.

NHS England confirmed the latest victims were aged between 26 and 100 – with three having underlying health conditions.

In Wales today, a further nine people have died – bringing the total number of deaths to 1,410.

Scotland recorded seven deaths – with their total deaths now at 2,422.

Northern Ireland suffered no further deaths today for the third day running – although this could be due to how figures are recorded.

Yesterday, the daily death figure of 55 was the lowest since the day before lockdown began on March 23, when the number was 35.

The number was also fewer than 100 for the second day running – suggesting lockdown may finally be working.

But figures are usually lower after the weekend due to a lag in reporting.

The UK currently has the second highest official coronavirus death toll in the world after the US – where 109,143 people have died from the bug.

It is however difficult to draw direct comparisons between countries where population sizes vary and countries record Covid-19 data in different ways.

It comes as the ONS figures also showed the number of excess deaths in the UK since the coronavirus outbreak began has passed 63,500.

This means that the virus was responsible for 78 per cent of the excess deaths registered in England and Wales since March 21 and May 29.

SAVAGEDDog owner & mum who left son, 9, to go boozing both jailed after bulldog killed him

It comes as Education Secretary Gavin Williamson admitted today all primary school kids won’t go back to school before the summer.

The MP said only some pupils will be welcomed back in – if they have enough space to do so safely.

As The Sun revealed last night the plan for all primary school kids to return for a month before the summer holidays has been officially ditched.