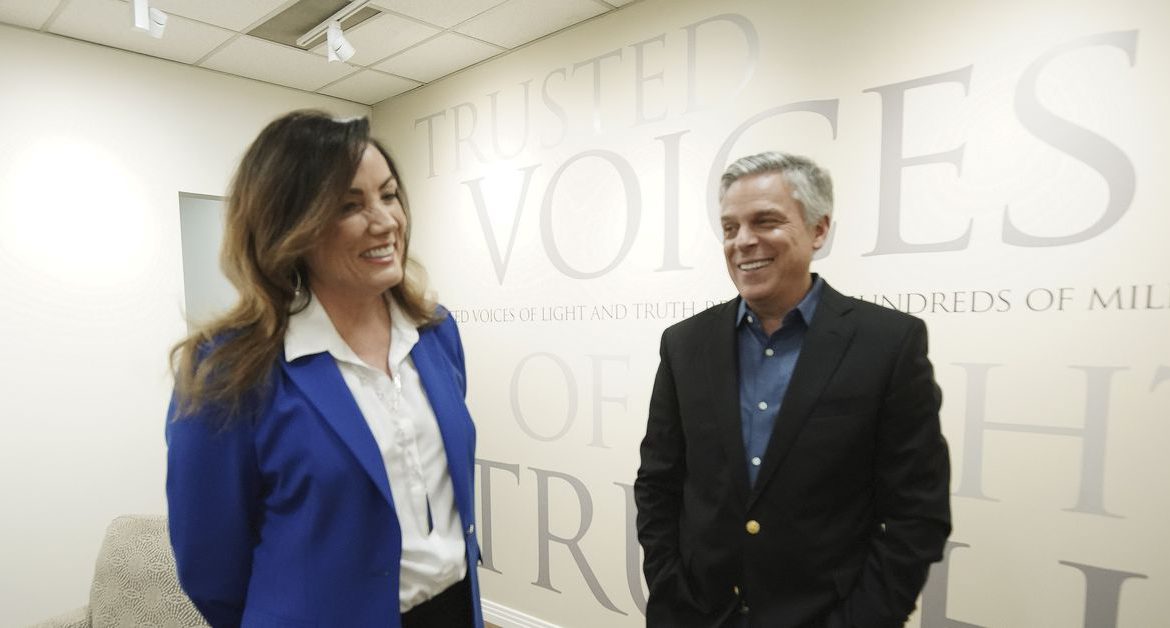 SALT LAKE CITY — The same day former Gov. Jon Huntsman Jr. received a major endorsement, he was notified by the Salt Lake County Health Department that he was given the “wrong results” when he was told he’d tested negative for COVID-19 after finding out a member of his gubernatorial campaign tax staff had the virus.

Then Huntsman said Tuesday he was going to have to take another test after being told authorities had opened and then discarded the sample from the test he took Friday, when the unidentified staffer tested positive for the novel coronavirus, sparking a shutdown of his campaign headquarters and a pause on personal appearances.

Hatch, who retired in 2018 after 42 years in the U.S. Senate, said the race “boasts an impressive group of candidates and dear friends — but one individual stands out: Jon Huntsman.” He said the “Huntsman name has long been synonymous with doing and serving, and I know Jon will serve us well.”

He said he has “every confidence in his ability to double our economy over the next decade and secure Utah’s position on the international stage” because of Huntsman’s record as governor, then as an ambassador to China, and later, Russia.

Huntsman also recently received an endorsement from a former rival, Provo entrepreneur Jeff Burningham. Burningham, whose race ended at the state GOP convention in April, said he “often told our team that the biggest vision wins and I believe Jon has the biggest vision for our state.”

The twice-elected governor said he was honored to have their support.

Regarding the health department’s initial mix-up, Huntsman was clearly frustrated.

“Very illuminating to see the process firsthand,” the Republican primary candidate said in the tweet.

Received a call from @saltlakehealth saying they had given me wrong results. Still awaiting my results from COVID-19 test last Friday. No word on family members either. Very illuminating to see the process firsthand. #utpol @UtahCoronavirus

He said there’s been no word on tests taken by his family members, either. Huntsman announced Monday he’d received negative test results but he was continuing to campaign from home while awaiting his family’s test results.

Since Friday, two other members of Huntsman’s campaign have tested positive for the virus and four others, including his campaign manager, Lisa Roskelley, have tested negative. None of those results have been called into question.

Late Tuesday afternoon, Huntsman tweeted that he had to retake the COVID-19 test.

“Quick update on my Covid-19 test – have now been told the sample container with my test was opened and has been discarded by the state. En route now to take another test. Very grateful for our healthcare professionals who have a hugely demanding job. What a learning process,” he said in the tweet.

Nicholas Rupp, spokesman for the Salt Lake County Health Department, said privacy laws prevent him from discussing an individual’s test results and circumstance but “occasionally, samples are unable to be tested and need to be recollected.”

Rupp said that “can happen if there is insufficient quantity of sample available in the tube, or if the sample tube was not stored or transported correctly (which would normally affect all samples in the group).”

It can take five days to receive results depending on where a test is conducted, he said.

Mistakes in the results occur, but are almost always caught sooner in the process, Rupp said. “When you have public health workers who are working 70 and 80 hours a week, there will be a mistake here and there, unfortunately.”

He said it’s “very uncommon” for someone to have been notified of an incorrect result.

“I do want to assure residents who may be concerned that we have quality control procedures in place and that’s why we’re able to realize when there are mistakes potentially made and we can call and correct that information,” he said. “It’s not just a black void of a mistake happens and it’s never caught.”

Don't Miss it Six reminders the COVID-19 pandemic is far from over
Up Next Lebanese FM Nassif Hitti: ‘We have to save our country’ | Conflict Zone