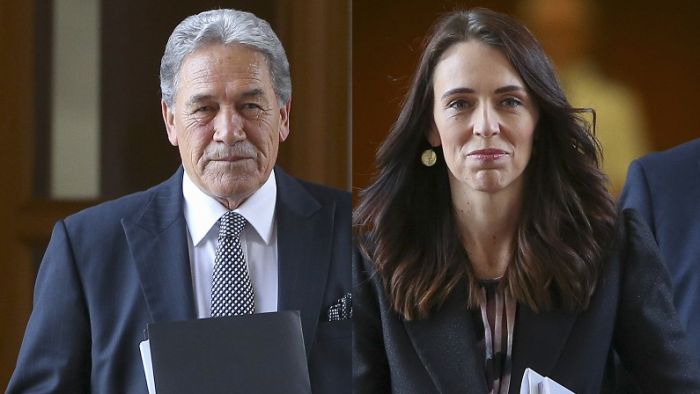 Federal Tourism Minister Simon Birmingham has backed criticism by New Zealand that Australia’s state border restrictions are holding up a return to travel between the two countries.

Key points:New Zealand’s Deputy PM says internal borders in Australia are delaying trans-Tasman travelWinston Peters says he does not want the plans to be held up by the “slowest state in Australia”Pressure is mounting on the Federal Government to have a travel bubble by the winter school holidays

New Zealand’s Foreign Affairs Minister Winston Peters complained the “roadblock of federalism” was getting in the way of plans to create a trans-Tasman ‘travel bubble’ between the two countries.

While some states are now welcoming interstate tourists, others, such as Queensland and Western Australia, are still banning visitors from outside the state.

That’s adding complications to the plan to revive trans-Tasman tourism, which both nations have been working towards for months.

Mr Birmingham agreed with Mr Peters and said once Australia’s “systems are ready” travel to New Zealand will open up, regardless of which states’ borders are open or closed.

“It may well be that some states maintain certain quarantine provisions,” he said.

“Then it will presumably be a case that essentially travellers themselves, airlines themselves, market forces, if you like, will determine which capital cities’ airlines put services on to.”

Jacinda Ardern and her Deputy Prime Minister Winston Peters have pushed the idea of a trans-Tasman travel bubble.(AP: Hagen Hopkins)

Mr Peters, who is also New Zealand’s Deputy Prime Minister, told the Nine network: “Before we went to lockdown, we were talking about getting out of it and having a bubble of success between both countries.”

“But we’ve run into the roadblock of federalism, so to speak,” he said.

New Zealand has lifted all of its domestic restrictions on social distancing and mass gatherings, after more than a fortnight without any new cases of the virus being recorded.

Mr Peters has been a vocal advocate for a rapid resumption of business and tourism, backing the idea of direct flights between New Zealand and Tasmania.

“It’s very clear that Tasmania is set to go and we should start, frankly,” he said.

“Let’s not restrain the movement between our two countries based on the slowest state in Australia.”

Space to play or pause, M to mute, left and right arrows to seek, up and down arrows for volume.WatchDuration: 2 minutes 18 seconds2m 18s Tourism Minister encourages travel arrangement with New ZealandState bubbles ‘a matter for Australia’, Ardern says

New Zealand Prime Minister Jacinda Ardern said that it was up to Australia whether the travel bubble would be between New Zealand and select states, or if all internal travel restrictions would have to be removed first.

“We’ve said that’s a matter for Australia, we’re not necessarily here determining that it has to be country-wide.

“They have very deliberately left the option of opening up individual states.”

Mr Morrison has expressed his own frustrations at interstate border restrictions put in place by state premiers.

During question time on Wednesday, he urged states to put a date on when they plan to reopen, saying it was vital to the health of the economy and to airline companies.

According to the broad plan agreed to by National Cabinet on easing of restrictions, interstate travel is set to resume again by July.

“We need to open up these domestic borders … that occurs for South Australia, for Tasmania, for Queensland and Western Australia,” the Prime Minister said.

“I would be hoping that at the earliest possible opportunity, states will be able to indicate the date in July that interstate travel will be open again to be able to give that certainty.”

Pressure is mounting on the Federal Government to get the travel bubble operating in time for the winter school holidays.

Ms Ardern said neither Australia nor New Zealand were ready just yet, but her outspoken deputy said it was up to Australia to get things moving.

“Basically, we’re asking for the handbrake to come off, but it has to be organised out of Australia,” Mr Peters said.

The New Zealand Government has some concerns about recent cases of community transmission in Victoria, but does not expect Australia to eliminate the virus before allowing two-way travel to restart.

Once protocols for managing international tourism between the two countries have been established, both Australia and New Zealand will consider extending the travel bubble to Pacific countries.