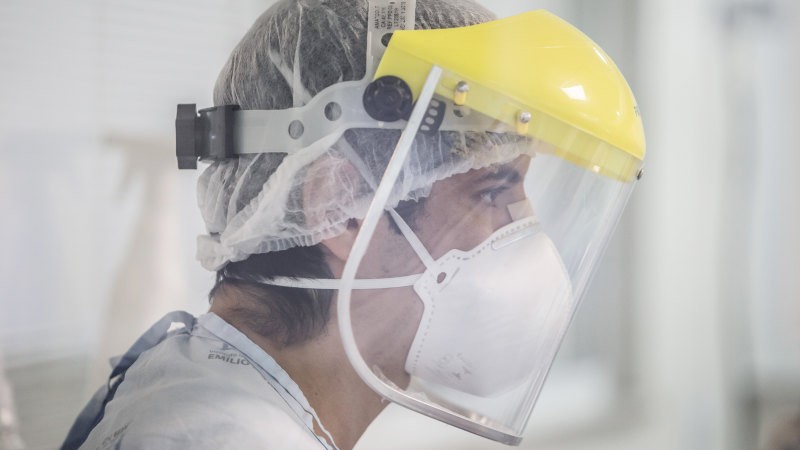 GetUp’s First Nations Justice Campaign Director Larissa Baldwin said the move would “stifle strong voices for the Black Lives Matter movement, such as Senator Malarndirri McCarthy, in our Parliament at this crucial time.”

“Now is the time to be elevating First Nations voices on the streets and in the parliament as the world surges in support for the Black Lives Matter movement,” Ms Baldwin said.

“There are no active COVID-19 cases in the Northern Territory where the protests were held within the local laws, so it’s a complete farce to expect Senator Malarndirri McCarthy to be absent from the Parliament.”

Deputy chief medical officer Nick Coatsworth said on Monday that it was not necessary for anyone who attended the Black Lives Matter protests to self-isolate, unless they had respiratory symptoms.
Mr Perrett said he had become aware on Wednesday that the Speaker “was concerned about my attendance at a rally on the weekend, so I voluntarily took it upon myself to get tested out of an abundance of caution.”

“I note the Deputy CMO said there was no obligation on me to take action, however I decided to put this matter beyond doubt,” he said.

Ms Baldwin called on Labor to, “back their MPs and stand up to the conservatives, who have pounced on the issue to silence First Nations voices”.

“Deaths in Custody must be pushed to the top of the national agenda while Parliament sits this week, and First Nations voices like Senator Malarndirri McCarthy should be elevated in any debate, not silenced,” she said.

When asked why his MPs had not been tested before entering Parliament on Wednesday morning, Labor leader Anthony Albanese said that they had “followed the health advice and now they, out of an abundance of caution, are being tested.”

“That’s fine … That’s a reasonable thing for them to do,” he said.

Mr Albanese said his position on whether MPs should have gone to the protests was that, “you should always follow health advice”.

“That was the position that I said beforehand, during and after,” he said.

Labor MP Linda Burney raised the issue of Indigenous justice in Parliamentary Question Time on Wednesday, asking Minister for Indigenous Australians Ken Wyatt: “When will the government include justice targets in the Closing the Gap framework?”

“How we do it once it’s in place is certainly a requirement for states and territories to stump up and deliver on,” he told Parliament.

“We recognise that is a contributing factor to unemployment and many other issues that our people face.”

Don't Miss it The Virus: The latest on the global fight against the COVID-19 pandemic – May 10 | ABC News
Up Next California coronavirus cases remain on upward trajectory