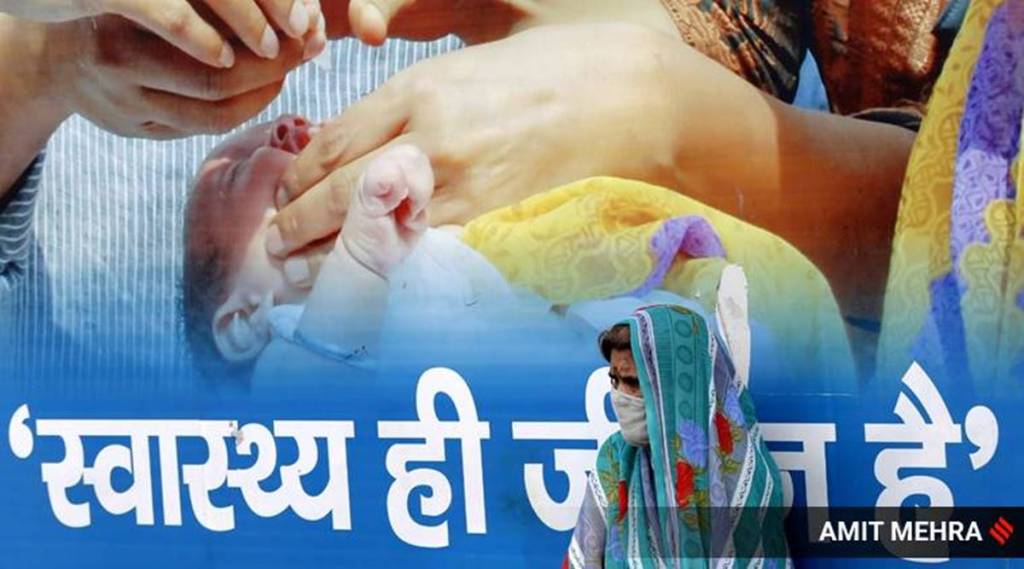 “Country cannot afford to have dissatisfied soldiers in this war which is being fought against Corona,” the bench said. (Express File)

India Coronavirus Latest Update: Putting to rest speculation in this regard, the Delhi and Maharashtra governments Friday said the Covid-19 lockdown will not be extended any further even as the nationwide tally registered the highest single-day spike of nearly 11,000 coronavirus cases on the day. India Thursday went past the United Kingdom in terms of coronavirus cases to become the fourth worst-hit country, according to the Worldometer.

“Lockdown will not be re-announced. Chief Minister Uddhav Balasaheb Thackeray has requested and appealed to the people not to crowd anywhere and follow the instructions given by the government,” Maharashtra Chief Minister Thackeray’s office tweeted.

Delhi Health Minister Satyendar Jain told news agency ANI: “No, the lockdown will not be extended.”

With 10,956 fresh cases within a span of 24 hours, the total cases in the country rose to 2,97,535 with as many as 8,498 fatalities. The number of recoveries are more than the active novel coronavirus cases for the third consecutive day.

A look at the top developments today:

In war, you don’t make soldiers unhappy: SC on non-payment of salaries to doctors

The Supreme Court took serious note of non-payment of salary and lack of proper accommodation to doctors engaged in fight against Covid-19, stating, “In war, you do not make soldiers unhappy. Travel extra mile and channel some extra money to address grievances.”

The bench of Justices Ashok Bhushan, S K Kaul and MR Shah said the courts should not be involved in the issue of non-payment of salary to health care workers and government should settle the issue.

“Country cannot afford to have dissatisfied soldiers in this war which is being fought against Corona,” the bench said.

“We saw report that doctors went on strike. In Delhi, some doctors have not been paid for past three months. These are concerns that should have been taken care off. It should not require court interventio,” the bench said adding, “You (Centre) need to do more. Must make sure their concerns are addressed.”

“You (Centre) need to do more. Must make sure their concerns are addressed,” the court said.
7 states demand Shramik Special trains

Seven state governments have listed their demand for a total of 63 Shramik Special trains from the railways. Of the total, a maximum of 32 trains will depart from Kerala while the destinations of most trains will be West Bengal (23), the railways said.

Apart from Kerala, Tamil Nadu demanded 10 Shramik Special trains, followed by Jammu and Kashmir (9), Karnataka (6), Andhra Pradesh (3), West Bengal (2) and Gujarat (1). The Uttar Pradesh government is yet to give its requirement of trains, the railways said.

Migrants return to their home in Delhi after a day’s work at a construction site in Maulana Azad Medical College.
Doubling time of Covid cases improved to 17.4 days

The Health Ministry said the doubling time of coronavirus cases in India has improved to 17.4 days currently from 15.4 days a couple of weeks ago. The country on Friday for the first time recorded over 10,000 new instances of the infection in a day. At the time the lockdown was imposed on March 25, the doubling rate of COVID-19 cases was 3.4 days, it said.

The cabinet secretary held a meeting chief secretaries, health and urban development secretaries of all states through a video link and they were asked to also pay special attention to the emerging epicentres of COVID-19 cases and undertake stringent containment measures to check the contagion, the ministry said. “Recovery rate of COVID positive cases continues to increase and is currently stands at 49.47 per cent,” the ministry said.

The Delhi High Court has said the Central government’s decision of phased reopening of lockdown was not taken in haste and it was done to ensure a proper balance between containing the spread of COVID 19 pandemic and making it certain that people are not forced to starvation. It was hearing the plea of a law student which had challenged the May 30 order of the Centre by which lockdown was extended in containment zones and reopening of activities was done in a phased manner outside containment zones.

A bench of Justices Hima Kohli and Subramonium Prasad said the government is expected to remain cognisant of the situation and evaluate it closely and if it is found that the rate of infection is going up, they can always review their decision and impose curbs, depending upon the situation. (PTI)

The Supreme Court on Friday asked the Centre and airline companies to discuss modalities for full refund of tickets for domestic and international flights that were cancelled in the wake of the lockdown.

A bench of Justices Ashok Bhushan, S K Kaul and M R Shah asked the Centre to take a stand on the issue and work out ways for full refund.

Construction workers from Baramati reached Pune station to try to board a train to Patna on Thursday.

Besides this, the bench also directed that that no coercive action should be taken against private firms which failed to pay full wages to their employees during the lockdown period. It added that industries and labourers need each other and efforts must be made to resolve the dispute over wage payments.

The apex court also asked the Centre to file an additional affidavit within four weeks on the legality of March 29 circular by the government, which had directed the employers to pay full wages to employees for 54 days during lockdown period.

Health workers on duty outside a Delhi hospital on Friday.
Waiver of interest charged during moratorium: SC asks Centre, RBI to hold meet in three days

The Supreme Court today asked the Finance Ministry and the Reserve Bank of India to hold a meeting within three days to decide on waiver of interest on interest for deferred payments of instalments for loans during the moratorium period announced in the wake of the lockdown.

A bench of Justices Ashok Bhushan, S K Kaul and M R Shah said the question is not of waiver of complete interest for entire moratorium period but it is limited only to interest charged on interest by banks. It posted the matter for further hearing next week.

Six more people, including three Army personnel, have tested positive for the virus in Arunachal Pradesh, taking the total number of cases in the state to 67, a health department official said on Friday, PTI reported.

Three Armymen tested positive for the disease in Singchung sub-division of West Kameng district on Thursday night, while two persons were detected with the infection in Changlang and one in Longding, PTI reported. “The three Army personnel had recently returned from Bihar, while the two from Changlang had come from Noida and the one from Longding had travelled back from Gujarat. They are asymptomatic and lodged in quarantine centres,” State Surveillance Officer Dr L Jampa said.

All precautionary measures have been put in place across shopping malls.
Opposition demands Prez rule in Goa over govt’s ‘faulty Covid-19 SOP’

With several villages in Goa going on self-imposed lockdowns owing to the virus spread, the opposition parties on Friday have slammed the BJP-led government for its faulty standard operating procedure (SOP).

On Friday, Goa Forward Party chief Vijai Sardesai demanded the imposition of President’s rule in Goa claiming that people have lost faith in the Pramod Sawant-led government. “People have no faith in the government’s SOPs, which is why you can see several local bodies imposing lockdowns in their areas,” he said.

After a series of trials, the single emergency helpline number 112, which will connect people in distress with the police, was made operational in five cities of Maharashtra, officials said on Friday.

Citizens in distress can get immediate assistance from police in the state on dialling the helpline number ‘112’ from their phones in Mumbai, Navi Mumbai, Thane, Nagpur and Pune, they added.

In the next phase, emergency services like police (100), fire (101), medical (108) and assistance to women in distress (1090) will be integrated with the 112 helpline number across the state, an official said.

A petrol pump in Pune teaches customers to refill the fuel tank on Friday.

Amid rising cases, Tamil Nadu Health Secretary Beela Rajesh was transferred by the state government on Friday. J Radhakrishnan, principal secretary and commissioner of revenue administration, was appointed as the new health secretary.

A top official in the state government said there was “nothing amiss, nothing controversial” about the transfer.