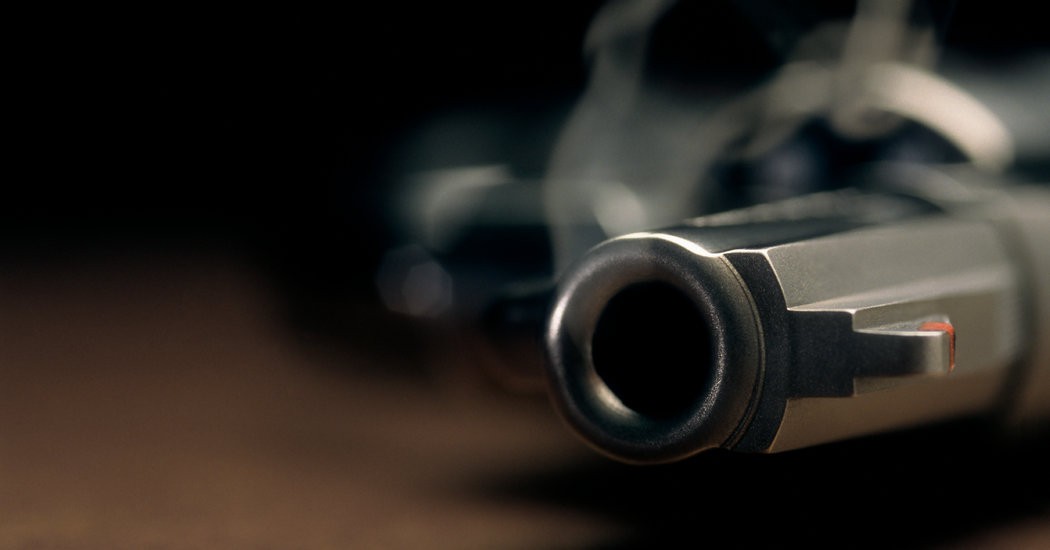 Millions of Americans have experienced the coronavirus pandemic directly, as they or their loved ones suffered through infection. But for most of us, the experience is defined by weeks and months on end stuck at home. The shut-ins are testing the safety of our home environments. Stress and isolation combined with another feature of American life — easy access to firearms — could form a deadly brew.

Last week we released results of a new study — the largest ever on the connection between suicide and handgun ownership — in The New England Journal of Medicine revealing that gun owners were nearly four times as likely to die by suicide than people without guns, even when controlling for gender, age, race and neighborhood.

Several myths cloud public understanding of the connection between guns and suicide. Perhaps the most pernicious is the idea that people who really want to end their lives will find a way to do it, making the presence or absence of a gun somewhat irrelevant.

Decades of research on suicide tell a different story. Suicide attempts are often impulsive, prompted by fleeting crises. A vast majority of people who attempt suicide survive and do not go on to die in a future suicide. But whether attempters get that second chance at life depends a lot on the method they use, which in turn depends on what is readily at hand. Firearms afford few second chances. In sum, methods matter.

Our study compiled information on 26 million Americans over 12 years. We tracked handgun acquisitions in a large sample of California residents and then compared the frequency of death among those who did and didn’t own them.

The elevated suicide rates among handgun owners were driven by their higher rates of suicide by firearm — eight times higher for men and 35 times higher for women, compared with non-owners of the same gender. By contrast, handgun owners did not have higher rates of suicide from other methods or higher rates of death by other causes. These results are consistent with those from every serious study that has examined the relationship between gun access and suicide in the United States. If anything, we find a stronger connection than most others have.

A lack of good data has long hampered efforts to improve understanding of gun violence in the United States. California is probably the only state in which this study could have been done. The state requires all firearm sales to be transacted through a licensed dealer, and records of these transactions are reported and archived, creating a unique statewide repository. (The fact that only a few states gather such records greatly inhibits researchers’ ability to measure the risks and benefits of gun ownership.) This comprehensive historical information allowed us to identify people acquiring their first handgun, and then see what happened to them over time. Knowing about gun stocks and purchasing histories is important, because an owner’s first gun is likely to matter much more than his or her second or 10th one.

The period of greatest suicide risk for first-time handgun owners was the initial few weeks of ownership, when it soared to be 100 times greater than that for non-owners. Nonetheless, 85 percent of all gun suicides among owners occurred more than a month after purchase, and more than half occurred more than a year later. Taken together, these findings suggest that while some people who die by gun suicide buy their weapons intending to kill themselves, that isn’t true for most who die this way — their deaths reflect the substantial and enduring risk posed by access to handguns.

Better information about gun stocks and purchasing histories would also be valuable for disentangling the effects of the Covid-19 crisis on firearm violence. News reports and commentators have focused on spikes in guns sales. But how many of those sales are to new gun owners? Unfortunately, we may never know. Also, purchasing spikes tend to be short-lived, ultimately accounting for a small fraction of total sales over the longer run. None of this is to suggest that concerns about rising rates of gun violence during shutdowns are unfounded. But expect the largest public health impact to come from rising levels of violence in the estimated 40 million American households that had guns long before the pandemic struck.

People buy and keep firearms for many reasons. When it comes to handguns, surveys consistently show self-protection at the top of the lists. Despite colorful anecdotes of armed defense of home and hearth, there has not been a credible study demonstrating the security benefits of private gun ownership for individuals or communities. On the other hand, evidence that guns may be misused and do serious harm — to owners and their family members, including children — is substantial and growing. It’s a lopsided balance sheet that should give pause to people who own guns or are considering buying their first gun.

If you are having thoughts of suicide, call the National Suicide Prevention Lifeline at 1-800-273-8255 (TALK) or go to SpeakingOfSuicide.com/resources for a list of additional resources.

Don't Miss it 3 months, 97,000 COVID-19 cases and billions spent: PM says more help to come
Up Next How the coronavirus outbreak is affecting the working poor | DW News