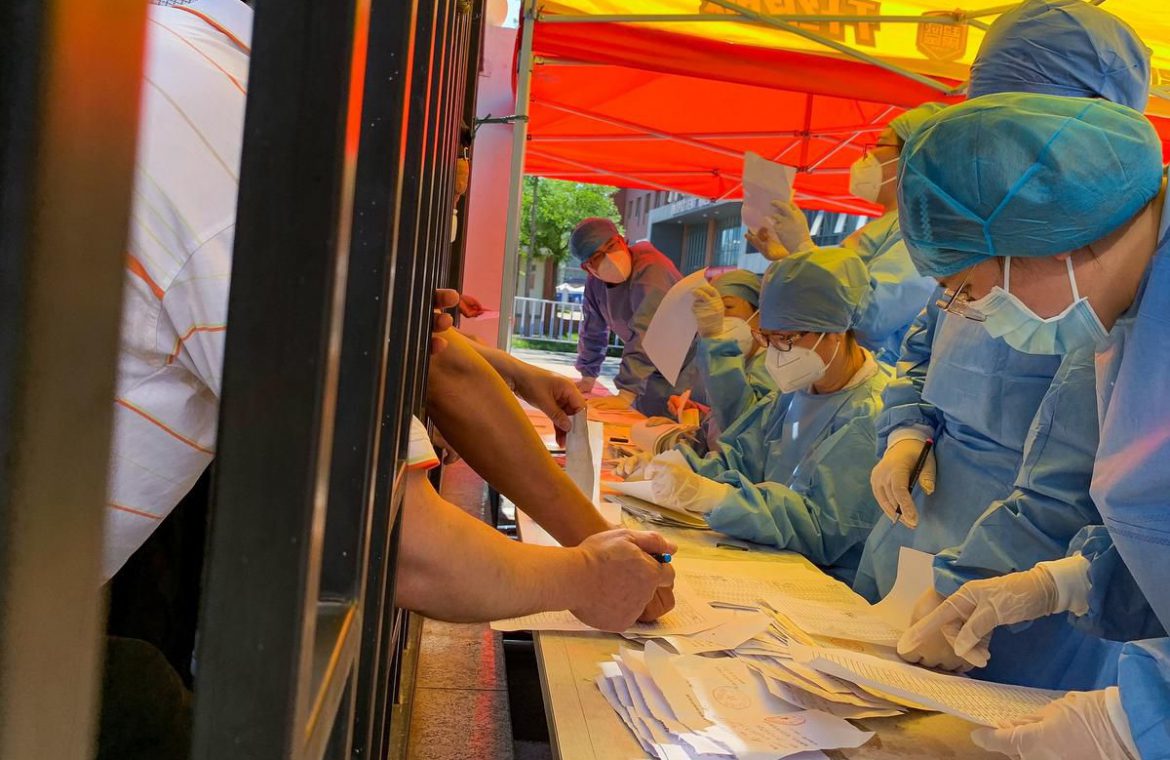 The latest coronavirus news from Canada and around the world Sunday (this file will be updated throughout the day). Web links to longer stories if available.

1:07 p.m.: British Prime Minister Boris Johnson launched a review of social-distancing rules as he tries to encourage consumers to go out and “shop with confidence” when non-essential stores reopen in England on Monday.

“People should shop, and shop with confidence,” Johnson said on a trip to Westfield mall in east London on Sunday. “But they should of course observe the rules on social distancing and do it as safely as possible.”

The prime minister’s comments expose the competing priorities his government is juggling. With one of the worst COVID-19 death tolls of any country in the world, the U.K. is now at risk of one of the developed world’s heaviest economic hits, according to the OECD, but at the same time Johnson needs to avoid the risk of the virus spreading out of control again.

12:33 p.m.: Quebec health officials have added 27 COVID-19 related deaths today, bringing the provincial total to 5,222 since the beginning of the pandemic.

Quebec begins training on Monday for the 10,000 people it hopes to have working as orderlies in the province’s long-term care homes by Sept. 15.

Restaurants in most of Quebec will be permitted to reopen on Monday and indoor gatherings of up to 10 people from three families with social distancing between family units will be permitted.

Ontario’s daily numbers reported on Saturday were 266 new cases — the highest number in a week — on Saturday, nine deaths and 351 new recoveries.

10:22 a.m.: Europe is taking a big step toward a new normality as many countries open borders to fellow Europeans after three months of coronavirus lockdowns — but even though Europeans love their summer vacations, it’s not clear how many are ready to travel again.

Tourists from North America, Asia, Latin America and the Middle East will just have to wait for now but the European Union home affairs commissioner, Ylva Johansson, told member nations last week that they “should open up as soon as possible” to each other’s populations, and suggested Monday was a good date.

Many countries are doing just that, allowing travel from the EU, Britain and the rest of Europe’s usually passport-free Schengen travel area, which includes non-EU countries like Switzerland. Hard-hit Spain, which on Sunday moved forward its opening to European travellers by 10 days to June 21, is allowing thousands of Germans to fly to its Balearic Islands for a trial run starting Monday — waiving its 14-day quarantine for the group.

Austria is opening up Tuesday to European neighbours except Spain, Portugal, Sweden and Britain — and keeping a travel warning for Italy’s worst-hit region of Lombardy. France is asking people from Britain to self-quarantine for two weeks.

8:39 a.m.: Hugs from Mickey Mouse are out at Walt Disney World. So is bunching up at Six Flags to snag a front-seat roller coaster ride. But the season won’t be completely lost for thrill-seekers.

Carefree days of sharing cotton candy on crowded American midways will give way this year to temperature scans at the gates, mandatory masks at many parks, hand-sanitizing stations at ride entrances and constant reminders to stay six feet apart.

While a handful of small U.S. amusement parks have been open since Memorial Day weekend, most are looking to restart their seasons either later this month or by mid-July. Universal Orlando became the first of Florida’s major theme park resorts to reopen in early June. Disney’s nearby parks will wait until next month, but there won’t be any parades, firework shows or character greetings.

Disneyland in California said this past week it will welcome back visitors on July 17 if it gets government approval. Theme parks in many states have been among the last businesses allowed to reopen because of worries over crowds. Ohio’s two biggest amusement parks filed a lawsuit last week challenging the government’s authority to shut them down.

8:07 a.m.: China on Sunday reported its biggest one-day jump in coronavirus cases in two months after closing the biggest wholesale food market in Beijing and locking down nearby residential communities. The 57 new confirmed infections included 36 in Beijing.

The Xinfadi market on Beijing’s southeastern side was closed Saturday and neighbouring residential compounds locked down after more than 50 people in the capital tested positive for the coronavirus. They were the first confirmed cases in 50 days in the city of 20 million people.

China, where the pandemic began in December, had relaxed most of its anti-virus controls after the ruling Communist Party declared victory over the disease in March.

7:00 a.m.: This is usually one of Ziggy Eichenbaum’s biggest-earning weekends of the year, when his pub is packed with tourists and partiers marking the Montreal Grand Prix.

But instead of hosting a giant street festival, bars like Eichenbaum’s remain in limbo in the absence of clear directives on when they can open following the COVID-19 pandemic. As a result, some are mulling defying the government as a protest tactic.

The province has announced that restaurants outside the Montreal area can open on June 15, with those in the metropolis following a week later on June 22. But even that delayed opening does not apply to bars like Ziggy’s Pub, because it doesn’t have a food preparation permit from the Quebec government.

“We’re not a club, we’re not a disco where people stand up and drink,” Eichenbaum said. The only difference between his bar and those that can open is, “they have a kitchen and I don’t,” he said in a phone interview.

In the face of what they see as unequal treatment, some of the bars are taking a defiant stand. Eichenbaum and Steve Siozios, who owns Stogies Cigar Lounge and London Pub, are two of those who say they plan to open their doors on July 1, even if they face penalties.

Nasima Sultana, additional director general of the Health Directorate, said a junior minister from Prime Minister Sheikh Hasina’s Cabinet and a former health minister and close aide to Hasina both died of the virus on Saturday in Dhaka, the capital.

Bangladesh’s main state-run hospitals are overwhelmed, with many critical COVID-19 patients being deprived of intensive care beds and ventilators.

Saturday, 10:05 p.m.: Coronavirus cases are growing faster than ever in Mexico, Chile and Argentina, while Peru posted its deadliest day yet and a new study showed the illness may be far more widespread in Brazil than official data suggest.

Brazilian states on Friday reported 909 new deaths, bringing the nation’s total death count to 41,828, and overtaking the U.K. for the second highest number of COVID-19 fatalities. Infections rose by 25,982, pushing the toll to 828,810. Brazil now trails only the U.S. on both counts.

A study showed the illness may be far more widespread in Latin America’s largest economy than official data suggest. Researchers at the University of Pelotas in southern Brazil estimate there are six unreported cases for every one confirmed diagnosis across 120 cities studied. In Rio de Janeiro alone, where 40,000 cases are included in the federal government’s official tally, up to half a million people may have been exposed to the coronavirus since the pandemic began, they said.

“The number of people with antibodies is in the millions —not thousands,” the authors, led by university dean and co-ordinator of the study Pedro Hallal, said in a statement on Thursday.