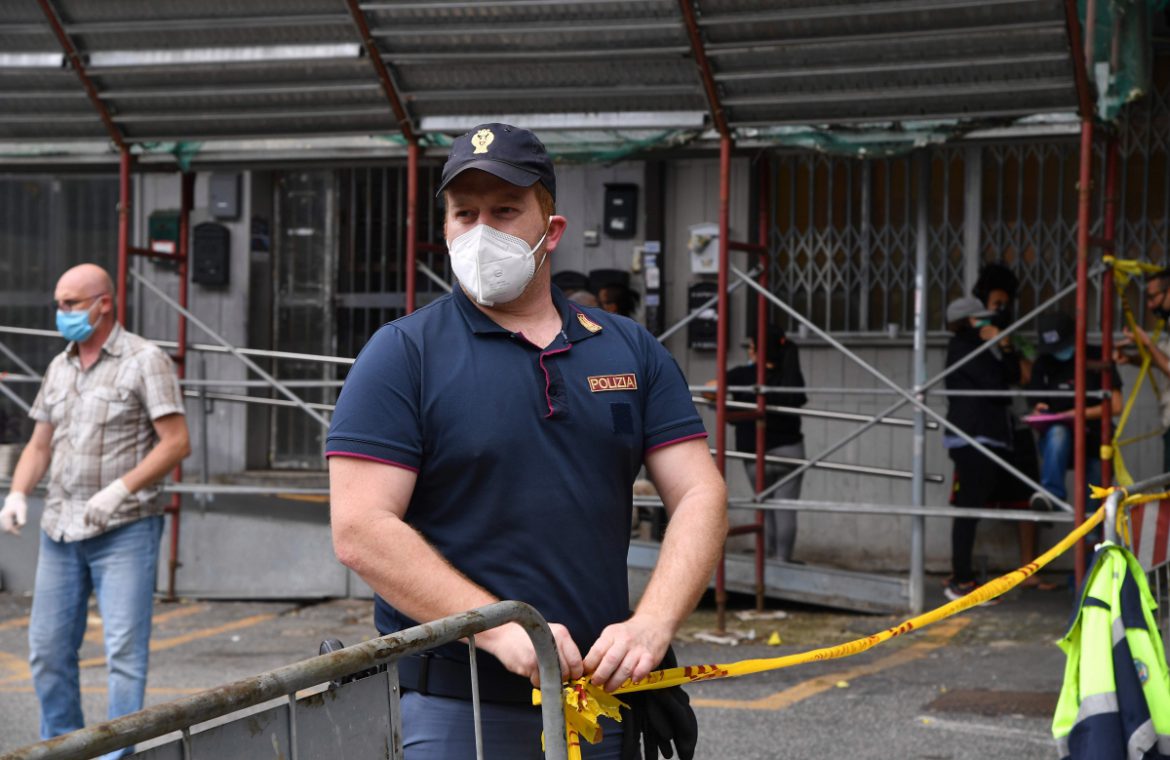 AN ENTIRE apartment block in Rome has been put into lockdown over fears of a second wave of deadly coronavirus infections.

The shock move came after at least 17 people tested positive for the virus on Piazza Pecile in the Garbatella district of the Italian capital.

At least 17 people tested positive for the virus on Piazza Pecile in RomeCredit: AFP or licensors

News of the infections emerged as the country’s death toll increased by 78 on Saturday.

In the wake of the cluster of new cases, the block of flats housing more than 100 people was cordoned off by police.

The infected residents were taken to hospital while others were moved to a hotel in the Italian capital to isolate them from their neighbours.

The sick include two young children and a number of elderly people, reports Repubblica.

“Among us there are elderly people, sick people, worried people,” one resident said.

A block of flats which houses more than 100 people has been cordoned off Credit: AFP or licensors

Those who remain in the apartment block have been ordered to stay indoorsCredit: AFP or licensors

“They are treating us like the plague palace but it is not so. We are afraid, but we are not all positive. “

It’s been reported the first residents to test positive for Covid-19 were a Peruvian family of four.

They were immediately transferred to hospital before it was revealed others in the building – which has shared bathrooms – had also fallen sick.

Those who remain in the apartment block have been ordered to stay indoors and the local Red Cross are supplying them with food and essentials.

The district’s president said: “We are working to ensure that we are all calm in the situation.

“We have secured the building now while we await the results of all the analysis.”

An area outside the apartment block where residents can walk their dogsCredit: AFP or licensors

News of the new infections emerged as the country’s death toll increased by 78Credit: AFP or licensors

News of the outbreak came as Italy entered into Phase Three of its emergency plan for the Covid-19 epidemic.

The country will begin to lift more restrictions on Monday after premier Giuseppe Conte announced cinemas would now be allowed to reopen.

The Lazio Region’s Covid-19 Crisis Unit said: “We fear that they are destined to increase.

“The attention remains very high and the positive patients have all been transferred,” reported Corriere Della Sera.

The total death toll in Italy now stands at 34,301 since the outbreak began in the country on February 21

That’s the fourth highest toll in the world lagging only behind the US, UK and Brazil.

The number of people infected by coronavirus in Italy currently stands at more than 270,000.

The worrying news shows how the disease can come back as curbs on business and travel are lifted.

Elsewhere, governments including Egypt, Ukraine and North Macedonia have reported their highest single-day totals of new infections since Friday.

In the US, case numbers are rising in some states as President Donald Trump pushes to reopen businesses despite warnings by public health experts.

The world is now seeing more than 100,000 newly confirmed cases every day, according to data from Johns Hopkins University.