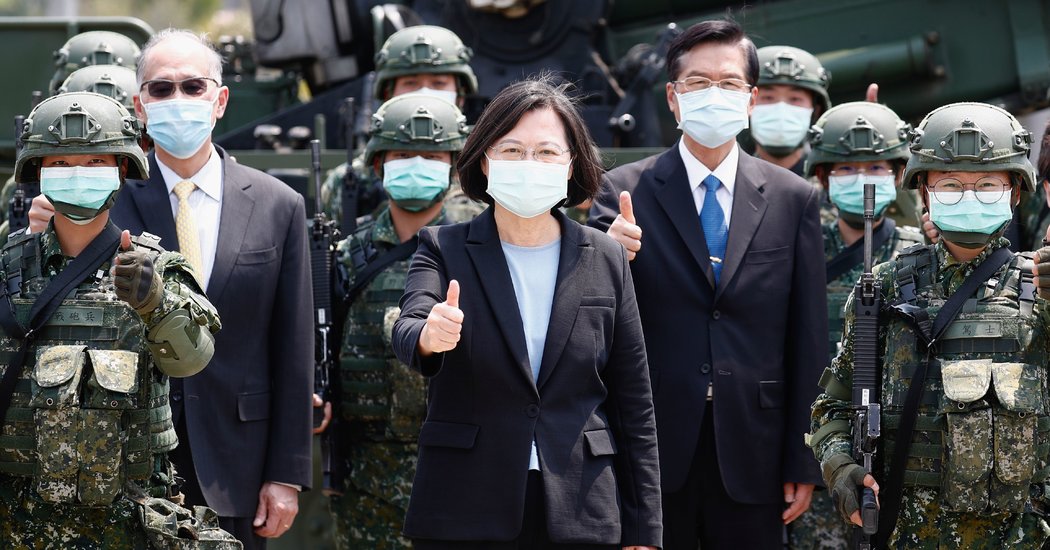 Are female leaders better at fighting a pandemic?

I compiled death rates from the coronavirus for 21 countries around the world, 13 led by men and eight by women. The male-led countries suffered an average of 214 coronavirus-related deaths per million inhabitants. Those led by women lost only one-fifth as many, 36 per million.

If the United States had the coronavirus death rate of the average female-led country, 102,000 American lives would have been saved out of the 114,000 lost.

“Countries led by women do seem to be particularly successful in fighting the coronavirus,” noted Anne W. Rimoin, an epidemiologist at U.C.L.A. “New Zealand, Denmark, Finland, Germany, Iceland, Norway have done so well perhaps due to the leadership and management styles attributed to their female leaders.”

Let’s start by acknowledging that there have been plenty of wretched female leaders over the years. Indeed, according to research I once did for a book, female leaders around the world haven’t been clearly better than male counterparts even at improving girls’ education or reducing maternal mortality.

There has been solid research that it makes a difference to have more women on boards and in grass-roots positions, but evidence that they make better presidents or prime ministers has been lacking — until Covid-19 came along.

It’s not that the leaders who best managed the virus were all women. But those who bungled the response were all men, and mostly a particular type: authoritarian, vainglorious and blustering. Think of Boris Johnson in Britain, Jair Bolsonaro in Brazil, Ayatollah Ali Khamenei in Iran and Donald Trump in the United States.

Virtually every country that has experienced coronavirus mortality at a rate of more than 150 per million inhabitants is male-led.

“I don’t think it’s a coincidence that some of the best-run places have been run by women: New Zealand, Germany, Taiwan,” mused Susan Rice, who was national security adviser under President Barack Obama. “And where we’ve seen things go most badly wrong — the U.S., Brazil, Russia, the U.K. — it’s a lot of male ego and bluster.”

I think the divergence has a great deal to do with that ego and bluster.

“We often joke that men drivers never ask for directions,” observed Dr. Ezekiel Emanuel of the University of Pennsylvania. “I actually think there’s something to that also in terms of women’s leadership, in terms of recognizing expertise and asking experts for advice, and men sort of barreling ahead like they got it.”

He has a point. Those leaders who handled the virus best were those who humbly consulted public health experts and acted quickly, and many were women; in contrast, male authoritarians who botched the response were suspicious of experts and too full of themselves.

“I really get it,” Trump said when he visited the Centers for Disease Control and Prevention in March. Surrounded by medical experts, he added, “Maybe I have natural ability,” and he wondered aloud if he should have become a scientist.

(Given that Trump said in January that Covid-19 was “totally under control,” he has his answer. And peer review might not have been kind to his ideas about bleach.)

While women have generally outshone men as international leaders, that does not seem true within the United States. Some female governors have done better, others worse, so there isn’t an obvious gender gap at home.

It’s also possible that this isn’t about female leaders but about the kind of country that chooses a woman to lead it.

Companies with more female executives on average perform better than those with fewer women, but analysts think that the reason isn’t just the brilliance of women leaders. Rather, companies that are culturally open to having senior women are also more willing to embrace other innovations, and it may be this innovative spirit that leads to higher profitability. Likewise, countries willing to elect female prime ministers may be those more inclined to listen to epidemiologists.

Yet I think that there’s also a difference in the leadership itself.

Wallstrom also noted that public health is a traditional “home turf” concern for many women leaders. Grant Miller, an expert in health economics at Stanford University, found that as states, one by one, granted the vote to women in the late 19th and early 20th centuries, those states then also invested more in sanitation and public health — saving some 20,000 children’s lives a year. Boys were thus huge beneficiaries of women’s suffrage.

One trap for female politicians is that brashness can be effective for male candidates, but researchers find that male and female voters alike are turned off by women who seem self-promotional. That forces women in politics to master the art of communicating effectively in a low-key way — just what’s needed in a pandemic.

“Perhaps the skills that have led them to reach the top,” said Rimoin, the U.C.L.A. epidemiologist, “are the same skills that are currently needed to bring a country together.”

Don't Miss it It may take time to appreciate all economic data from the coronavirus period. But we already know there will be big releases this week
Up Next Questions plague Russia's coronavirus reporting | DW News