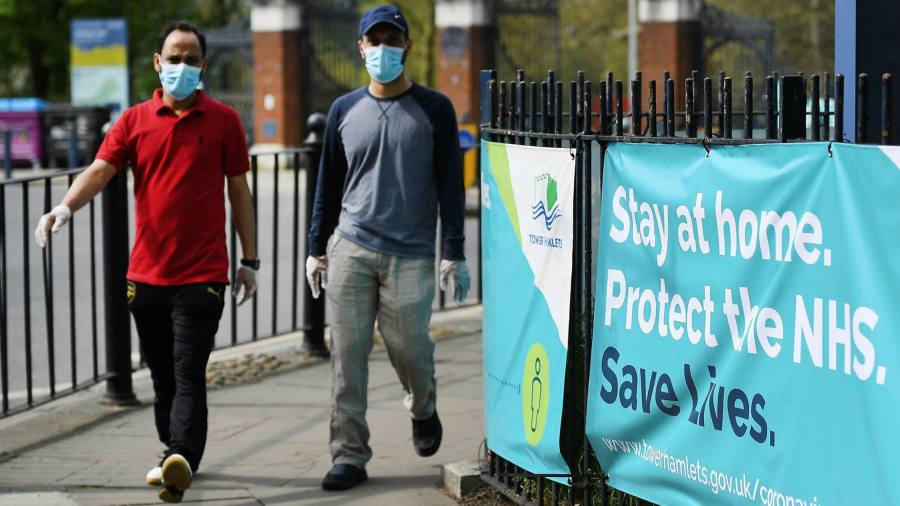 More than 1m people have been locked out of the main government coronavirus support schemes, according to a report published on Monday by the influential Treasury select committee.

Mel Stride, the committee’s chair, said the government needed to act urgently “to help those who have fallen through the cracks” if it was to fulfil its promise of “doing whatever it takes” to protect people and businesses from the impact of the pandemic.

The plight of those people who do not qualify for support will be further accentuated by the extension of the government job retention scheme to October, and of a separate scheme to support the self-employed to August.

“As we move into an extended period of support, not only will these gaps persist but the effect on differing households will grow wider,” the committee warned.

The economic challenge facing the government was laid bare by the
20.4 per cent drop in output in April, which has fuelled calls for Boris Johnson, prime minister, to relax the two-metre social-distancing rule that the hospitality sector says will hamper its recovery.

Rishi Sunak, chancellor, is among those keen to speed up the reopening of the economy, which continues on Monday with non-essential shops being allowed to resume trading. On Sunday he said the decision on the two-metre rule would be looked at “in the round” with a team of scientists and economists as part of a formal review in the coming weeks.

We have been left in a situation where we have had to use credit cards to pay for essential food, we are building debt with no idea how, and when we will be able to pay for it

The hospitality sector was among those highlighted in the Treasury committee report. Many in the industry have been furloughed but are losing out because tips — which make up a significant part of their earnings — are not counted in furloughed pay calculations.

The report also found that hundreds of thousands of people are missing out on support because they started new jobs after the cut-off date for qualifying.

Meanwhile, the self-employed income support scheme is not open to an estimated 225,000 people whose trading profits exceed a £50,000 cap. This includes many working in the creative industries whose earnings are just above the cap.

It also excludes hundreds of thousands of people who became self-employed too recently to have tax records, along with directors of limited companies who pay themselves largely through dividends.

“We have been left in a situation where we have had to use credit cards to pay for essential food, we are building debt with no idea how, and when we will be able to pay for it,” Emily Treasure, director of a small company that runs gym classes for children, said in evidence to the committee.

She had furloughed all her 38 employees but was unable to claim furlough pay herself as she still needed to work to keep the company alive and in any case drew most of her pay through dividends.

The report also found that large numbers of freelancers who combine self-employment with short-term contract work were ineligible for either of the two schemes.

“Rishi Sunak doesn’t even understand how a lot of this country works,” said Ellie Phillips, a TV presenter and journalist who is now campaigning on behalf of freelancers.

She has had “zero support”, she said, because most of her freelance income comes through PAYE (pay as you earn) and is taxed at source, leaving her without the tax returns needed to apply for the self-employed support scheme — and she is not eligible for universal credit as her husband is still earning.

She said millions of freelancers were in a similar position — ranging from chefs and construction workers to nurses who regularly worked for the NHS but had not been needed while elective procedures had been put on hold.

Ministers have argued that some gaps and inequities in the schemes were unavoidable, given the need to design mechanisms that were simple to administer and could deliver aid at scale quickly.

Paul Johnson, director of the Institute for Fiscal Studies, told the committee this week that the Treasury had achieved “a generally generous and very broad broad-brush approach that has . . . resulted in some pretty rough justice”.

But the committee argued that with the period of support now extended, the government should be able to adapt the schemes to iron out their inequities — even if, in the case of limited company directors, it required a more labour-intensive vetting process that would need significant resources.

“As we all start to focus on this next stage and the recovery, we want to ensure more than a million people who have fallen through the gaps in support schemes are not forgotten,” it said.