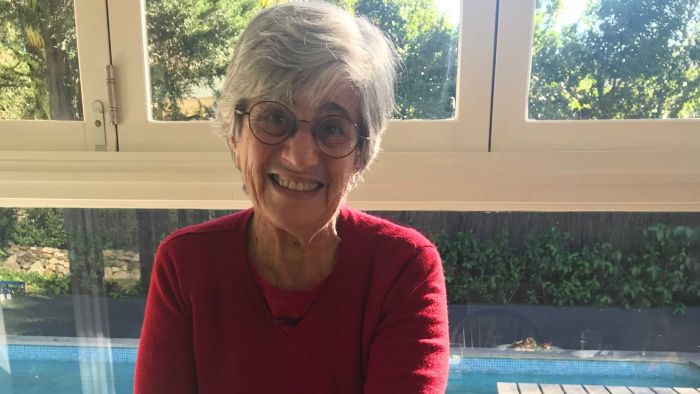 When a letter arrived in her mailbox recently from her superannuation fund, retiree Sandra Luntz was at a loss as to what it all meant.

Key points:Government changes to superannuation rules, as part of the COVID-19 stimulus package, will come into effect on July 1Reduced minimum drawdown rates will mean some retirees could have their superannuation pension payments reduced by halfRetirees are able to set their payments higher if needed

“I looked at the letter and just skimmed through it and thought, ‘OK, yeah, it doesn’t look too exciting,'” she said.

But the devil was in the detail, and what the former speech pathologist didn’t grasp then was that her pension payment was about to be cut by half, under changes that come into effect from July 1.

“You know, as far as I know, I’m not cognitively impaired and I do have a tertiary education and English is my first language — and yet, I had difficulty.”

The 76-year-old turned to her daughter, Ann Pearson, to help explain the letter.

Under Australia’s superannuation arrangements, the Federal Government requires retirees collecting on their super to withdraw a minimum amount each year.

The idea is to ensure those who are better off gradually use up their nest egg, rather than keep on enjoying a generous tax break.

Retirees can choose to draw on their superannuation with a pension payment.(Unsplash)

But at times of financial instability — like now — it can be counterproductive to force superannuants to draw down on their super too fast and eat away at the nest egg that’s supposed to last the rest of their life.

That’s why the Government moved to reduce the minimum drawdown as one of the measures in its COVID-19 stimulus package.

Under the changes, fund administrators are required to reduce payments to the minimum amount set out in the legislation.

But retirees can also elect to set the payment to a higher level if suits them better.

Changes could catch retirees out

Ms Pearson was able to give her mother the advice she needed. As the head of wealth products with Australian financial services company ClearView, it’s her job to understand Australia’s labyrinthine superannuation system.

“So my mum’s on the minimum pension and I know for certain that mum could not live on half the amount of money that she’s getting at the moment,” she told AM.

“My mum is quite financially savvy, but she wasn’t aware that this would be happening,” Ms Pearson said.

“And when I told her, she was horrified, and not just horrified because her income was halving, but also horrified that someone had actually made this decision on her behalf without consulting her, and [horrified at] having had her choice taken away from her.”

Retirees can also elect to set the payment to a higher level.(Unsplash)

“If you have your money in the pension mode, you get a terrific tax break,” he said.

“You have no tax on the earnings from interest, dividends, etc, no capital gains tax. So it’s literally like an offshore account, but onshore.

“So it’s wonderful if you’re in the luxurious position of being able to halve your pension, you get all of the lovely tax benefits and you can let it [your superannuation] sit there and fully recover.

“But that’s not everybody, that’s really the minority. Most people just need the money they need for day-to-day living.”

The Assistant Minister for Superannuation and Financial Services, Jane Hume, said in a statement to the ABC that superannuation trustees should do what’s best for members.

“Trustees should be carefully examining what’s in the best interests of their pensioner members and not risk being perceived to hold on to people’s money,” Senator Hume said.

“Some pensioners may need the money now, others may want to only take the minimum drawdown.”

Mr Poole believes more could have been done to explain the changes.

“It’s the sort of thing that could almost have its own TV campaign, a government announcement: ‘You can reduce your pension if you wish and your administrator may well just forcibly do this to you,'” he said.

ClearView took feedback from its customers as well as legal advice on the new government legislation, before deciding against reducing pensions for its account holders, unless they requested the change first.

“They are automatically reducing people’s pensions to the new minimum. For those people, it could be quite difficult for them to suddenly discover that they don’t have enough money in their bank account to to pay their bills,” she said.

Her mother Sandra Luntz, meanwhile, is still fuming about the changes.

“I think I’m jolly lucky that I had a daughter who could help me sort these things out.”

Don't Miss it Explained: Will monsoon impact coronavirus spread?
Up Next Airline passengers brought COVID-19 into Los Angeles in March — and no one warned the public