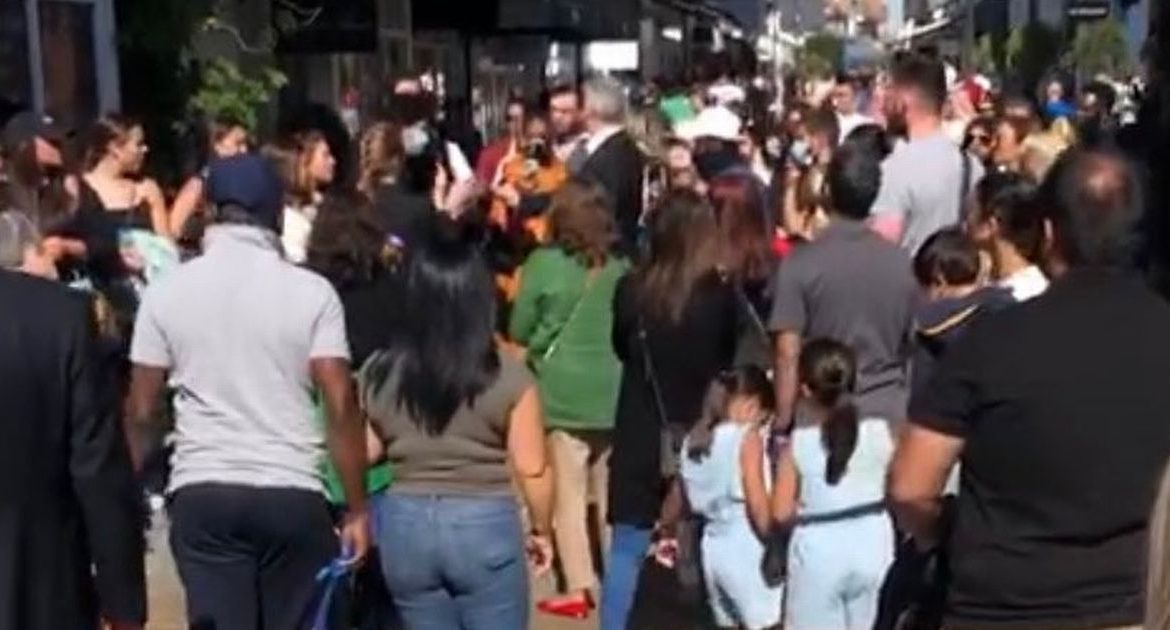 Thousands of people have signed a petition for a shopping complex to temporarily close after huge crowds reportedly created an “unsafe environment” for staff – sparking coronavirus fears.

Bicester Village opened its doors on Monday morning, with pictures appearing to show desperate shoppers surging on the Oxfordshire retail outlet and not adhering to social distancing.

Laura Wicks launched a petition on Change.org, which as of Monday evening had 3,413 signatures, demanding the complex be shut until a solution is reached.

“I was disgusted to see the hundreds of people squashed into the street like Cornavirus never happened,” she wrote.

For updates on coronavirus, follow our live blog HERE.

“As a nation we are all still under the 2 metre guidelines and as a company, Bicester Village have a responsibility to keep its staff safe.

“It is horrendous that the people who work there are being forced into an unsafe environment when so many of them have family at home.”

The centre has 160 stores and was temperature-scanning shoppers on arrival, while advising them to keep two metres apart, according to its website.

A campaign has been launched for the complex to shut until the situation can be reviewed
(Image: Nicky Brennan/Twitter)

It comes as customers turned out in force as England’s retail parks, high streets and shopping centres reopened after a three-month shutdown, with footfall rising by more than a third on last week.

Lengthy queues of often-masked shoppers formed, many well before opening times, across the country’s major cities as people stepped out to bag a bargain or browse the rails for the first time since lockdown.

Shoppers have been encouraged to be sensible and adhere to new hygiene measures and social distancing, with a Government minister saying they are beginning to reopen the economy “gradually and carefully”.

And Bicester Village was not the only place raising concerns about safety.

While most generally appeared to be keeping to the two-metre distancing rule as they queued, there were images of a tightly-packed crowd outside the Nike Town store on London’s Oxford Street.

One customer described it as being “a little bit crowded”, but said staff “did all they could to put the measures in place and keep it under control”.

Long lines were seen at Primark stores across the country, with dozens of keen shoppers waiting outside branches in Birmingham, Derby, Liverpool and Nottingham.

Value Retail, which runs Bicester Village, has been contacted by Mirror Online for comment.