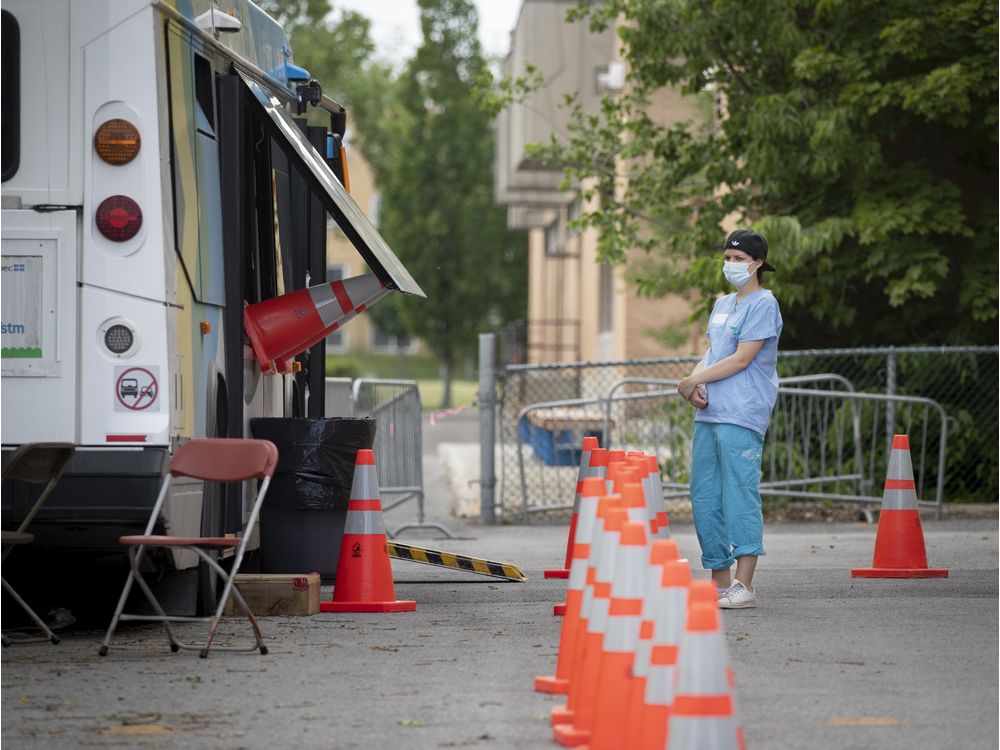 Quebecers are among the most likely to want masks to be mandatory in confined spaces such as grocery stores, shopping malls or public transit.

Canadian public health authorities are urging people to cover their faces in such circumstances but so far have resisted calls to make the measure obligatory.

Sixty per cent of people surveyed in Quebec by the Léger polling firm said Canadians should be forced to cover their faces in stores, malls and transit vehicles.

That’s one of the highest rates of support for mandatory masks, according to the results of the poll, conducted for the Association for Canadian Studies between June 12 and June 14.

However, Quebecers aren’t following their own advice when taking public transit.

The poll found that only 15 per cent of respondents from the province say they wear masks on buses and the métro.

Just under one-quarter said they cover their faces at work.

A slight majority of Quebecers said they wear masks when they shop at grocery stores or pharmacies.

Léger survey: “Should the wearing of a protective mask be made mandatory for all Canadians when they are out in public and confined spaces such as grocery stores, shopping malls or public transit?”Léger survey: “Do you wear a mask to do the following?”9 a.m.Here’s where you can get tested in Montreal today

Montrealers can be tested at free screening clinics across the island.

They are for people who 1) have symptoms or 2) don’t have symptoms but have been in close contact with someone who has received a positive COVID-19 test result.

Some of the clinics require appointments.

We are constantly updating our list of what is open and closed in Montreal.

Sign up for our email newsletter dedicated to local coronavirus coverage here:  montrealgazette.com/coronavirusnews

More On This Topic