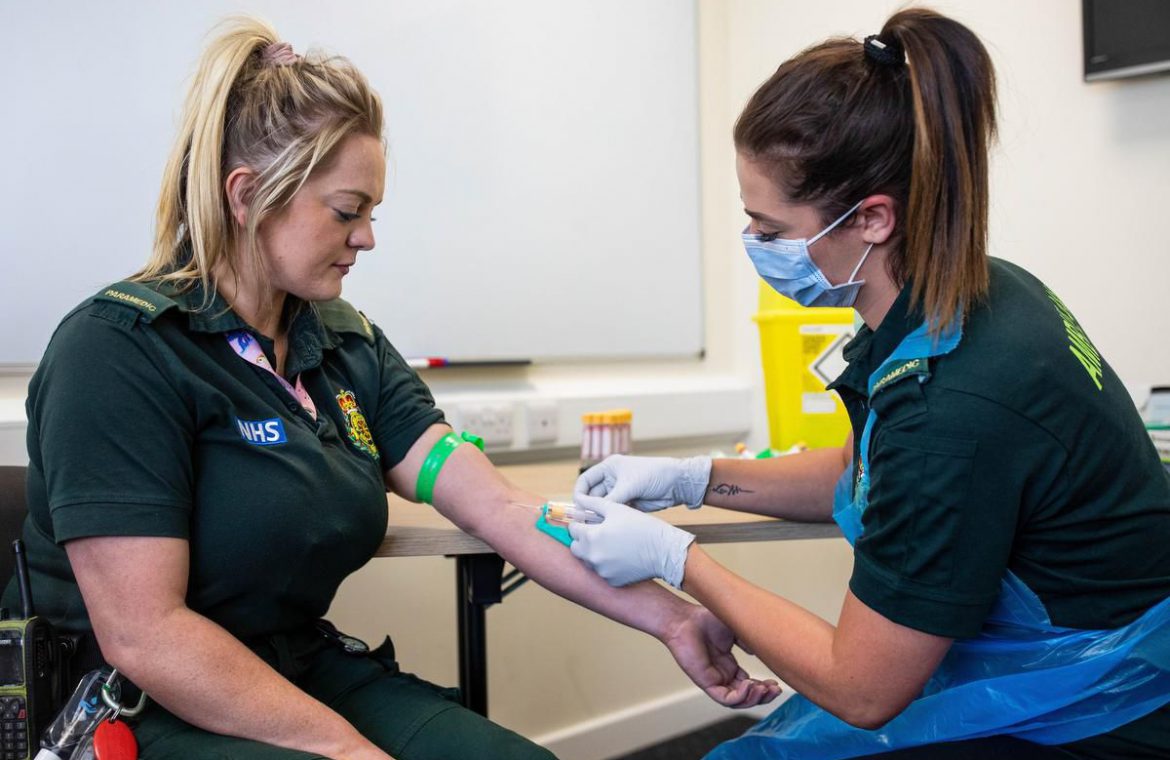 Executive health-care clinic Medcan plans to provide a COVID-19 antibody test to clients next month, at a price, the company says.

The Toronto-based private clinic, which charges an annual membership fee for services outside of OHIP and streamlined care, will offer Abbott Laboratories’ IgG antibody test, spokesperson Bronwen Evans said in an email. It’s one of five serological tests approved by Health Canada.

Unlike swab tests that determine if someone has an active infection, these blood tests show whether people have developed antibodies that suggest they’ve already had COVID-19 and could be protected from getting it again. The tests are key to the controversial promise of immunity passports, which could help society open up more without a vaccine or cure for the disease that has killed hundreds of thousands.

They are already being widely used in many countries, including the U.S., where they’re available online, by people curious about if they’ve had it without any symptoms, or if that flu in February could have actually been the new coronavirus.

But experts have urged caution. There are concerns with accuracy and false positives. And scientists think but haven’t yet proven with strong evidence, that if you have the antibodies you are immune from getting the disease again. They also don’t know how long any immunity would last.

According to slides from a company town hall, shared with the Star by an employee, Medcan will offer the test at between $200 and $400 to clients, depending on their health-care package. They will also offer it for free to any of their own employees who are interested.

Evans said it will be completely optional and private, and the test has an “excellent” accuracy rate.

“The results will not be utilized by Medcan in any way,” said Evans. “Many of our employees have requested access to the COVID-19 IgG testing.”

The blood sample is taken from a vein and the test is run immediately afterwards, she added. The U.S. company’s test was approved by Health Canada in mid-May, and another one was approved earlier this month.

“Abbott is working with all the provincial testing laboratories and relevant federal agencies across the country to implement testing as soon as possible,” said spokesperson Kelly Wighton in an email. A handful of the company’s antibodies tests are already approved by the U.S. Food and Drug Administration, and the company plans to distribute 30 million globally by the end of July.

Evans added that clients who take the test will have the results reviewed by a health professional and have the opportunity to ask questions. They will also be given patient education material that will discuss the accuracy of the test and “the fact that evidence is still being collected to determine if IgG antibodies provide protective immunity against COVID-19.”

The plan for those who don’t have access to a premium health-care service in Ontario is still unclear. Will they be available through family doctors? Or covered by OHIP?

The province’s testing strategy expert panel is currently discussing serological testing and “developing a framework/criteria to incorporate and align serology testing into the larger provincial testing strategy,” said a Public Health Ontario spokesperson in an email.

That framework is expected to be released in the next couple of weeks, the spokesperson added. In the meantime the Health Canada-approved tests are currently licensed only for research, said Ontario health ministry spokesperson Hayley Chazan in an email.

Medcan will wait for the province’s framework, said spokesperson Evans.

“There are many examples of health services that are not covered by OHIP that can be paid for privately, such as mental health counselling by a psychologist, drugs and many dental services,” she added.

“We appreciate that governments need to determine the most effective way of rationing health-care spending. We hope that the general public will eventually have access to this test as a covered benefit.”

Dr. Prabhat Jha, director of global health research at St. Michael’s Hospital in Toronto, is leading a cross-country study to try to answer some of the key questions about antibodies. Do they mean someone is protected against reinfection from COVID-19? Does immunity fade over time, as it does for the common cold?

His team has paired up with polling firm Angus Reid to get a “random snapshot of the country” with an oversampling of seniors, as they’re the hardest hit by the virus. They plan to send out 10,000 blood kits. Participants will prick their fingers and send the results back, and they’ll be checked again in a few months.

The researchers will inform them about their results on a scale from highly likely to have had COVID-19, to somewhat likely, to unlikely.

But they aren’t accepting volunteers as it could skew the results towards those who suspect they’ve already had it, even though they’ve “been flooded” with calls and emails from those eager for the test.

Jha urges caution, and recommends people wait for further public health guidance, and more evidence from studies like his, before trying to get an antibody test.

“It’s not a licence to go out and kiss people on the street,” he said of positive test results. “I’m not against individual consumer choices but they have to be informed by science.”

A national COVID-19 Immunity Task Force will also roll out a host of studies over the next two years, using Health Canada-approved serology tests.

The tests are very useful to understand “patterns of infection” in groups, or large settings such as hospitals or meat-packing plants where there have been outbreaks, said Dr. Tim Evans, director of the School of Population and Global Health at McGill University, who’s leading the secretariat of the task force.

But he also doesn’t recommend them for individuals or companies testing workers.

“At the moment we don’t think the science is mature enough to enable either clinicians or employers to manage employees on an individual basis,” Evans said.

“Even if it does provide protection, we don’t know how long that protection will last. The epidemic is much too young for us in Canada to have that information, and the world.”

Andrew Corkum, president of commercial operations at Ortho Clinical Diagnostics Canada, one of the companies behind one of the Health Canada-approved serological tests, believes they could be useful in “helping to identify immunity in order for people to get back to work.” They haven’t had companies reach out yet, but Roche Diagnostics, which also has an approved test, has, said spokesperson Marie-Elaine Guay.

“That being said, as a diagnostic provider our objective is to provide a reliable test to help identify which individual has been exposed to the virus and has developed antibodies,” she added in an email. “Any clinical interpretation needs to be aligned with the provincial health authority guidance.”

The tests are already being used by some employers in the U.S. Like Jordan Rose, founder and president of the Rose Law Group in Scottsdale, Ariz., who decided the firm should offer the test free of charge in the spring. The state has now become a new COVID-19 hot spot.

“Our feeling was, let’s let everyone on our team assess their own level of risk,” she said. They wanted to “provide some level of confidence so they can make their own decisions as to how they decide to interact.”

Rose estimates more than 30 of the firm’s 50 staff members have taken the test. But they had to offer two, because the first one was discontinued over accuracy concerns.

The results are private, although she said some lawyers are already using them to make decisions about meeting with clients.

Closer to home, Jha said he knows many people are curious but they should keep in mind the test’s limitations.

“If you knew the result, it wouldn’t change your behaviour today anyway,” he said.

“I think with the science and more testing, and more antibody testing coming on we will get to the stage where you can use something like an immunity passport, but we’re not there yet. We’re quite some months away from getting the science right.”

Don't Miss it AAP’s Atishi and Akshay Marathe Test Positive for Covid-19
Up Next Coronavirus Live Updates: Millions of Doses of Malaria Drugs in Limbo