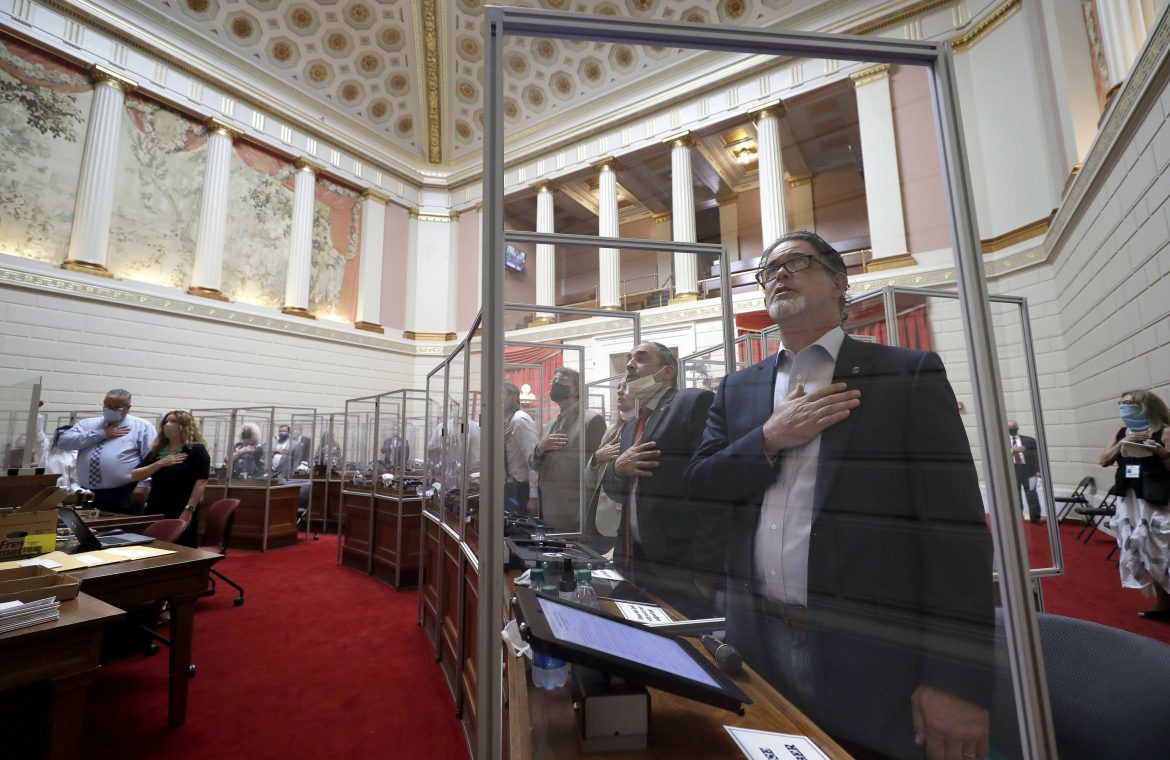 PHOENIX (AP) — When the coronavirus flared in China this week, the country canceled flights, suspended reopenings and described the situation as “extremely grave.” But with cases rising in some U.S. states, local officials have balked at even requiring people to wear masks.

In the United States, which has the most reported cases and deaths in the world, authorities are wrestling with balancing demands for constitutional rights and personal freedom with warnings from health officials that being lax will have deadly consequences.

China responded Wednesday to a new outbreak in Beijing by scrapping more than 60% of its flights to the capital, canceling classes and strengthening requirements for social distancing. It was a sharp retreat for the nation that declared victory over COVID-19 in March.

“This has truly rung an alarm bell for us,” Party Secretary Cai Qi told a meeting of Beijing’s Communist Party Standing Committee.

China’s response was to about 137 new cases, a fraction of the number some U.S. states see each day. In Arizona, more than 1,100 people visited emergency rooms on Tuesday alone with positive or suspected cases. Alabama is also fast running out of hospital space, leading to impassioned debate over whether to require masks. Other states that haven’t mandated face coverings, like Texas and Florida, also are seeing infections soar.

“Donald Trump wants to style himself as a wartime president. Unlike any other wartime leader, he takes no responsibility, he exercises no leadership, now he has just flat surrendered the fight,” Biden said Wednesday.

Biden has worn a mask repeatedly at public events, while Trump hasn’t, even on occasions such as touring auto factory floors where they are required. Aides say Trump believes them to be unflattering and that wearing one projects weakness.

The mask debate is playing out nationwide, notably in hard-hit states where face coverings have become a political and cultural debate.

Hundreds of medical professionals signed a letter urging Arizona Gov. Doug Ducey to require them. He’s encouraged people to use masks but hasn’t worn one during news conferences and has rebuffed calls to require them. He also has resisted imposing new restrictions on businesses, attributing Arizona’s surge in cases to increased testing.

Arizona leads the nation with the highest seven-day average positive test rate: 17.7%, or about double the national average and well above the 10% threshold that health officials find worrisome. It also has the most new cases per capita in the U.S. in the past 14 days. The state’s leading hospital system says it’s almost running out of beds.

Several restaurants and other businesses also have closed because staff tested positive in the last week.

The same thing is happening in parts of Florida, where people under 35 are testing positive at a higher rate since the pandemic began, contributing to a surge in cases, officials said Wednesday.

“This is happening statewide. Ideally, we would have leadership from the top and this would be a statewide decision,” Mayor Rick Kriseman said.

The Democrat said Republican Gov. Ron DeSantis has encouraged people to use masks but not mandated them.

Cases in Pinellas County, where St. Petersburg is located, have shifted from care homes to younger people, county Commissioner Ken Welch said. He said 25% of the cases are in the African American community.

DeSantis said he has no intention of closing Florida’s economy again despite the statewide spike in new cases, which topped 1,000 Wednesday for the 15th consecutive day. He said many of those getting sick are young and unlikely to suffer serious illness or death.

For most people, the coronavirus causes mild or moderate symptoms, such as fever and cough. For some, especially older adults and people with existing health problems, it can cause more severe illness, including pneumonia and death.

“What we are doing here is to protect the life and safety of the San Antonio community,” Mayor Ron Nirenberg said, adding that most infections in the area are in people younger than 40.

It comes after Texas Gov. Greg Abbott urged people to take greater responsibility for stopping the spread of the virus but said he would not require masks. The second-most-populated state hit a record for COVID-19 hospitalizations Wednesday with 2,793, an 85% increase since Memorial Day.

In Montgomery, Alabama, where cases are spiking, the issue of masks erupted during a City Council meeting, where members rejected a proposal to mandate them at public gatherings of 25 or more. Health officials said they are critical to stemming the tide.

Dr. Bill Saliski, a lung specialist at Jackson Hospital in Montgomery, called on the city to pass a mask requirement and declared: “If this continues the way we’re going, we’re going to be overrun.”

Montgomery County has added more than 700 coronavirus cases in the past week, more than any other county in Alabama, with a total of 2,922 infections. The virus has affected the African American population there at disproportionate levels.

Some city leaders voiced concern about trampling on people’s rights.

“I think to make somebody do something or require somebody to wear something is an overreach,” councilman Brantley Lyons said.

Since the virus emerged in China late last year and spread worldwide, there have been more than 8 million confirmed cases and over 445,000 deaths, according to Johns Hopkins University. Experts say the true toll is much higher. The U.S. death toll has exceeded 117,000.

European nations, which embarked on a wide-scale reopening this week, watched Asia and the Americas with trepidation.

After lockdown restrictions were relaxed in Iran, Health Minister Saeed Namaki said he realized the extent of the challenge when he took a domestic flight.

“Many people have become careless, frustrated with wearing masks,” he said. “They did not observe (social) distancing in the flight’s seating and the airliner’s ventilation system was not working.”

Moritsugu reported from Beijing, and Pane from Boise, Idaho. Associated Press reporters around the world contributed.