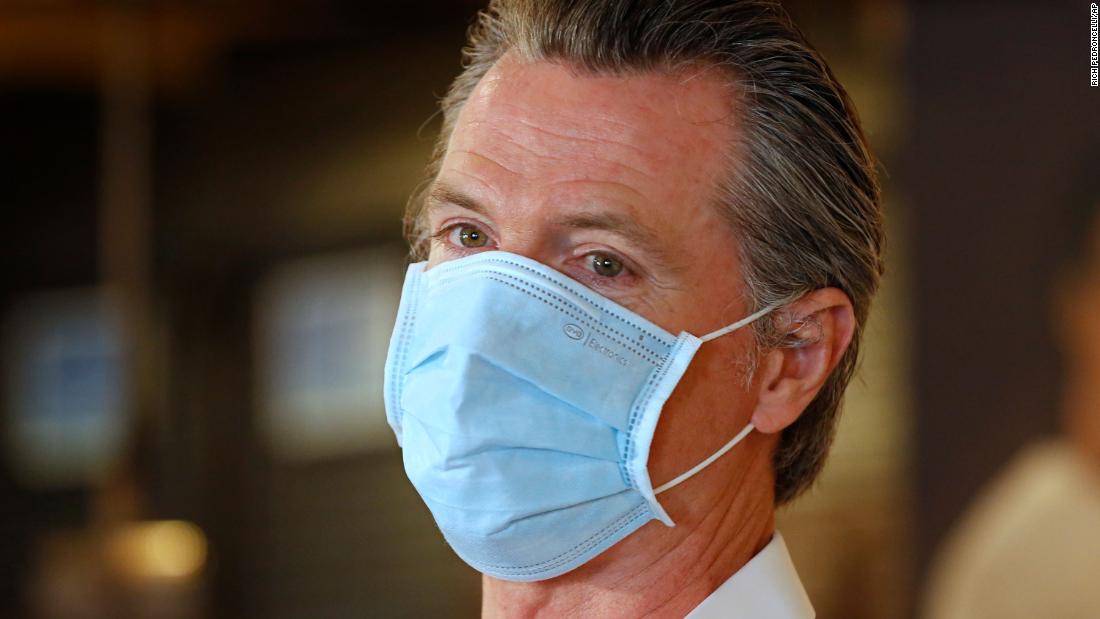 The governor of Nebraska also pushed back against attempts to make masks mandatory.

Gov. Pete Ricketts said he will withhold federal coronavirus relief funds from counties that require people to wear face masks in government buildings, according to a state guidance document obtained by CNN on Friday.

Fifteen states and Washington DC now require the use of face coverings in public.

The director of the National Institute of Allergy and Infectious Diseases called the trend “disturbing” and “disappointing.”

Globally, Thursday saw the most coronavirus cases reported to the World Health Organization in one day since the outbreak began, WHO Director-General Tedros Adhanom Ghebreyesus said during a Friday briefing.

According to data from Johns Hopkins University:

Nationwide, more than 2.2 million people have been infected and at least 119,112 people have died of the virus, according to John Hopkins.

Uncertainty in the awaited treatments and vaccines

As the virus spreads, researchers are racing to get treatments and vaccines approved.

But one clinical trial has ended. Novartis, one of the makers of hydroxychloroquine, announced Friday it was stopping its clinical trial in the US of the drug in coronavirus patients.

The FDA revoked emergency authorization for the drug to be distributed to treat coronavirus patients on Monday, saying that there was “no reason to believe” it worked against the virus and that it also increased the risk of side effects that include heart problems.

Novartis said the trial did not stop over safety issues but had trouble recruiting patients.

Treating the virus, however, might not come down to one drug, Dr. Rick Stevens, associate laboratory director for Computing, Environment and Life Sciences at the Argonne National Laboratory, told the House Committee on Science, Space and Technology on Friday.

And it may take a while. It took over a decade to develop effective treatments for HIV, he said.

The WHO paused trials for hydroxychloroquine immediately when safety problems arose, and Tedros said it will do the same for highly anticipated vaccines.

The longer the pandemic continues, the more researchers are learning about its ripple effects.

Fatal cardiac arrests soared in the streets and homes of New York at the peak of the coronavirus epidemic there in March and April, researchers reported Friday.

People needing emergency resuscitation increased three-fold in 2020 and 90% of those people died, the team at Albert Einstein College of Medicine/Montefiore Health System found.

While coronavirus likely caused many of these deaths, others were probably a consequence of an overwhelmed medical system, the researchers reported in the journal JAMA Cardiology.

“The tragedy of the Covid-19 pandemic is not just the number of patients infected, but the large increase in out-of-hospital cardiac arrests and deaths,” said Dr. David Prezant, a professor of medicine at Einstein and the chief medical officer for the Fire Department of New York, and colleagues concluded.