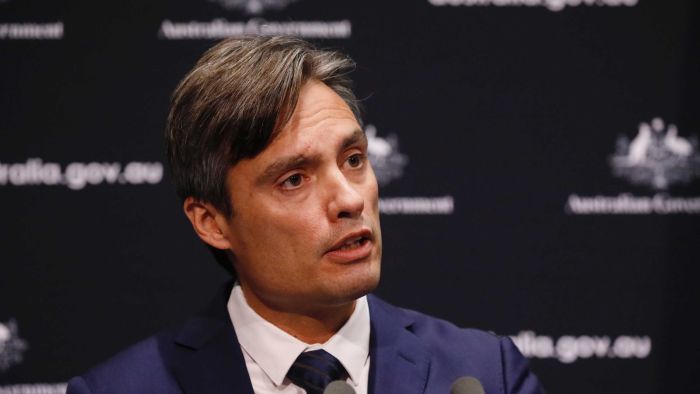 Despite a significant uptick in new COVID-19 cases in Victoria, federal health authorities expect most states and territories to stay the course in easing coronavirus restrictions.

Over the past week, Victoria has recorded 116 new cases of COVID-19, compared to 35 cases in the previous week.

On Sunday night, the Australian Health Protection Principal Committee (AHPPC) strongly discouraged travel to and from six local government areas in Victoria known to be hotspots for new cases.

The committee — which includes all the state chief health officers and is chaired by Australia’s chief medical officer, Brendan Murphy — discouraged travel to and from Hume, Casey, Brimbank, Moreland, Cardinia and Darebin until control of community transmission has been confirmed.

The surge has been linked in part to a number of families meeting in private homes, with transmissions occurring between households.

The growth in fresh cases yesterday prompted Victorian Premier Daniel Andrews to announce that some restrictions would be reimposed, while the easing of others would be deferred for several weeks.

But today, federal Deputy Chief Medical Officer Nick Coatsworth said that would not necessarily jeopardise easing restrictions in other states and territories.

“Each state will have their restrictions dictated by their local epidemiology,” he said.

“It would be unreasonable for WA or the Northern Territory or, indeed, Queensland at the moment to be making decisions on their restrictions … with a close eye on what’s going on in Victoria, because the epidemiology is different.”

Dr Coatsworth said the easing of restrictions had always been modelled on the presumption that there would be localised outbreaks to be managed.

“This is a good example of how things are going to work into the future, and it’s an important example because it will show how a state can get on top of outbreaks of this nature … and then move forward,” he said.

Authorities say 25 new cases have been recorded in Australia today, 19 of which were in Victoria.

Families the source of some spread

Mr Andrews yesterday said the jump of cases in his state left him with no option but to tighten restrictions, barring Victorians from hosting more than five visitors in their homes.

Space to play or pause, M to mute, left and right arrows to seek, up and down arrows for volume. Victorian Premier Daniel Andrews has announced that coronavirus restrictions are being tightened again due to an increase in cases.

“It is pretty clear that behind closed doors when one family comes together in large numbers … they are not practising social distancing,” he said.

Further relaxation of restrictions, which would have allowed people to gather in greater numbers in public settings including restaurants and pubs, was put off for four weeks.

Today Victoria announced a further 19 cases had been recorded, 10 of which had been acquired on Australian soil.

Dr Coatsworth said it was only natural that people, frustrated by distancing restrictions, would gather in ways that could spread the virus.

But he said that only reinforced the need to change people’s day-to-day behaviours.

“Whether it is getting out and going to a Black Lives Matter protest or going to visit your friends or relatives, these are things we want to do as human beings.

“The message has to be abundantly clear that we don’t want people stop living their lives, but we want them to do so in a way that is safe and stops the virus from spreading.”