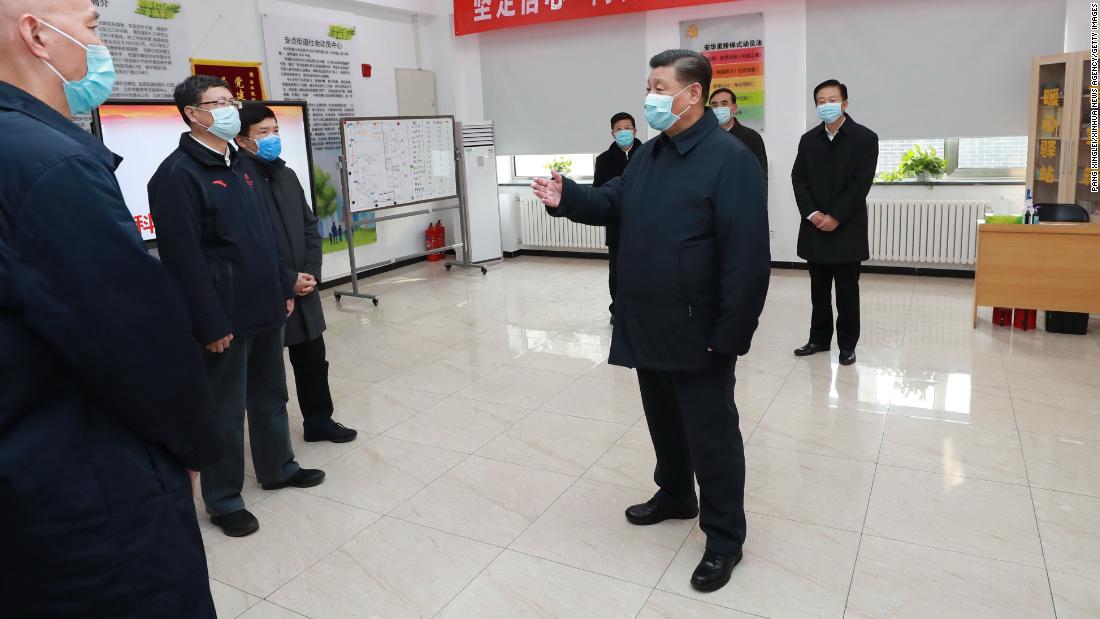 Had China been forthcoming and transparent about the scope and spread of Covid-19, tens of thousands of lives could have been saved, as the US and other countries would have been able to act on information about the virus sooner and may well have taken valuable precautionary steps or implemented policies to stop Covid-19 from spreading and causing so much death. This much seems clear, though we’re still trying to figure out what Chinese officials knew and when they knew it — and how much blame lies with officials in China’s central government or with local and provincial authorities.

The US has already spent trillions of dollars in an attempt to head off a total economic collapse, and it will take years before the final bill is totaled. If the global catastrophe of Covid-19 was abetted by intentional wrongdoing or reckless indifference on the part of the Chinese government and its senior officials, it should not be left to American corporations, business owners and taxpayers to bear the brunt of the resulting harm.

China must be held accountable. There are options that policymakers, the business community, and the American people should consider, and all reasonable measures should be on the table.

China has a long history of harmful actions toward the US, and it’s important to remember that China often does not act in America’s best interests.

For starters, cyber intrusions — including the theft of trade secrets from US corporations, in order to advantage Chinese commercial interests and benefit the Chinese military — have resulted in billions in losses. In 2017, the FBI arrested a Chinese national on suspicion of aiding the 2015 theft of personal information from millions of Americans both inside and outside of government, which were stolen in a hack of the Office of Personnel Management. In February, a US federal grand jury indicted four members of China’s military with hacking the credit-rating agency Equifax and stealing the personal information of millions of private US citizens in one of the largest hacks on record. In corporate hacks, too, American companies have been left shouldering huge losses.Separately, illegal shipments of the synthetic opioid fentanyl from China have fueled the opioid crisis in the US and contributed to thousands of deaths in recent years, according to the Justice and State departments. So far, the US has received nothing but empty reassurance from the Chinese government about the problem; China, meanwhile, has denied it is the primary source of fentanyl in America.”President Xi said that he would stop the fentanyl to the United States — this never happened, and many Americans continue to die!” President Trump tweeted last year.The list goes on. China has used Chinese students at US universities to collect information and recruit spies, prompting the FBI to warn universities about the activity. Chinese manufacturers have long sold dangerous products in the US but have not been held accountable in US courts.

All of this happened before “Covid-19” ever became part of our daily lexicon.

Several members of Congress have introduced or are working on legislation that would eliminate China’s sovereign immunity — the immunity afforded to nation-states from prosecution in other countries’ courts — for potential wrongdoing leading to the spread of Covid-19, and these proposals warrant serious bipartisan consideration. Congress should consider expanding these measures to deal not only with possible Chinese abetting of the coronavirus crisis, but to hold China accountable for its state-sponsored cybercrimes as well.

Members of both the Senate and House have introduced legislation to strip China and other foreign governments of immunity if they intentionally misled other countries about Covid-19.

Several of these bills are modeled after the Justice Against Sponsors of Terrorism Act. We advocated for JASTA on behalf of the 9/11 community to ensure that families and victims would have full access to US courts to pursue claims against the Kingdom of Saudi Arabia. JASTA has allowed the lawsuits against Saudi Arabia to proceed to discovery, and the 9/11 families, along with the American public, are now much closer to learning the facts about the Saudi government’s alleged involvement in the attacks. Meanwhile, alarmist warnings that JASTA would expose the US to “reciprocal” claims abroad, which ignored JASTA’s narrow framing and dishonestly analogized our legitimate activities with intentional and illegal wrongdoing, have proven totally unfounded. No such risk has materialized.

The creation of a similar exception to sovereign immunity for China, based on its role in the coronavirus crisis, warrants serious and careful consideration. This should be a bipartisan pursuit.

The Attorney General of Missouri has filed a claim against China already, and other states should consider doing the same, both to preserve available legal remedies and to ensure the issue receives the attention from legislators it deserves.

Compensation for harm to US interests for any Chinese wrongdoing surrounding Covid-19 must be included in the portfolio of issues being discussed as part of diplomatic engagements between the US and China moving forward. And there’s another option: The president, under the doctrine of espousal, has the authority to formally present a claim on behalf of injured US citizens to a foreign government for reparations. Throughout its history, the US used this power to secure compensation on behalf of Americans for a wide range of foreign government wrongdoing — piracy of US ships, world wars, terrorism. But unfortunately, today, foreign governments have learned that they are unlikely to be held accountable by the US.

Hopefully, as we assess how to investigate what China did and didn’t do as Covid-19 began to spread, and hold its government accountable for any willful decisions or gross negligence that caused harm to the rest of the world, we will keep in mind that if China took shortcuts at home, those decisions had consequences for the rest of the world.

Don't Miss it AFL rocked by Essendon’s Conor McKenna’s positive test for COVID-19, says he contracted coronavirus in Australia
Up Next From the Wuhan outbreak to now: How the coronavirus pandemic unfolded in China | DW News