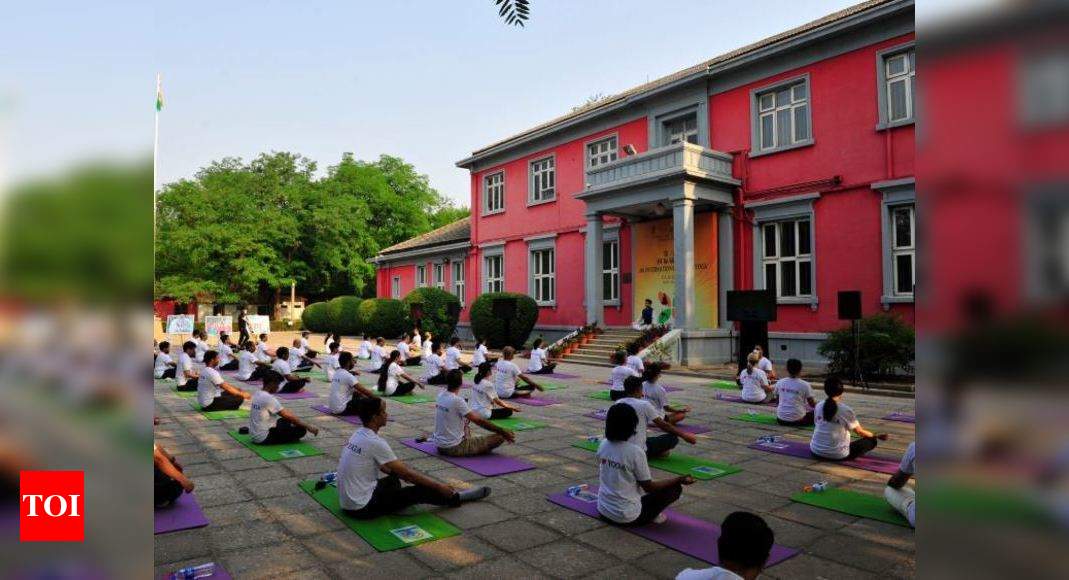 BEIJING: The International Yoga Day was celebrated in China on Sunday with low-key events owing to the coronavirus pandemic and the military standoff at the Line of Actual Control.
China, where Yoga has been very popular, usually celebrates the occasion with numerous events ever since its inception by the United Nations in 2014.
This year, the main event was held at the India House where Indian Ambassador Vikram Misri led International Yoga Day (IYD) celebration, with the participation of Indian, foreign diplomats and their families.
Misri said this year’s International Yoga Day was “full of challenges”.

— Vikram Misri (@VikramMisri) 1592704964000
“Even with the challenges we faced, we had thought of an event slightly at a larger scale but with the recent outbreak of coronavirus once again in Beijing, we have to scale down our plans to make it a small event,” he said.
“Nevertheless, when the pictures of this goes home there will be a small surprise for many of our friends in India who see that we actually managed to come out and hold the IYD outdoors not simply with our families but also friends who are also our extended family,” Misri added.
China has seen fresh cases of coronavirus in the recent weeks after being able to control the contagious viral disease after it broke out for the first time last year in Wuhan.
The NHC said on Saturday that mainland China till now has reported 83,352 confirmed cases of coronavirus and 4,634 deaths.
The officials alleged the new strain of the virus in Beijing came from Europe.
Misri said the value of yoga is much more than ever.
“In these times the value of yoga is much more than ever. The stresses and strains that are upon us in the era of COVID-19 can perhaps be addressed very well by yogic technique,” he said.
Few yoga associations in China have held yoga day events to mark the occasion, according to media reports.
In Beijing, Yogi Yoga, a popular Yoga institution with branches all over China has held an online yoga conference, according to its founder Mohan Singh Bhandari
Considering the popularity of yoga, China has established a Yoga college in Yunnan Minzu University in Kunming, capital of southwest China’s Yunnan province in joint collaboration with India.
The low key yoga events also comes in the backdrop of the violent face-off between the Indian and Chinese armies in the Galwan Valley in eastern Ladakh on Monday in which 20 Indian military personnel were killed, significantly escalating the already volatile situation in the region.
India has already dismissed China’s claim of sovereignty over the Galwan Valley, saying such “exaggerated” and “untenable” claims are contrary to the understanding reached during a high-level military dialogue on June 6.

Don't Miss it Brazil coronavirus death toll nears 50,000: Live updates | News
Up Next Where are Victoria’s coronavirus hotspots and how are authorities dealing with them?