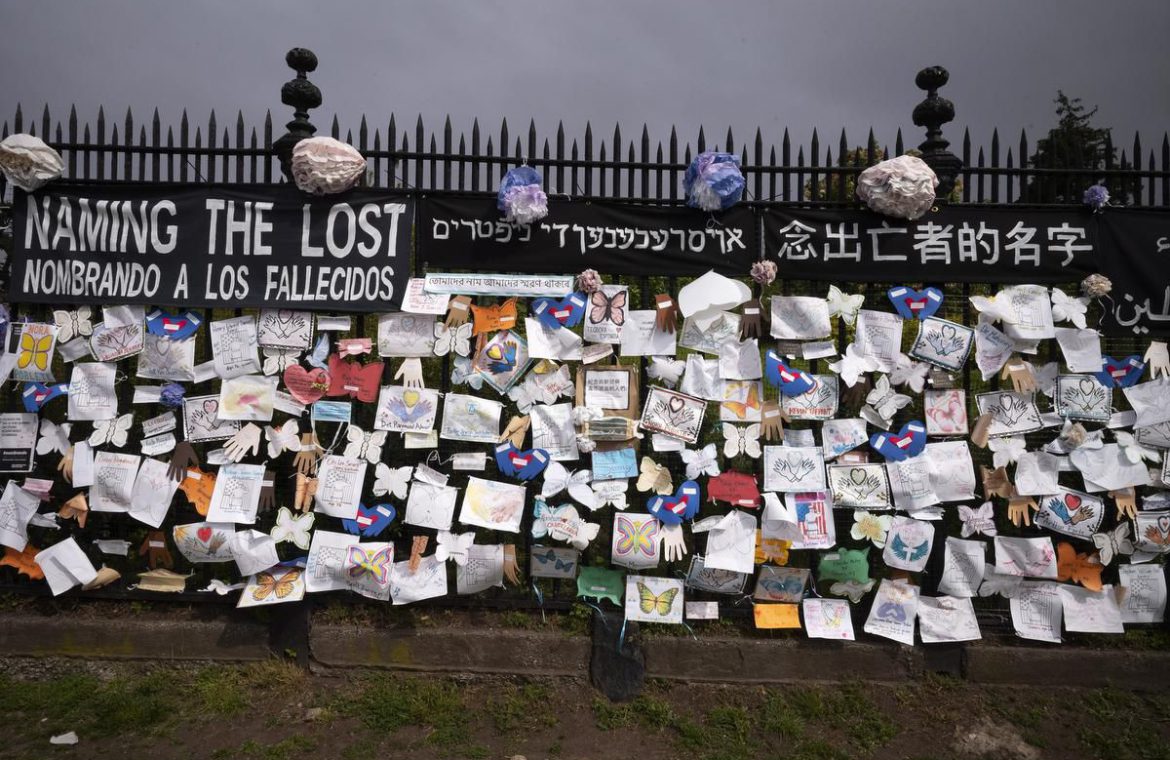 7:36 a.m. Israeli Prime Minister Benjamin Netanyahu warned that Israel may have to renew its lockdown following a surge in coronavirus cases.

“‘We must flatten the curve now,” Netanyahu said at the beginning of Sunday’s weekly cabinet session. “If we don’t change our behavior immediately, and begin to wear masks and keep a distance from each other, the lockdowns will return. None of us want that.”

Netanyahu said he will hold a meeting of ministers on Monday to decide what steps should be taken. Over 20,000 cases of coronavirus have been confirmed in Israel, including more than 300 fatalities. The number of cases has steadily risen, from less than 17,000 a month ago, after restrictions were significantly eased and many people ignored instructions to wear masks and maintain social distancing.

While the number of deaths has not spiraled, Netanyahu said the forecasts he was given over the weekend were all “harsh,” without giving further details.

The Health Ministry instructed hospital directors in a letter sent to them on Sunday to be prepared to reopen coronavirus wards immediately, if necessary. The ministry also asked hospitals to refresh personal protection instructions to medical staff, noting that in addition to the increase in the number of coronavirus cases, there has been a rise in the number of personnel who are in quarantine due to exposure to infected patients.

6:12 a.m.: Ottawa should earmark at least $2.5 billion for child care out of $14 billion in federal funds announced this month to help provinces reopen safely in the wake of COVID-19, says a new report by a national advocacy organization.

The money, on top of about $550 million already allocated to the provinces for child care this year, would begin to set the stage for Canada to build a long-awaited national system of high quality, affordable child care for all parents who need it, says the report by Child Care Now, being released Monday.

“It has taken a public health crisis for the essential role of child care to be widely recognized, and for the fragility of child care services in Canada to be laid bare,” said the group’s executive director Morna Ballantyne.

5:15 a.m.: Quebec, Saskatchewan and Manitoba are all easing more of the restrictions they implemented to slow the spread of the COVID-19 pandemic.

Quebec, which accounts for just over half of Canada’s COVID-19 cases, is reopening several sectors today, impacting the Montreal area in particular.

Restaurants can open again in the greater Montreal and Joliette areas while indoor gatherings of up to 10 people from three households are now permitted in these regions, as they have been elsewhere in Quebec since last week.

Day camps, along with gyms, arenas, cinemas, concert venues and places of worship can reopen across the province with a maximum capacity of 50 people for indoor gatherings.

Meanwhile, Saskatchewan moves to Phase 4.1 of its reopening strategy today, which allows camping in national parks to resume, but by reservation only.

Youth camps can reopen, but for day use only, and with guidelines for preventing the spread of COVID-19, including the constant disinfection of play structures and monitoring of children for coronavirus symptoms.

5:08 a.m.: China reported 18 new cases of the coronavirus, including nine in Beijing and two in neighbouring Hebei province. It was the first time in more than a week that the number fell to single digits in an outbreak in the Chinese capital.

Previously, the city had reported more than 20 cases every day for eight straight days. The total number of cases since the first one was confirmed on June 11 rose to 236.

3 a.m.: South Korea has reported 17 new cases of COVID-19, the first time its daily jump came down to the teens in nearly a month. Its 40 to 50 cases per day increases over the past two weeks have occurred as people increased their public activities amid eased attitudes on social distancing.

2:10 a.m.: The coronavirus is spreading in Pakistan at one of the fastest rates in the world, and overwhelmed hospitals are turning away patients. But the government is pushing ahead with opening up the country, trying to salvage a near-collapsed economy where millions have already slid into poverty from pandemic restrictions.

Further complicating the dilemma, as the government pins its main hope for stemming the virus’ rampage on social distancing and masks, many in the public ignore calls to use them.

Pakistan is a prime example of fragile developing countries that say they’ll just have to live with rising infections and deaths because their economies cannot withstand an open-ended strict lockdown.

But the rapid acceleration in infections in Pakistan this month could be an indicator of what faces other countries in Asia, Africa and Latin America.

The rate of new cases in Pakistan leaped from around 2,000-3,000 a day in late May to as high as 6,800 a day in mid-June. Deaths are nearing 150 a day. So far, more than 180,000 people have been infected in this country of 220 million, and the government on Sunday said that the number could total 1.2 million people in August. Authorities have reported 3,590 deaths.

9:12 p.m.: An email from baseball Commissioner Rob Manfred to union head Tony Clark led to a balk in the drawn-out talks to start the pandemic-delayed season.

The executive committee of the players’ association was set to vote and reject Major League Baseball’s latest offer for a 60-game season on Sunday.

Players want 70 games and $275 million (U.S.) more than teams are offering. They are worried that if a resurgence of COVID-19 causes the 2020 season to be cut short, the deal being negotiated would lock in innovations for 2021 and lessen the union’s bargaining power.

Among the items in the proposed deal for 2020 and 2021 are expanded playoffs, use of the designated hitter in games involving National League teams and allowing advertisements on uniforms. The 2020 only items include starting extra innings with runner on second and a discussion of whether to allow tie games after a specified total of innings plus player re-entry in extra innings.

8:01 p.m.: Iran’s health minister said on Sunday that the coronavirus outbreak in the country would last until 2022, the Isna news agency reported.

Health Minister Saeed Namaki said that according to official estimates, Iranians would “have to live with the coronavirus for another two years,” the report said.

After the number of new infections eased in May, Iranian authorities started to lift coronavirus-related restrictions. However, the fact that people have been taking hygiene and social distancing measures less seriously has led to a new rise in infections, authorities say.