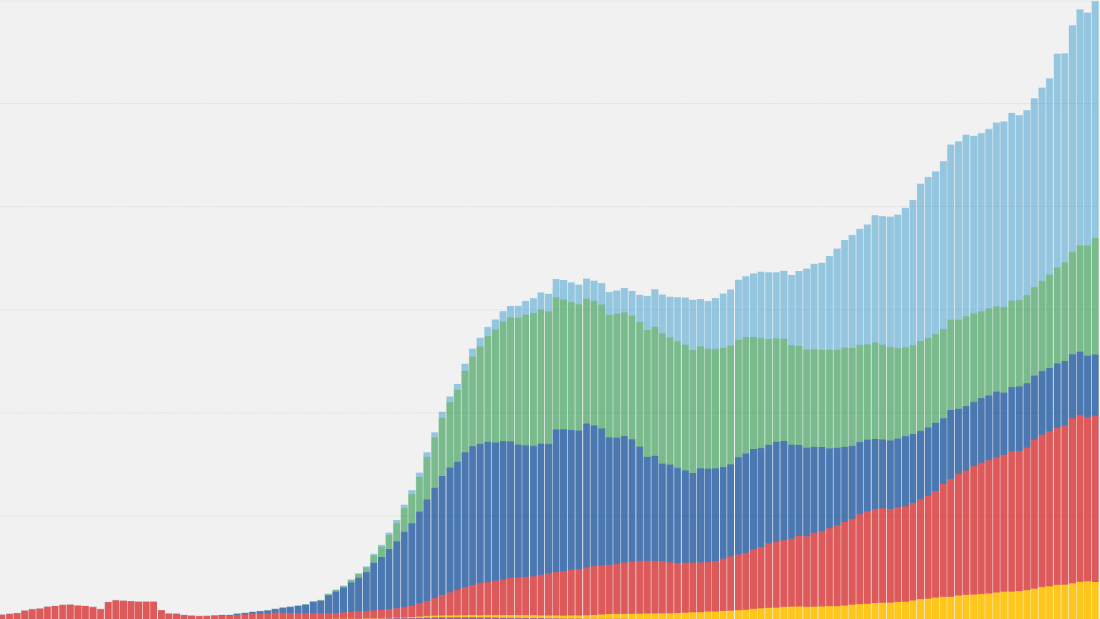 Data shows global cases are rising at record levels, many of them in Latin America and Asia, in countries that never really got a grip on the virus, such as Brazil, Mexico and India.

In other countries that have made good progress in slowing or containing the virus — including Germany, South Korea and Australia — new spikes in case numbers highlight just how fragile the post-lockdown environment can be.

In Germany, the state of North Rhine-Westphalia has imposed a new lockdown in an area around a meat processing factory hit by a coronavirus outbreak. Some 1,553 workers at the Toennies plant have tested positive for Covid-19.

The state’s Prime Minister, Armin Laschet, announced on Tuesday that the entire district of Guetersloh — which is home to more than 360,000 people — would be locked down for the next week.

Daycare centers and schools in the district had already shut because of the outbreak, and restaurants, bars and gyms will now also close for a week. Outdoor gatherings of more than two people have once again been banned.

The outbreak has sent the country’s Covid-19 reproduction rate (R) soaring to 2.88, meaning each person with the virus is infecting an average of 2.88 other people. Germany has tried to keep the R below 1.

Health officials in South Korea, which in many ways gave the world a textbook model of how to respond to the virus, said on Monday that a second wave of infections was already underway there, having begun during a holiday period in May.

Jung Eun-kyeong, director of the Korea Centers for Disease Control and Prevention, said the country’s first wave had ended in April, when new cases decreased to around 10 a day. Since a spike at the end of May, daily confirmed cases have been typically between 30 and 60. A total of 281 people have died of Covid-19 in South Korea.

In Australia, which has reported 102 deaths and just over 7,400 cases of coronavirus, a new outbreak in the state of Victoria has forced authorities to tighten or reimpose many restrictions.

“We’ve had more than 120 new cases in the past seven days and the main cause for this increase has been through cases in families,” said Victoria Chief Health Officer Professor Brett Sutton.

“People have not followed our advice around physical distancing, hygiene, and limiting the number of people you invite in your home,” he added.

In Brazil, Mexico and India, the story is different: These countries have struggled to get a grip on the virus, and their case numbers are still rising rapidly.

In Brazil, where President Jair Bolsonaro has repeatedly downplayed the risk of the virus, cases are increasing by about 20,000 a day and deaths by around 1,000 daily. The country has the second-highest infection numbers in the world, with more than 1.1 million cases, while more than 50,000 people have died of the virus.

On Monday, Mexico recorded a higher daily death count than Brazil for the second consecutive day, with 759 newly recorded deaths and almost 5,000 new coronavirus cases, bringing the total number of confirmed cases in the country to over 185,000 and the death toll to more than 22,500.

It’s the same trend in India, which has reported more than 100,000 new cases in the past eight days. It now has more than 440,000 cases and 14,000 confirmed deaths. The country imposed a lockdown in late March but was quick to begin easing restrictions. Indians are reporting that hospitals are overwhelmed, and people seeking tests and treatment are being turned away.

All case and death totals are from Johns Hopkins University.

Don't Miss it Coronavirus: What’s happening around the world on Tuesday
Up Next Is Orban using COVID-19 to dismantle democracy in Hungary? | Conflict Zone