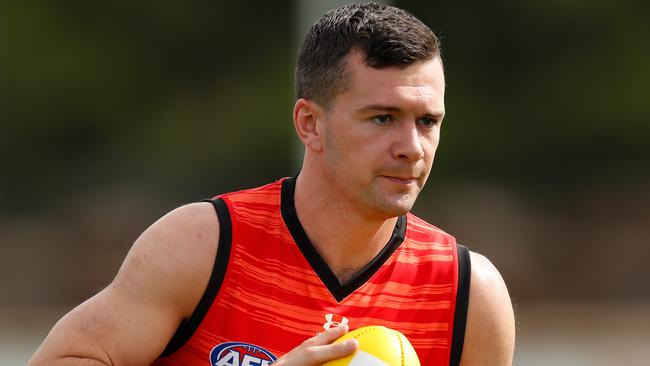 In another major twist to the Essendon Bombers COVID-19 saga, Conor McKenna has returned a negative result in his most recent coronavirus test.

“Essendon Football Club can confirm Conor McKenna has returned a negative result to his COVID-19 swab test on Tuesday, June 23,” the statement read.

“It has also been reconfirmed that the two swab tests taken on Friday, June 19 and Saturday, June 20 were both positive results.

“The club will work with relevant medical experts over the coming days to further understand these results.”

Kayo is your ticket to the 2020 Toyota AFL Premiership Season. Watch every match of every round Live & On-Demand. New to Kayo? Get your 14-day free trial & start streaming instantly >

The revelation leaves plenty of confusion about what the next steps are for Essendon and the AFL, but manager Peter Jess confirmed McKenna would undergo further testing on Wednesday.

“The club has said that James still has to be subjected to two more tests,” Jess said.

“But what I’m struggling with is if the science tells us that the guy is a negative and that somehow he’s recovered in 48 hours of being positive of the virus that this is some feat.

“This is something that has not been documented anywhere throughout the world.

“It must be a medical miracle.”

McKenna tested positive to the virus on Saturday, the day before Essendon were set to take on the Melbourne Demons at the MCG. The Bombers’ round three game was officially delayed following the news.

The 24-year-old Irishman — who is asymptomatic to the virus — initially returned a negative result on Wednesday, before an irregular test result on Friday saw one more test taken which returned the fatal positive reading.

The fallout saw the entire Bombers playing squad, along with coaching staff and personnel, put into quarantine after coming into close contact with McKenna.

“We’ve got to wait for the Department of Health to try explain that, because I think the people need and want to know,” Robinson said on AFL 360.

“What if the next test comes back positive? That’s bigger than football.”

On Monday, 7News reported Victorian health authorities were “undertaking additional tests on Conor McKenna’s COVID samples” with a false positive inquiry being discussed by the Bombers and the health department.

“We have seen examples of false positives, and we have seen other examples of further testing has garnered greater information and insight or not a virus may be,” Bombers CEO Xavier Campbell told Triple M’s Hot Breakfast.

“Yes he’s been to Ireland but he did come back through quarantine, he was tested twice as per protocol, he’s been tested five times since then so there’s an enormous amount of data.”

Essendon breathed a giant sigh of relief after it was revealed on Tuesday morning only teammate Stewart would be forced to quarantine for 14 days along with McKenna. Stewart was his wrestling partner during a training drill where they came in close contact with one another.

Herald Sun journalist Jon Ralph believed Stewart was “extremely unlucky”, having only been in close contact with McKenna for “10 or 20 seconds”.

“Because (Stewart) was identified in the video, and I think Conor himself might have said, ‘Look, I did tackle him in that wrestling drill’, he has to step out of football,” Ralph told AFL Tonight.

“He’ll be tested again on Wednesday and Saturday, and having already come back negative today, Peter Jess … is absolutely insistent that if both of those tests are clear then he will try and get back to training by Thursday, he’ll petition the AFL.

“He’s not in the side, he’s certainly trying to make every post a winner given his injury issues and so I think that will potentially be something that would be fair.

“Whether Victorian health authorities accept that or not, I’m not sure.”

The Bombers are scheduled to take on Carlton at the MCG on Saturday evening.