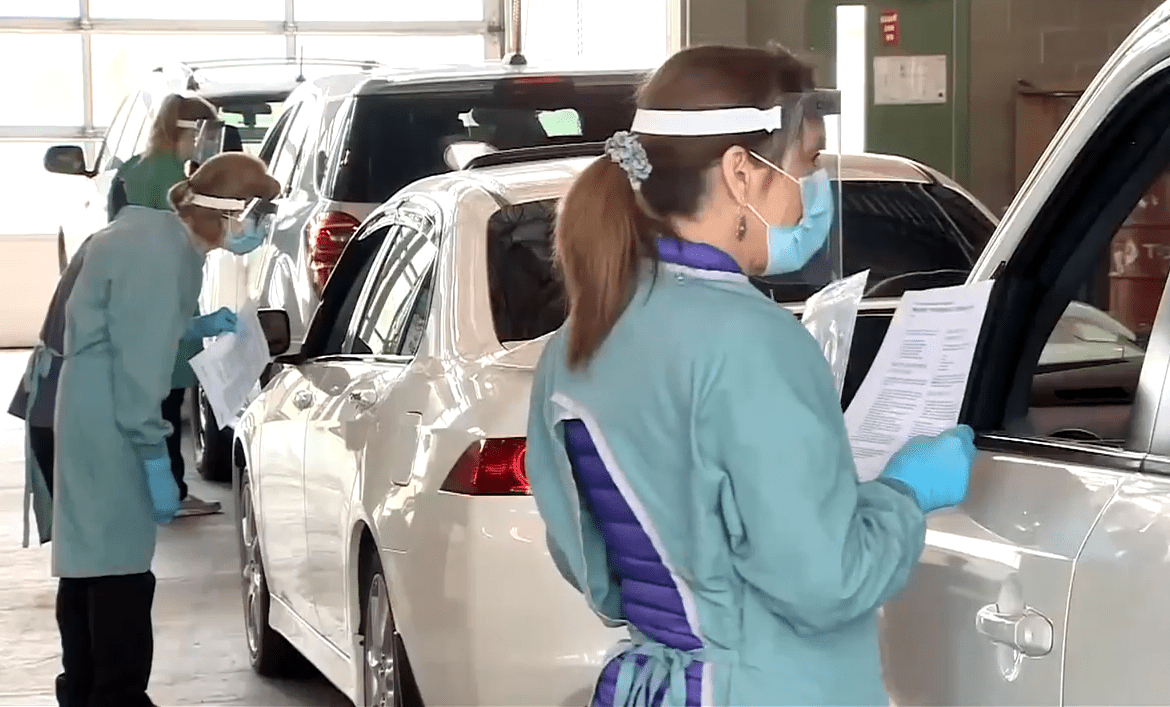 The exact source of Vancouver Island’s newest COVID-19 case remains a mystery, according to Island Health’s top doctor.
Yesterday, B.C. health officials announced that for the first time in weeks there was a new case of COVID-19 within the Island Health region, which covers all of Vancouver Island.
The last time there was a new confirmed case in Island Health was on May 22, however, three new epidemiologically linked cases were added to Island Health’s numbers on June 4.
Dr. Richard Stanwick, the chief medical officer Island Health, told CHEK on Tuesday that Vancouver Island’s newest case of COVID-19 is in the Nanaimo south area. He said it is a “community-acquired” case, meaning that the infected individual caught the virus from someone else within the community.
“Somebody somewhere in the community passed the virus on to this individual,” Stanwick said.
Island Health has already completed contact tracing, but Stanwick said health officials are really concerned because they do not know the source of the newest COVID-19 case.
“That is what is giving us pause,” he said.
RELATED: 1 new case of COVID-19 in Island Health, first new case in weeks
Prior to the new case the southern Vancouver Island region had gone four incubation periods without a case according to Stanwick, who said the new case is a reminder that the virus is still very much around.
“We’re talking literally months since we’ve seen anything on south Island,” Stanwick said. “The fact that we have a case just is a reminder of the fact that the virus is still circulating.”
Stanwick said the infected individual is currently at home recovering. He also said the individual works in a healthcare setting and wore full personal protective equipment while on the job.
“We know this person worked in a health care setting,” said Stanwick, later adding. “This person practiced the full PPE … so this person would have been geared up [at work].”
Prior to becoming sick, Stanwick said the individual visited a mall, worked at their job in healthcare, and went to the grocery store. He said officials believe that at some point, the individual became infected from someone else who had a mild case of COVID-19.
“We believe somewhere along there this person came in contact with somebody who had probably with a very mild illness and passed it on,” he said.
MORE: Latest BC COVID-19 models shows province close to rebound threshold, contact tracing needs to continue
Stanwick also suggested that the individual could have become infected from another coworker.
“Believe it or not, us healthcare workers are a little more causal around our colleagues. Maybe this is a good reminder that we need to practice the very very same measures in terms of physical distancing and perhaps even [use] barriers that we do with our patients and do the same thing with the individuals we work with,” Stanwick said.
Officials are hoping the newest case on Vancouver Island is merely an “anomaly” but understand that there could be other cases out there.
Stanwick said Island Health believes the situation is under control, as contract tracing has already been completed.
“We do believe the situation is well in hand,” he said, adding that if there is a need to inform individuals about potential exposures, Island Health will notify the public.
People should continue to maintain a safe physical distance of about six feet from others, said Stanwick who stressed that people can have it and not even know it.
“You just don’t know who has the virus given that some people have such mild cases,” he said.
ALSO READ: B.C. modelling shows majority of Island Health COVID-19 cases in northern Vancouver Island

Don't Miss it Coronavirus latest: US has biggest daily rise in cases since May
Up Next EU May Ban Travel from US as it Reopens Borders, Citing Coronavirus Failures