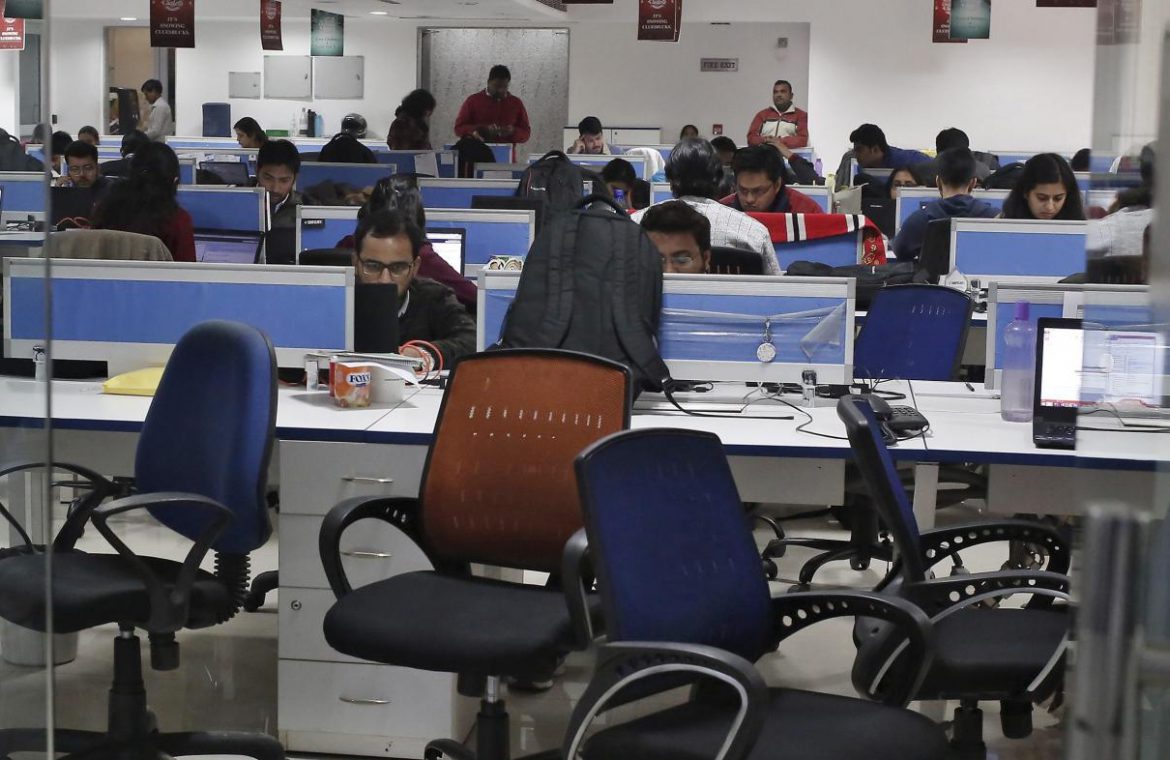 If coping with new technologies was not enough, the pandemic has thrown additional challenges for computer engineers in India.

With Covid-19 changing the nature of workplaces, experts believe there are some IT jobs that won’t survive the pandemic.

Already, hundreds of IT workers in India are being placed on furlough or getting fired.

“They gave me two options—either take a severance pay equal to my three-month salary and leave, or wait for one month on the bench for new projects,” an unnamed Cognizant Technology employee who was asked to leave on May 22 told daily newspaper New Indian Express. “The catch is that if we do not get any new projects in that one month, I will have to leave without compensation.”

With tensions mounting and cases of Covid-19 continually rising in India even as the economy starts opening up, there are two pressing questions for the nearly $200 billion industry: Which IT jobs are vulnerable in these trying times and what can IT employees do to escape such layoffs?

Cuts across the board

An outsize impact of the Covid-19-triggered economic slump will be on entry-level employees because their jobs are the easiest to automate, experts said.

“Even pre-Covid, jobs in IT were getting revamped in a very big way with automation and bots coming into (the) picture,” Benoy CS, vice-president of the digital transformation practice at research and consulting firm Frost & Sullivan, said. There is no “coming back to normal” after companies become accustomed to bringing down human dependences.

Some majors like Tata Consultancy Services have made peace with the new normal and even said three-quarters of its 450,000-strong workforce will be working from home by 2025.

As work from home picks up, several companies aren’t sure what to do with the employees involved in back-end work to keep systems up and running in offices. “It looks as though the need for IT support staff is diminishing,” Vidhya Shankar, head of corporate development at the IT services company Ninestars Technologies, told Quartz. With fewer people coming into office and clients allowing for some leniency with regards to flexible working, office-related issues have been cut down drastically.

Evidence supports his hunch. The hiring sentiment for software positions has slumped in the last three months but hardware, telecom, technical, and IT support staff have taken the bigger hit, data from jobs portal Naukri.com show.

It’s not just entry-level employees whose careers are in jeopardy. For instance, IBM has laid off mid-level executives such as project managers in India.

“In IT, middle managers who were only using excel or powerpoint have seen the impact happening before Covid-19 also,” Harshvendra Soin, chief people officer at Tech Mahindra told Quartz. What the pandemic has done is simply catalyse the digitisation of workplaces that had already started.

Also, sending managerial staff across the globe has become near impossible. With restrictions and apprehension around travel, new onsite projects likely won’t come up for Indians previously deployed to foreign offices. Take for instance skilled managers working in North America and Europe on L-1 visas. The demand for these roles has shrunk as clients grapple with economic hardships. Donald Trump’s new visa suspensions have made the looming uncertainty worse

Unfortunately, the path ahead is still blurry.

Laid-off employees have nowhere to go. The overall hiring sentiment in the IT sector is sinking, Naukri.com data show.

The majority of recruiters in India felt that it’ll take between three and six months for hiring to return to pre-Covid-19 levels while 15% still feel that it could take more than a year for the same to happen.

No city is escaping unscathed but Kolkata and Mumbai have it worst.

One hope, though, is to reskill.

While some mechanical tasks may be automated, many new jobs will also be created, Tech Mahindra’s Soin said, citing examples such as cybersecurity experts and quantum machine learning analyst, among others.

The lockdown is an opportune time to get a leg up on the competition.

“Accessing online classes has never been easier, thanks to the advent of technology. You simply need to register and dedicate a particular amount of time towards the course and you will be able to hone your existing skills or learn new ones,” said Nikhil Barshikar, founder and managing director of professional education platform Imarticus.

Some e-learning platforms, such as Scaler Academy, have dedicated courses for IT employees heading towards redundancy. For example, there’s “How to scale up from backend roles to tech leadership,” wherein chief technology officers from the industry teach classes.

In the interim, it’s important to remember that salaried employment isn’t the only way to go. Freelancing is increasingly becoming a viable option in India. Eventually, the share of payroll employees and gig workers will likely tilt towards the latter. “In the long term, we expect companies to move towards flexible staffing, or gig working, with roles requiring niche skills and in demand for a short duration,” said Soin.