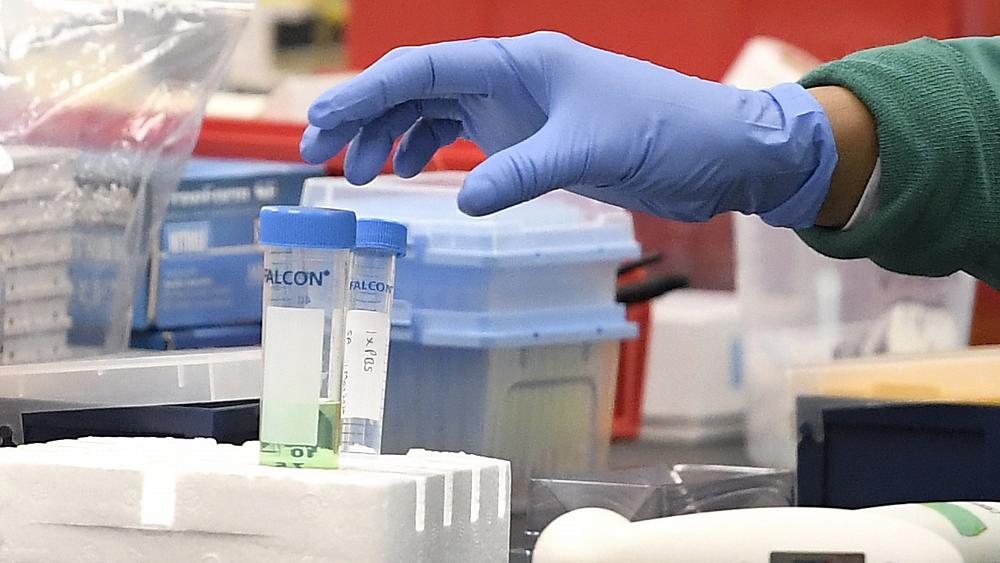 Here is our updated timeline on the global hunt for coronavirus vaccine:

China reports a cluster of cases of pneumonia in the city of Wuhan, leading to the identification of a new coronavirus.

A week and a half after China reports a new form of pneumonia, scientists map the genome sequence of what is later identified as COVID-19, a key first step on the road to finding a vaccine.

The coronavirus sequenced genome is published, which marks the start of international efforts to study a vaccine.

March 16: Vaccine trial begins in the US

The US National Institutes of Health begins trial of an “investigational” vaccine on 45 healthy adults, aged 18 to 55, after promising results in animal models.

The trial is funded by the US National Institutes of Health and Massachusetts-based biotechnology company, Moderna Inc, and it is set to last six weeks.

The vaccine is officially named mRNA-1273.

France’s National Institute of Health and Medical Research says “clinical trials to test the BCG vaccine’s efficacy against COVID-19 are underway or about to start in the Netherlands, Germany, France, Spain and Australia.”

April 8: At least 115 vaccines being studied in the world

Nature.com says that “the global COVID-19 vaccine R&D landscape includes 115 vaccine candidates, 73 of which currently at exploratory or preclinical stages”.

Among the most advanced candidates to have moved into clinical development are vaccines tested by Inovio, Moderna, CanSino Biologicals and the Shenzhen Geno-Immune Medical Institute.

The EU funding is earmarked to support German biopharmaceutical company CureVac in developing a vaccine.

April 14: GSK and Sanofi team up to find COVID-19 vaccine

Germany’s BioNTech and American partner Pfizer are given the green light from the Paul-Ehrlich Institute, the German authority for the certification of vaccines, to begin testing a variety of experimental vaccines on 200 healthy volunteers, aged between 18 and 55.

Tests of the ChAdOx1 nCoV-19 drug begin on 1,112 people divided into two groups (half of them receiving a vaccine and the other half a placebo), with the aim to stimulate their immune system to attack the virus.

The drug was created by using a chimpanzee virus which was genetically engineered to carry coronavirus.

The UK government is funding the trial with a €51 million contribution.

Health Secretary Matt Hancock says the drug is reported to have an 80 per cent success rate.

The French pharma giant, Sanofi causes a political firestorm by saying it would give the United States priority access to a vaccine as it was the first country to fund the research.

May 22: University of Oxford/AstraZeneca vaccine enters phase two of its trial

Over 10,000 adults and children are taking part in phase two of their clinical trial, ten times more than the first phase which began in April.

This phase will study whether different age groups react differently to the vaccine.

A third phase is set to check whether the vaccine protects people from catching coronavirus by studying a large group of over-18s.

Pharma giant AstraZeneca says it has struck a deal with Germany, Italy, the Netherlands and France for the supply of up to 400 million doses of the vaccine the University of Oxford is trialling.

If it proves successful, delivery will begin by the end of 2020.

The British-Swedish company had already signed similar agreements with Britain, the US, the Norway-headquartered Coalition for Epidemic Preparedness Innovations (CEPI) and the international vaccine alliance Gavi.

An agreement had also been reached with the Serum Institute of India for 1 billion doses.

Droplets of liquid carry genetic material into the patient’s bloodstream replicating part of the virus inside the body and forcing the immune system to learn how to fight it.

If the test shows a promising response, larger trials will take place later in the year with around 6,000 healthy volunteers.

The study is being financed with around €46 million from the UK government plus another €5.5 million coming from philanthropic donations.

A successful treatment is discovered. It’s not a vaccine, but it works.

The University of Oxford finds that low-cost synthetic steroid dexamethasone reduces COVID-19 deaths by up to a third after it tested it on 2,100 people with severe respiratory complications caused by coronavirus.

The UK government says it will start using it on patients immediately and that it has already stockpiled 200,000 courses of the drug.

June 16: Which potential vaccine is leading the race?

By June 16, out of 13 candidates, the vaccine at the most advanced phase of trialling is the University of Oxford and AstraZeneca’s ChAdOx1 nCoV-19 drug, with studies underway to determine “its efficacy, safety and immunogenicity.”

The country working on the highest number of vaccines in a clinical phase by this point is China, followed by US, UK and Germany.

June 25: EU authorises use of anti-viral drug to treat COVID-19

More treatments are being identified. The European Medicines Agency (EMA) recommends the anti-viral drug remdesivir be authorised to treat patients with COVID-19 in the European Union.

Touted by Donald Trump and other health officials as a promising treatment, the drug will be tested on adults and adolescents from 12 years of age with pneumonia who require oxygen.