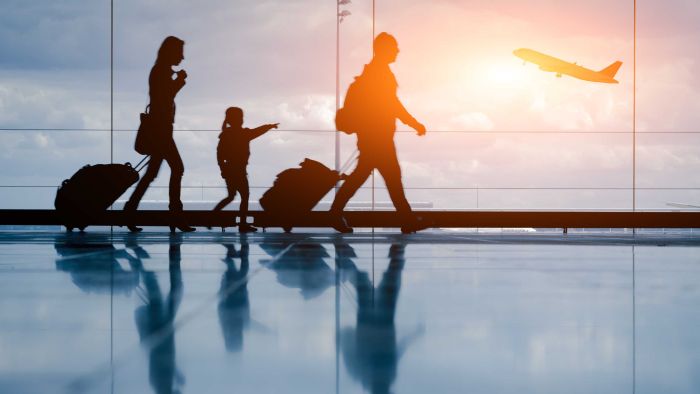 Australia’s Chief Medical Officer Brendan Murphy said states have the power to keep people quarantined until they get tested.

On Saturday, New South Wales took advantage of this, making it compulsory for returned international travellers to undergo a coronavirus test on their 10th day of hotel quarantine.

But how are the rest of the states and territories approaching mandatory testing for returned travellers?

Jump to your region to find out: Testing will now be compulsory for people in hotel quarantine in New South Wales.(ABC News)New South Wales

NSW Health Minister Brad Hazzard said “a number” of the more than 11,000 travellers who had entered mandatory quarantine since March 29 had refused a coronavirus test.

But he said it did not appear anyone leaving hotel quarantine had been “problematic” when it came to infections so far.

Since the 10-day test was introduced on May 15, he said about 150 people in NSW had refused the test.

“That obviously presented some issues but as it turns out at the moment, we don’t believe any of those have been problematic,” he said.

The Victorian Deputy Chief Health Officer’s comments on Friday raised the issue of testing in hotel quarantine nationally, when she revealed 30 per cent of returning Victorians in quarantine had refused testing.

But on Saturday, Annaliese van Diemen said compulsory testing of people in hotel quarantine was not necessary in the state.

Dr van Diemen said a lack of testing was not the reason “cases and outbreaks” of the virus had stemmed from “some breaches in security” at quarantine hotels.

“Those are infection control issues that are being addressed and have been addressed,” Dr van Dieman said.

“The evidence remains that we’re not seeing cases in our community that — for want of a better word — have leaked out of hotel quarantine.

“We’re just not seeing them.”

“The [Australian Health Protection Principal Committee] review of the evidence showed the vast, vast majority of the people … will come up positive by day 10. The 14 days is already a conservative day to make sure everybody is captured in those days,” she said.

Queensland has joined New South Wales in moving to implement mandatory testing of people in quarantine for COVID-19.

Queensland Health said people would be tested when they go into quarantine and again on day 11.

The move follows a crackdown in the state on people who are breaching quarantine while being isolated inside their homes.

Returning travellers are not allowed to enter Western Australia at all unless they agree to testing.

WA Health Minister Roger Cook has confirmed that it is a condition of entry that a 14-day hotel quarantine period be undertaken, which includes COVID-19 testing on day 12.

Mr Cook said people were informed of the testing regime at the airport and the arrangements were “working well” to date.

Testing may become mandatory in the Australian Capital Territory for those in hotel quarantine.(ABC News: Stefan Lowe)South Australia

It is a requirement of entry into South Australia that international travellers are tested as they enter quarantine and again as they leave.

State authorities said travellers haven’t pushed back against these conditions.

According to SA Health, everyone who has entered quarantine in the state has been cooperative with these testing requirements so far.

In Tasmania, returning travellers are not forced to take a coronavirus test, and there seems to be no repercussions for those who refuse testing.

People quarantine in Tasmania are offered a test at about day 10 to 12 of their time in hotel quarantine, if they haven’t already been tested.

If people in quarantine do not develop any signs or symptoms of COVID-19 after their 14-day quarantine, they can check out their accommodation on their 15th day of quarantine.

In the Northern Territory, travellers are tested on a case-by-case basis. But if they refuse testing they face an extra fortnight of quarantine.

Dr Hugh Heggie, the NT’s Chief Health Officer, has said while it is not compulsory for international arrivals to be tested, if he deemed travellers to be high risk then they would have to be tested.

He said if someone deemed high risk by authorities refused to get tested they would be quarantined for an extra 14 days.

Testing is not mandatory for returning travellers in hotel quarantine in the Australian Capital Territory.

But the ACT Government has said testing is offered.

It said non-mandatory testing is conducted at Canberra Airport when new arrivals land in the ACT.

That could change soon though.

A spokesperson for the Government said it was exploring options about whether to make testing mandatory.