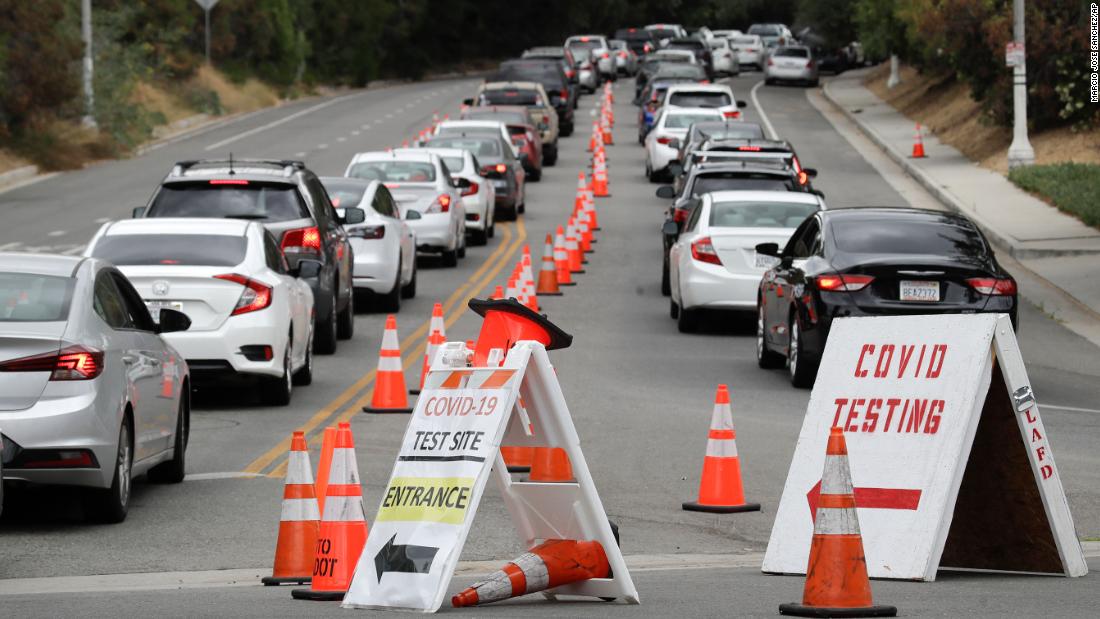 “What we hope is we can take it seriously and slow the transmission in these places,” said Dr. Anne Schuchat, the principal deputy director of the US Centers for Disease Control and Prevention, said Monday in a livestreamed event by the Journal of the American Medical Association.

“But what I think is very discouraging is we’re clearly not at a point where there’s so little virus being spread that it’s going to be easy to snuff out,” she said.

The US has reported more than 2.5 million cases of the virus and at least 126,140 deaths, according to Johns Hopkins University. State and local leaders have said the rise in cases are in part driven by gatherings, both in homes and in places like bars — which some experts have called the perfect breeding ground for the virus.

But public health experts have for long warned that some states also reopened far too soon and too quickly, cautioning the move could lead to more spikes in cases.

Over the weekend, California Gov. Gavin Newsom shut bars back down across seven counties and recommended their closure in several more. In Texas, bars were ordered shut while Florida suspended on-site alcohol consumption statewide. Arizona shut down its bars, gyms, and other businesses for a month. Beaches in Miami, Fort Lauderdale and Palm Beach were also ordered closed for the upcoming holiday weekend. New York Gov. Andrew Cuomo announced Monday the state will decide later this week whether to slow the reopening of indoor dining in New York City as it has “been shown to pose risks in other states.”

Even with renewed measures, one expert says there’s no proof that reclosing bars and other businesses will slow the resurgence of the virus in parts of the US.

“They’re trying to see if they can do this surgically, meaning just close bars or 50% restaurants and encourage use of masks or in some cases mandate masks and stop short of that full lockdown,” said Dr. Peter Hotez, dean for the national school of tropical medicine at Baylor College of Medicine. “What’s the evidence that that will work?

The rethinking of how to safely reopen the US comes as 36 states have showed an upward trend in average new daily cases — an increase of at least 10% — over the last seven days, as of Tuesday, according to data from Johns Hopkins.

In Los Angeles County, the health director said officials did “not expect to see this steep an increase this quickly.”

Since beginning to reopen several weeks ago, Los Angeles County has seen an alarming rise in cases and hospitalizations, health director Barbara Ferrer said. The county has tallied more than 100,000 confirmed cases, with a record single-day high of 2,903 new cases reported Monday.

“This period will be our second big test to see whether or not we can do the things, all the wisdom we have learned, to collectively apply that and to make sure we do our part to keep people living and to keep livelihoods,” he said.

“The number of hospital beds could become inadequate in the next few weeks,” Ghaly said. The county has only enough ventilators to last four weeks, and projections show a marked increase in mortality rates, Ghaly said.

In Southern California’s Riverside County, about 96% of all intensive care unit beds are in use, officials said Monday.

Over the weekend, the county reported its ICU bed capacity reached 99%, largely due to taking in overflow from neighboring Imperial County. There are 370 ICU beds now in use, down 3% from the weekend.

‘We barely survived the first shutdown’

Meanwhile, the climb in cases means many businesses across the country have been forced to shut down a second time, which some owners say may prove devastating.

In Texas, after the governor ordered bars closed again last week, one owner in Houston told CNN he is filing for unemployment.

And after Florida suspended on-site alcohol consumption, people running one Jacksonville bar said they were worried about what closing their doors a second time will mean.

“We barely survived the first shutdown and once we were allowed to re-open in Phase 2, were very strict about following all CDC guidelines,” a spokesperson for the Volstead bar said.

In Arizona, where the governor on Monday announced perhaps one of the most sweeping rollbacks yet, many businesses were forced to shut down, this time for at least 30 days. The order signed by the state’s governor prohibits large gatherings and pauses operations of bars, gyms, movie theaters, water parks and tubing rentals.

“Our expectation is that next week, our numbers will be worse,” Gov. Doug Ducey said Monday. “It will take several weeks for the mitigations we are putting in place to take effect.”

Don't Miss it Today’s coronavirus news: Tory expected to make face mask announcement for Toronto at 9 a.m. today; StatsCan says economy posted record plunge in April
Up Next Where did the coronavirus come from? | COVID-19 Special