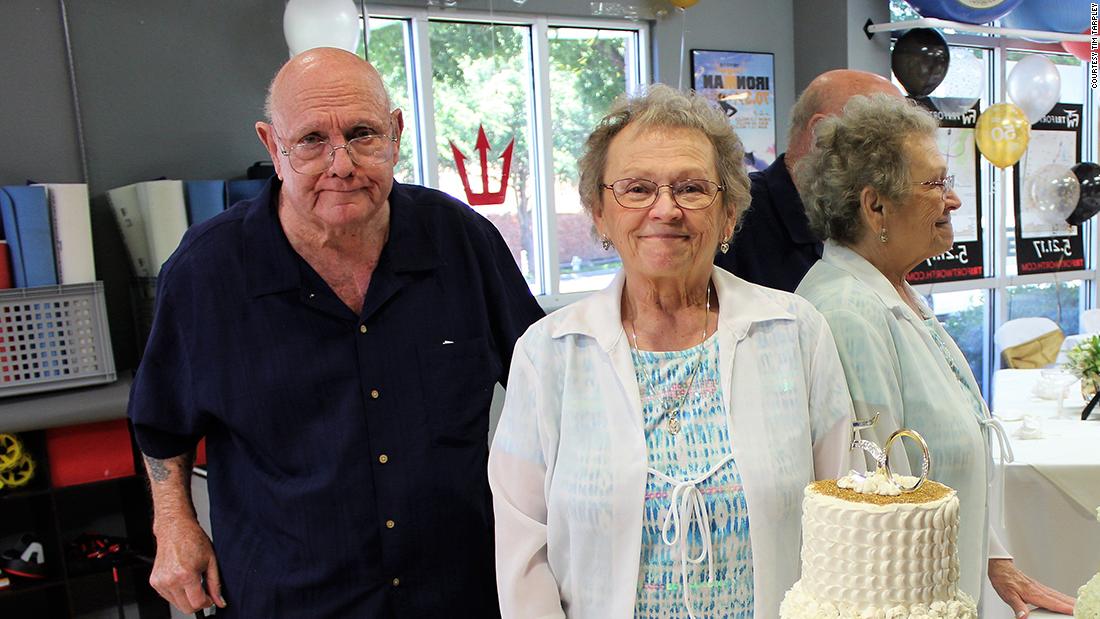 On June 18, after 53 years as a married couple, the two died from coronavirus within an hour of each other in a Texas hospital, spending their last moments together holding hands, their son told CNN.

Tim Tarpley said his mom, who was 80, had been sick for a few days when he took her to Texas Health Harris Methodist Hospital Fort Worth and found out she had Covid-19.

Tarpley, 52, said his dad was in the ICU and seemed to be doing well. Nurses had even been able to wheel Curtis to Betty’s unit, so they could spend some time together.

Betty’s condition declined, and Tarpley said she called him and his sister, Tricia, and told them she “was ready to go.”

It took him time to make peace with her decision.

“I just screamed ‘No!’ I was like, ‘I’ve got too much, too many other things to do in this life that I want to show you, and I’m not ready,'” he said.

Hospital staff let Tarpley and his sister visit their mom twice, he said.

On the first visit she was heavily medicated and didn’t really know they were there.

She was alert and cracking jokes when they came back the next day, but Tarpley said it was clear that she was uncomfortable and doctors said she didn’t have much time.

Tarpley said he called his dad to update him on his mom’s condition and told him how much he loved him.

Shortly after receiving the update from his kids, Curtis’ oxygen levels plummeted.

“I really feel like he like he was fighting because he was supposed to and once he knew she wasn’t gonna make it, then he was okay with, you know, taking it to the house,” Tarpley said. “I think he fought because he thought the team needed him, but he was also tired and he was in pain.”

It happened so quickly that Tarpley and his sister weren’t able to see their dad again.

‘The right thing to do was to get them together’

Tarpley said that a nurse he’d never even spoken to arranged for his mom and dad to be together. They had both decided to go on comfort care, which involved giving them heavy doses of medication to ease their pain.

“It felt like the right thing to do was to get them together,” said Blake Throne, one of the ICU nurses caring for Curtis. “I started inquiring about if it was even possible and then I started shaking the tree to try to get it done.”

Throne said it took a team effort, but they were able to move Betty to the ICU, so she and her husband could be side-by-side.

When another nurse told Curtis that Betty was there, he tried to look over at her. But Throne said he was very weak.

“His eyes opened and his eyebrows went up,” Throne said. “He knew what we said. He knew that she was there.”

Throne said he then put Betty’s hand on Curtis’ arm.

“I honestly think they were so incapacitated that all they could do was talk with their souls or something, a special unspoken language,” Tarpley said. “They obviously knew each other well enough that they could communicate without words.”

Betty died after about 20 minutes and Curtis died about 45 minutes later, Throne said.

Tarpley said the was grateful for the hospital staff’s empathy and kindness.

“That’s what makes them the best,” he said.

Tarpley said he doesn’t know how his parents got Covid-19, but he said he had to quarantine because he caught it from them. He said his mom and dad had mostly been in isolation since March, but he visited them every couple of days to check in.

That time together made their relationship even stronger, which Tarpley said gave him “another level of peace.”

He said the family and friends hope to be able to have a celebration of Betty and Curtis’ life next year.