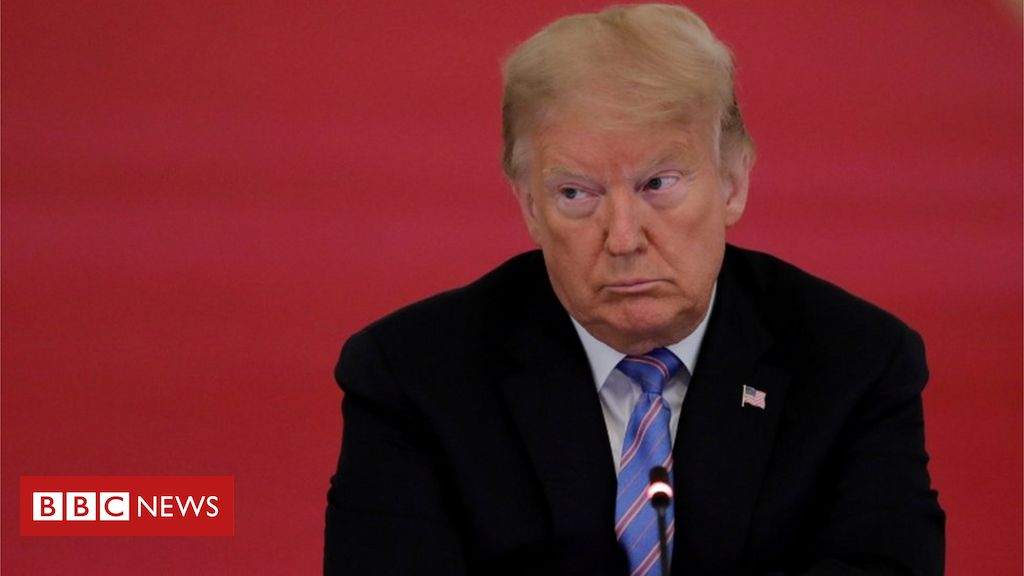 US President Donald Trump, long opposed to wearing a face covering in public, says he is “all for masks” and they make him look like the Lone Ranger.

He again predicted the infection would “disappear,” as the US hit a new record high of 52,000 virus cases in a day.

His remarks to Fox News come a day after a top Republican called on Mr Trump to wear a mask as an example.

The US now has nearly 2.7 million confirmed Covid-19 infections and more than 128,000 deaths, according to Johns Hopkins University, which is tracking the pandemic.

What did the president say?

When asked whether he would wear one, the president said: “If I were in a tight situation with people I would, absolutely.” He added that people have seen him wearing one before.

Mr Trump said he would have “no problem” with wearing a mask publicly and that he “sort of liked” how he looked with one on, likening himself to the Lone Ranger, a fictional masked hero who with his Native American friend, Tonto, fought outlaws in the American Old West.

But the president reiterated that he did not think making face-coverings mandatory across the US was needed, because there are “many places in the country where people stay very long distance”.

“If people feel good about it they should do it.”

Mr Trump was also asked in his Fox Business interview on Wednesday if he still believes coronavirus will “disappear” someday.

During Mr Trump’s forthcoming Independence Day celebration on 3 July at Mount Rushmore, his supporters in attendance will not be forced to wear masks or socially distance.

What has Trump previously said about masks?

When the US Centers for Disease Control (CDC) in April began recommending people wear masks or cloth coverings in public to help stop the spread of the virus, Mr Trump told reporters he would not follow the practice.

“I don’t think I’m going to be doing it,” he said back then. “Wearing a face mask as I greet presidents, prime ministers, dictators, kings, queens – I just don’t see it.”

But Mr Trump has repeatedly emphasised that choosing to follow the official health guidance around masks is a personal decision.

Last month, he told the Wall Street Journal that some people only wear masks as a political statement against him.

In May, during a visit to a factory in Michigan, he told reporters he took off a facial covering before facing the cameras because he “didn’t want to give the press the pleasure of seeing it”.

The White House has defended the president’s choice by saying everyone in contact with him is tested frequently for coronavirus, and so is Mr Trump himself.

The president’s daughter and senior adviser, Ivanka Trump, has also been spotted wearing a mask in public.

An ABC News/Ipsos poll found that in the last week, 89% of Americans said they wore a mask or face covering outside their home in the last week – a 20-point jump from mid-April.

Mr Trump has often been criticised by Democrats for downplaying the need to wear masks and politicising the idea.

But more recently, the president’s fellow Republicans and conservative media have joined the calls in favour of mask wearing.

On Tuesday, Tennessee Republican Senator Lamar Alexander said it was unfortunate that “this simple, lifesaving practice has become part of a political debate that says ‘if you’re for Trump, you don’t wear a mask, if you’re against Trump, you do”.

The recent surges have led to a number of states reversing or pausing reopening plans. About 20 states have mandated mask wearing in public.

Don't Miss it New Zealand health minister resigns as coronavirus cases re-emerge – National
Up Next What can we learn about the coronavirus from past pandemics? | COVID-19 Special