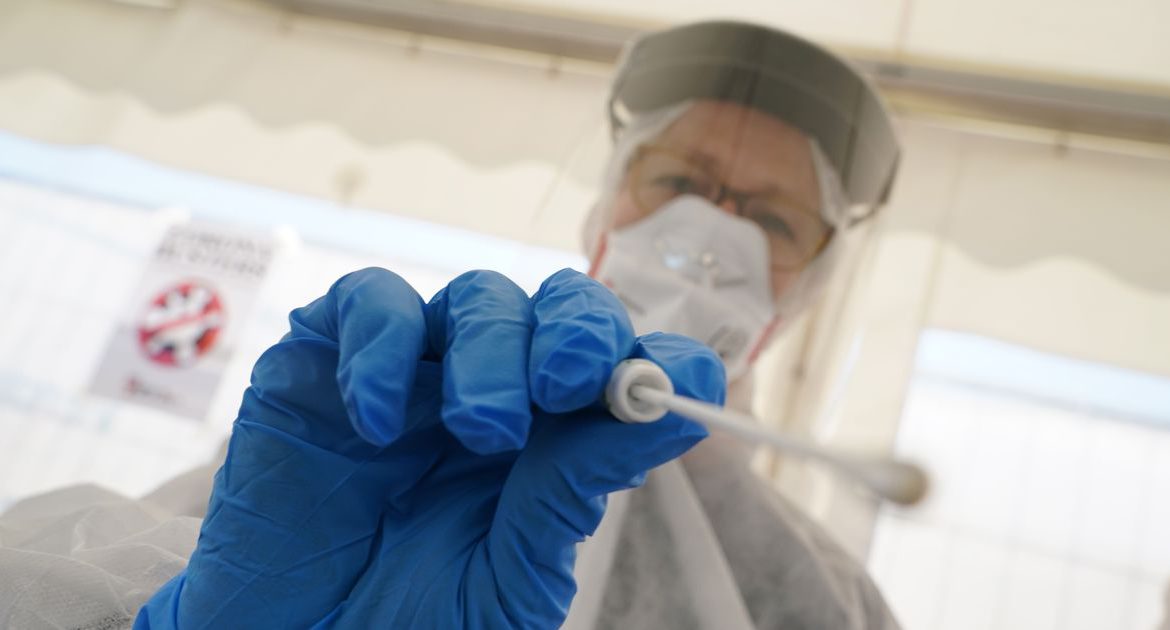 A third of all negative Covid-19 results are in fact positive due to the unreliability of the tests, leading Welsh doctors have warned.

Speaking to members of the Assembly’s Health, Social Care and Sport Committee on Thursday, representatives from the British Medical Association (BMA) Cymru and the Royal College of Surgeons (RCS) say the tests are not accurate enough.

Dr Phil Banfield, chairman of BMA Cymru Consultants Committee, said: “The difficulty here is the accuracy of the tests.

“With the antigen test, if you have a negative result, you have a one-in-three chance that it’s a false negative.

“So that doesn’t mean that you can then make the assumption that the asymptomatic patient hasn’t got Covid.”

He said the unreliability of the tests had led to some “discrepancies” in the way NHS staff have been treating patients subsequently.

“For example, it has been a requirement to have two negative antigen tests to be discharged back to a care home. And yet we are putting our doctors and staff back on the frontline without any testing just after seven days of their symptoms being better.

“Those kind of inconsistencies have been problematic.”

Dr Banfield added that there were also problems with the antibody test, which is carried out to see whether people have had the virus in the past.

“There’s an issue the other way round in that about 20% of the positive tests are false positives,” he said.

“And we don’t really know whether that translates into someone having immunity [from Covid-19]. We know there are at least three strains of the Covid-19 virus.

“So actually how this testing fits into making the overall service safe is really difficult. That’s why we really need to be cautious going forward.”

Dr David Bailey, chairman of the BMA’s Welsh Council, said the antibody testing was nothing more than a “population tool”.

“It’s also perhaps something to reassure people who had symptoms early in the pandemic that they have a degree of immunity,” he said.

Dr Bailey also said there is “increasing evidence” to suggest that people should seek to isolate themselves for 10 days, rather than seven as guidelines currently state.

“Any advice that you can go back [to work] if your test is negative but you still have symptoms – which was certainly the advice being given out early on – is not correct.

“If staff on the frontline of the NHS have classic symptoms, it’s almost certainly not safe for them to back, for [the sake of] all of their colleagues.”

Alice Jones, policy and public health affairs manager for the RCS, and Richard Johnson, RCS director in Wales, said the college has been calling for the testing of all asymptomatic surgical staff.

Mr Johnson said: “As we are doing more elective-type surgery, we are testing patients three days before they come in to give us some degree of confidence that they are negative.

“But they are walking into a hospital where none of the staff have been tested on the same basis. I think we are offering a dual standard. We need some consistency with the testing policy.

“We are recommending that staff are tested probably once a week if they are working in that sort of environment as a minimum.”

The BMA and RCS went on to agree that staff in primary care areas, such as those working in general practice, should be regularly tested for Covid-19 even when they don’t have symptoms.

“This is probably the way out in returning to normal services, pending a vaccine.”

Meanwhile, the clinicians stated that they would like to see “real-time” data on the number of tests being carried out at a much more local level.

They also voiced concerns about the 24 to 48-hour delay in the results of some tests being returned.

When asked about stress levels of staff, Dr Bailey said he would like to see more mental health support available.

“I think at the moment people are running on adrenaline, particularly in hospitals where they are dealing with acute patients,” he said.

“But there will be a comedown. People have had leave cancelled or deferred, and I think it’s important to make sure people look after themselves.

“There was a large mental health ‘shutdown’ at the start of all of this which was probably inappropriate because all of us in primary and secondary care are up against it.

“And we are seeing very anxious patients, and it’s been more and more difficult for them to access the talking care they need.

“We need to be looking carefully at the support being offered to both staff and patients.”

Dr Banfield said that health boards have set up wellbeing services for staff, but they have been staffed by psychologists drawn from services normally used for patients.

“There’s a real risk [as normal NHS service resume] that we drop an already exhausted workforce into a black hole,” he added.