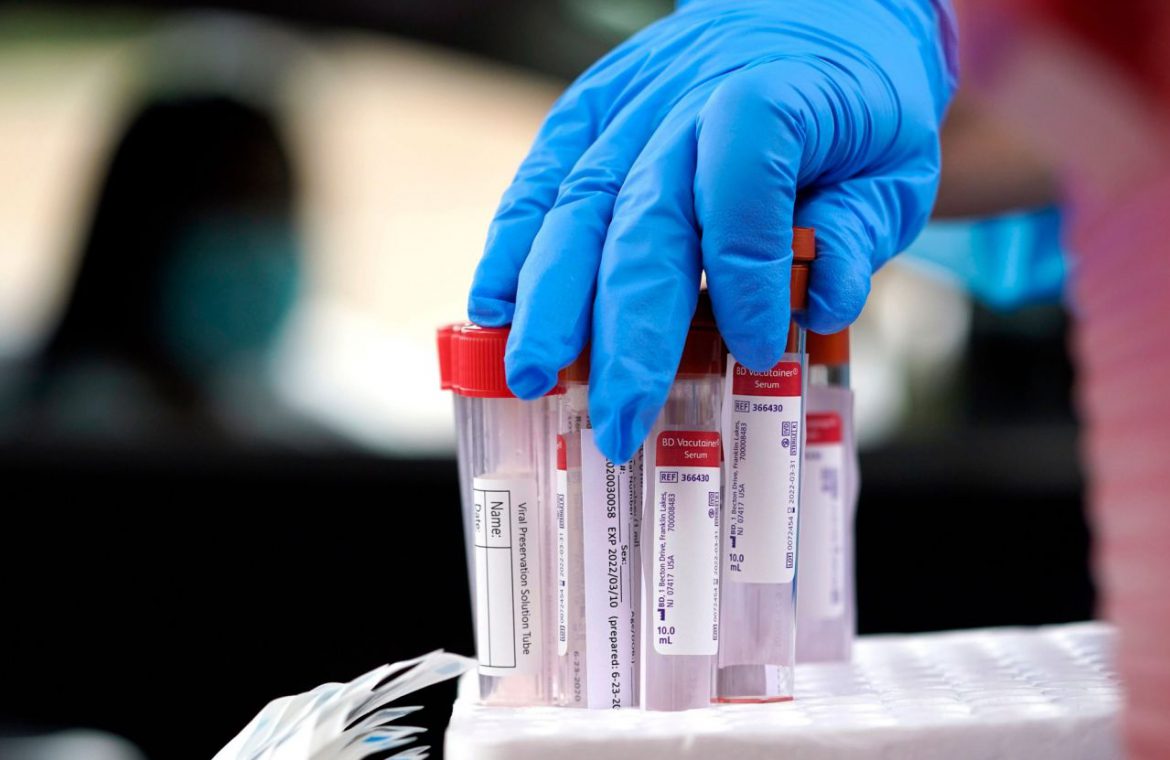 WASHINGTON – An average of 550,000 COVID-19 tests are being conducted every day nationwide – a significant increase from the roughly 300,000 being processed in May but far short of the nearly 1 million experts say are needed to ensure a safe re-opening of the economy.

The country could reach that million-per-day target by fall, U.S., Adm. Brett Giroir, assistant secretary for Health and Human Services testified during a hearing Thursday on the national stockpile of critical supplies convened by the House Select Subcommittee on the Coronavirus Crisis.

Experts say some of that increase is due to wider testing but mostly to an actual rise in cases due to greater exposure as communities relax social distancing restrictions. The increases have prompted some states to put their re-openings on hold.

Coronavirus cases now are rising by more than 50,000 per day, a record high. Roughly 2.7 million Americans have been infected with the virus and more than 128,000 have died, according to Johns Hopkins University.

“We are not flattening the curve right now,” Giroir told lawmakers. “The curve is still going up.”

In May, Ashish Jha, director of the Harvard Global Health Institute, told the same committee the country risks a coronavirus relapse if social distancing measures are eased without knowing who has the virus and who doesn’t. That would require conducting nearly a million tests a day.

“It was inadequate testing that precipitated the national shutdown,” he said then. “We must not make the same mistake again as we open up our nation.”

More: ‘In fact, we will be doing more testing’: Fauci says he was never asked to slow coronavirus testing

The news on accelerated testing comes nearly two weeks after Trump told thousands of supporters during a June 20 campaign rally in Tulsa, Oklahoma that he has reservations about increased testing.

The president also has tweeted that “we would show fewer cases” with less testing.

Last week, Anthony Fauci, the top infectious-disease expert at the National Institutes of Health, told a separate congressional committee he was not aware of any directive from the White House to slow down testing or contact surveillance which he said were fundamental to “understand exactly what’s going on in community spread.”

More: ‘In fact, we will be doing more testing’: Fauci says he was never asked to slow coronavirus testing

Giroir told the coronavirus panel Thursday that some 35 million test have been conducted nationwide since the pandemic landed on U.S. shores earlier this year. By fall, testing could reach 40 million to 50 million per month, or more than 1 million a day, he told lawmakers.

That volume could grow even higher, he said.

“But with emerging techniques like pooling of samples combined with investments in point-of -care technologies, that number could easily be 80 million available per month if they are needed,” he said.

Don't Miss it Coronavirus: What Victoria and Australia are going through is our fault and it was not necessary
Up Next How does the coronavirus affect the prison system? | DW News