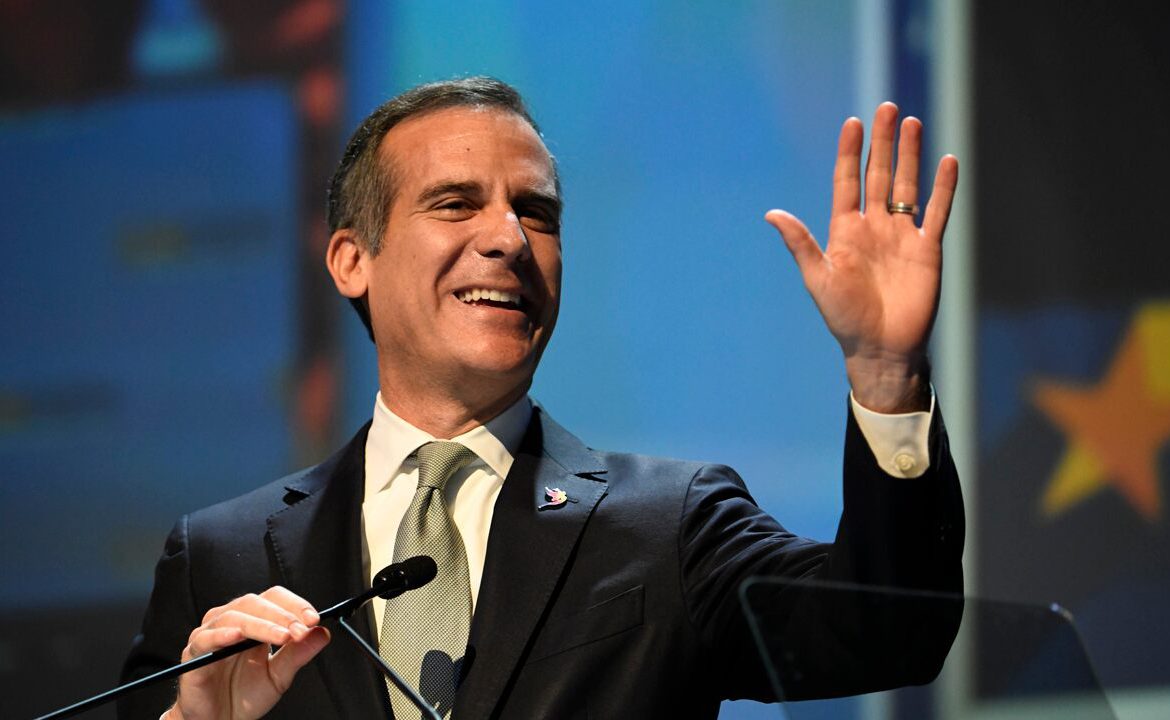 Garcetti, a Democrat, was speaking at a press conference concerning the recent Black Lives Matter protests in Los Angeles when he was asked if the demonstrations were contributing to the spread of COVID-19.

He claimed he’d consulted with Dr. Barbara Ferrer, LA County’s director of public health, and determined the protests were in fact contributing to the spread of the virus.

“I talked again with Dr. Ferrer about that this morning. She does think some of the spread did come from our protests,” he said. “It’s not the act of protesting – that’s a great and American thing to do no matter what your opinion is… but protesting without maintaining physical distancing, without wearing your mask, without having sanitizer – we just have to be smart. Whether you’re at a protest or at your home, whether in your workplace or whether you’re out shopping, these rules don’t change.”

He added, “We do believe there is a connection, we don’t believe that everybody has been doing this safely and wherever you can, please stay at home.”

Fox News reached out to the County Health Department for comment and received a video of a Wednesday interview with Dr. Ferrer, where she affirmed the statement.

“In situations where people are close together for longer periods of time and it’s very crowded, we are certain that there is going to be spread. So, we’ve never said that there’s no spread from people who were protesting,” she explained.

After being asked earlier in the video if government officials were downplaying the protests’ effect on coronavirus stats, she said, “We’ve been really honest and said from the beginning that for any people that are in crowded situations for long periods of time – which long for us means more than 15 minutes – where you’re in close contact with people, less than six feet apart and people aren’t wearing a cloth face covering you have a heightened risk of either transmitting the virus if you are an asymptomatic spreader, or getting the virus from someone else who is spreading because they also are an asymptomatic spreader.”

This clashed with statements made by Garcetti during the Tuesday press conference, however, where he called the idea a hypothesis and minimized the potential impact mass public demonstrations were having on the number of COVID-19 cases in the city.

“We follow the data closely,” he said, according to Fox 11. “There’s no evidence yet that the protests led to much spread though it’s something that Doctor Ferrer has hypothesized, but we haven’t seen any conclusive evidence there.”

Fox News reached out to Mayor Garcetti’s press office for followup, but they did not return the request for comment.