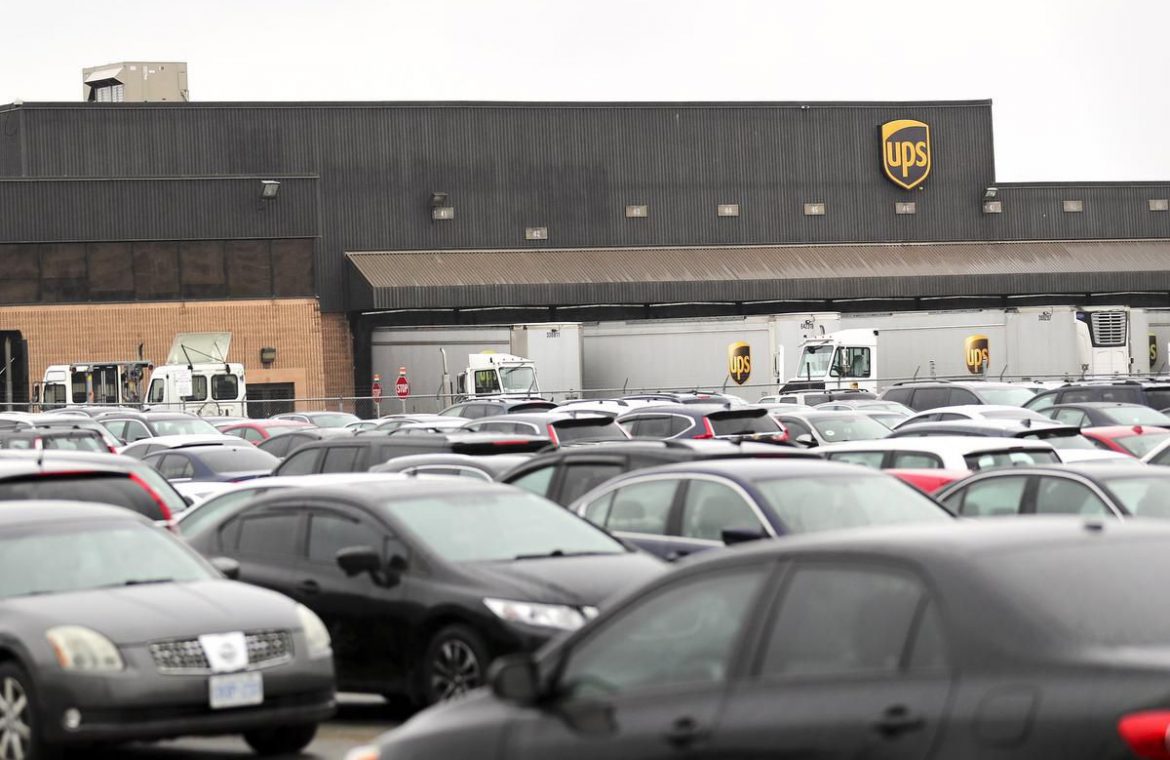 Toronto’s northwest corner — which has been hardest hit by COVID-19 — is part of a larger hot spot of vulnerability that extends beyond the edges of the city, suggesting a broader regional cluster of high infection rates that defies boundaries and is exploiting socioeconomic inequalities, according to experts and public health data.

Officials are still trying to puzzle out why Toronto’s northwest corner has seen the city’s highest infection rates, and who, exactly, has been impacted most.

Recent reporting from the Star found that these neighbourhoods have some of the highest concentrations of residents who are low-income, racialized and living in cramped housing while working in higher-risk sectors like manufacturing. These findings were echoed Thursday by newly released data from Toronto Public Health showing that neighbourhoods with these characteristics were correlated with higher case counts.

This week, public health units across the GTA — including Toronto, Peel, York and Durham — held an inaugural meeting to discuss how to address common issues related to COVID-19, including how to better transfer information and identify cross-border patterns. The next meeting will focus, in part, on Toronto’s northwest corner, “given the possible inter-jurisdictional impact,” Toronto associate medical officer Dr. Vinita Dubey said in an email.

Unlike Toronto, Peel does not have just one geographic region where the highest COVID infection rates are concentrated. Its map of COVID cases has several patches of darkly shaded areas, indicating where rates are highest.

But one hard-hit cluster appears next to Toronto’s northwest corner, just across the highway dividing these two regions. The neighbourhoods that straddle this border share similar socioeconomic characteristics, census data suggests.

In that Malton neighbourhood (defined by census tract), 26 per cent of households are low-income, more than double the average in Peel. There are also higher rates of overcrowding, with 23 per cent of homes classified as unsuitable, meaning there are not enough bedrooms to accommodate the households living there.

Meanwhile in York, which shares Toronto’s northern border, the public health unit’s COVID map shows that one area where infection rates have been higher is along the southwestern border with Toronto. Workplace outbreaks, including in Vaughan’s manufacturing sector, have also largely infected workers who live in Toronto, according to medical officer Dr. Karim Kurji.

“We’ve known for quite some time that there are significant linkages between places such as northeast Brampton, North Etobicoke and southwest York,” said Dr. Lawrence Loh, medical officer with Peel Region.

“I still remember when we had our first few cases in Peel Region, the interconnections we (saw) when we conducted contact tracing … it became very clear that there are no invisible walls that exist between Toronto and Peel and York.”

Viruses don’t stop at regional borders; nor do the systemic issues that make certain people more vulnerable to COVID, said Nation Cheong of United Way Greater Toronto, whose research has mapped a growing number of low-income neighbourhoods in Toronto’s northwestern corner, and across the border, in Peel.

These are some of the same neighbourhoods highlighted on the COVID maps released by Toronto and Peel, that show the uneven way the virus is affecting communities across the GTA.

“When you overlay the maps, you see a direct correlation,” Cheong said. “What this clearly shows us is that growing income inequality, and the vulnerability that is inherent with that, has no boundaries.”

Many Peel communities closest to Toronto’s northwest corner are also “very closely connected across employment and cultural lines” to their Torontonian neighbours across Highway 427.

This part of Peel is the logistics, warehousing and manufacturing hub of the GTA because of its proximity to the airport, Loh added. This hub may also be an important employment region for people living in Toronto’s northwest corner, where Mississauga and Brampton are among the top four workplace destinations for residents in these neighbourhoods, according to Statistics Canada data.

These “are places where people are precariously employed and where people can’t necessarily work from home,” Loh said. “Pretty much all of the outbreaks we have seen, at least in the city of Brampton, have been related to facilities of that nature: shipping facilities or warehouses, or large manufacturing or processing plants.”

In mid-June, Peel released preliminary findings from its collection of race-based data on COVID cases, finding that a “disproportionate burden of illness is experienced by racial and ethnic minority groups.”

The most commonly reported races were South Asian (28 per cent), East/Southeast Asian (16 per cent) and Black (15 per cent). White was reported for 27 per cent of cases; according to census data, people who are not visible minorities make up 38 per cent of Peel’s population.

For Varsha Naik, executive director of The Regional Diversity Roundtable in Peel, “definitely race is a factor in considering the impacts of COVID and considering how well supported individuals are in these communities.”

“Looking at certain neighbourhoods being harder hit, you cannot miss the point in asking the question, why is that so? Is the quality of life a factor? Is poverty a factor? Is race a factor? Is lack of sufficient resources in certain communities a factor?” she asks.

“Yes, we are all at risk, but we are at different (levels of) risk.”

In one Peel census tract near Toronto’s northwest, 23 per cent of people are low-income, 22 per cent live in unsuitable housing, and 13 per cent work in manufacturing — some of the highest proportions in the region. This area has the fifth-highest COVID rate in Peel.

One Brampton neighbourhood, which has the region’s fourth-highest infection rate, is just a few minutes’ drive from Toronto’s northwest corner, on the border with York. This census tract is almost entirely made up of visible minorities (94 per cent) and has the region’s highest percentage of residents who work in retail (16 per cent) — a sector that employed many essential workers during lockdown.

York Region medical officer Dr. Karim Kurji said he first started investigating the possibility of clustering along his region’s southern borders about a month ago, when Dr. David Williams, Ontario’s medical officer of health, saw data from Toronto that showed clustering in its northwest corner.

According to Kurji, Williams asked him and Peel Region to investigate “whether there were any clusters in the northwestern part of Toronto … around the border between Peel and York region.”

“At that time, I think we did see some concentration in York Region that was abutting on those areas,” he said. “Our hypothesis was that there are many workers that live outside the region, and it is possible that they are living on the borders of York region.”

Kurji said his health unit is still exploring these questions. He agrees that workplace outbreaks in York — particularly in the manufacturing sector of Vaughan — could be affecting specific Toronto neighbourhoods like the northwest corner where employees are potentially concentrated.

As of June 22, York Region had 475 cases tied to workplace clusters or outbreaks (defined as two or more cases), largely in manufacturing plants and warehouses — and nearly half have infected workers from Toronto.

Vaughan, meanwhile, is a leading work destination for residents of Toronto’s hardest-hit northwest neighbourhoods, according to data from Statistics Canada.

“We really have to try and pursue this virus wherever we think it’s hiding,” Kurji said.

Experts agree that it’s right for public health resources to focus on Toronto’s northwest corner, where COVID rates have been highest, but those efforts must extend beyond the regional border.

“One question is — are we seeing just one (hot spot)? Or are we just seeing the Toronto portion of a larger hot spot?” asks Dr. Stephen Hwang, director of the MAP Centre for Urban Health Solutions at St. Michael’s Hospital. “Is it truly restricted to that area?”

COVID has made clear that co-ordination and collaboration are crucial to stopping the pandemic and addressing the systemic issues that appear to be putting some communities at higher risk, Cheong said.

“It demands regional co-ordination. It demands systems coordination, across Peel York and Toronto.”