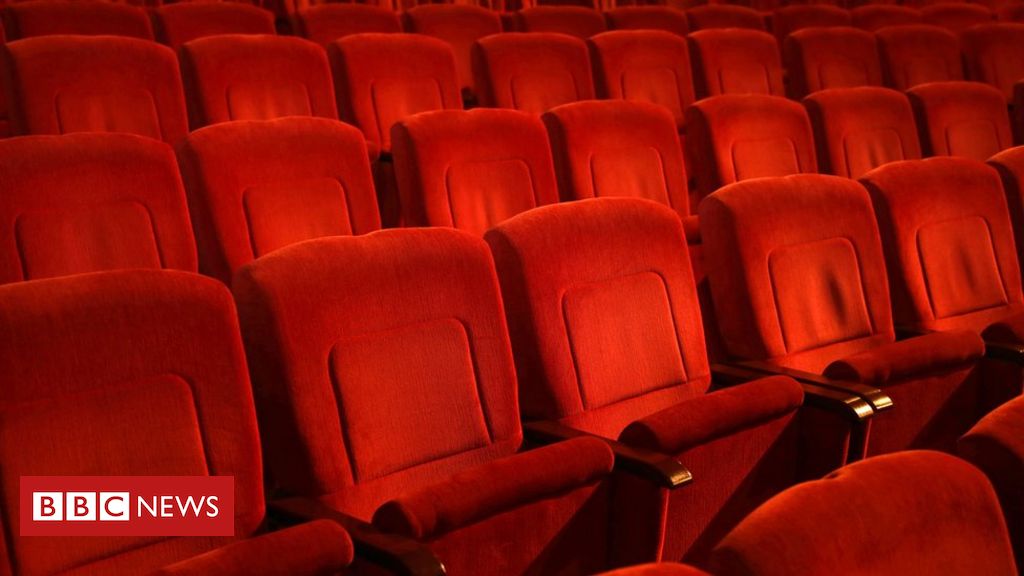 The government has unveiled a £1.57bn support package to help protect the futures of UK theatres, galleries, museums and other cultural venues.

It follows several weeks of pressure, with industry leaders warning that many venues were on the brink of collapse.

Independent cinemas, heritage sites and music venues will also be eligible for the new emergency grants and loans.

Guidance for a phased return of the performing arts is expected to be published by the government shortly.

A string of theatres have announced plans to make staff redundant in recent weeks, after being closed since the coronavirus pandemic took hold earlier this year.

The announcement of the new funding comes just two days after theatres across the UK were covered in colourful messages of support.

The rescue package has been warmly welcomed by many arts leaders, some of whom said they thought it to be at the upper end of what had been hoped for. The Culture Secretary, Oliver Dowden, who has been under pressure from the arts and heritage sector to deliver a meaningful funding solution to a crisis brought about by Covid-19, feels vindicated that his behind-closed-doors approach to negotiations with the Treasury has paid off.

As always, the devil will be in the detail. The government has not specified how the money will be divided between competing art forms or regions, nor how the application process will work. There will be winners and losers.

And then there’s the elephant in the auditorium: when will the rules around social distancing in performing arts venues be relaxed to allow the show to go on?

Many theatre producers are baffled by what they see as ‘one rule for them, and one rule for us’, approach by government, particularly when it comes to travel. Why is it OK for people to sit side-by-side on a train or plane for hours but not in a theatre, which they argue is a much more controllable environment? As far as they are concerned, that is the billion dollar question.

How will the money be spent?

The £1.15bn support pot for cultural organisations in England is made up of £880m in grants and £270m of repayable loans. The government said the loans would be “issued on generous terms”.

Funding will also go to the devolved administrations – £33m to Northern Ireland, £97m to Scotland and £59m to Wales.

A further £100m will be earmarked for national cultural institutions in England and the English Heritage Trust.

There will also be £120m to restart construction on cultural infrastructure and for heritage construction projects in England that were paused due to the pandemic.

The government said decisions on who will get the funding would be made “alongside expert independent figures from the sector”.

What else has the government said?

Prime Minister Boris Johnson said: “This money will help safeguard the sector for future generations, ensuring arts groups and venues across the UK can stay afloat and support their staff whilst their doors remain closed and curtains remain down.”

The government said the money “represents the biggest ever one-off investment in UK culture” and will help struggling institutions “stay afloat while their doors are closed”.

Mr Dowden described arts and culture as “the soul of our nation”. He said: “They make our country great and are the lynchpin of our world-beating and fast growing creative industries. I understand the grave challenges the arts face and we must protect and preserve all we can for future generations.”

However, the Conservative chairman of the House of Commons culture select committee, Julian Knight MP, said more action would be needed.

“This is the first step to help prevent some of our major cultural institutions from going under,” he said. “This money is welcome and should take some out of the danger zone, if only temporarily. But to secure their long-term future there needs to be a targeted sector deal, possibly involving more generous tax breaks.

“We know that 1m social distancing doesn’t work economically for most theatres and venues in the UK. We ultimately need to have a means by which these organisations can open safely and gain the confidence of the public. We’ll await further details in the guidance when it is published.”

What has the industry reaction been?

Arts Council England, the Royal Opera House, the Music Venue Trust, the Society of London Theatre and UK Theatre were among those to welcome the funding.

He said: “Now it’s up to the arts organisations and the Arts Council to make best use of this money and bring the arts back into communities across the county. This announcement gives us the tools to help build a recovery.”

He added: “This fund provides the opportunity to stabilise and protect our vibrant and vital network of venues and gives us the time we need to create a plan to safely reopen live music.”

Julian Bird, chief executive of the Society of London Theatre and UK Theatre, said it “hugely welcomed” the funding.

“Venues, producers and the huge workforce in the theatre sector look forward to clarity of how these funds will be allocated and invested, so that artists and organisations can get back to work as soon as possible,” he said.

Philippa Childs, head of the Bectu union, said: “At long last the government have woken up to our warnings and those of the whole creative sector, that without support, we stood to lose a huge amount of our world-beating creative industries.

“We will now be scrutinising the details of this package to make sure it lives up to the real needs of our sector.”

Don't Miss it Grieving in the time of coronavirus: how has the process changed? | The Drum
Up Next Today’s coronavirus news: Canadian troops en route to Latvia forced to turn around after COVID-19 scare; two Americans charged in Ontario for Quarantine Act violations